Hey everyone, For work I’m trying to put together a workstation for Industrial Design work. I am going to be using this for 3d modeling and animations. Our main software is mostly all of Autodesk Design Suite. Adobe CCS Suite. and Keyshot. I use to build a lot of computers in the past, but it’s been a while. I’m sure all of the components are compatible but could use some more eyes. Any advice on specs would be great!

My full specs are on Pc Picker http://pcpartpicker.com/p/1PENO

here are the basic components:

That seems like it will work just fine.
If you follow this link to the Keyshot forum, users post their computer specs then the frames per second they are getting (out of the same stock scene). Faster FPS will translate to faster render times.

You have a solid list for sure - it looks like you have a good handle on hardware still! Just have a few nitpicky thoughts:

I would replace the 2gb Q4000 (~$700) with a 4gb GTX770 (~$450-500) and a 128gb/256gb solid state drive (~$130/180) for the same (or less) money. Unless you’re doing some serious random math (decryption, protein synthesis, etc), the Quadros bring very little value to our table while costing twice as much for slightly less practical processing power. The Geforce cards are still very (if not moreso) capable for GPU rendering (both dedicated scenes and program interfaces). Additionally, more GPU memory allows for more polygons to be stored in the card allowing for more detail or otherwise larger scenes in GPU renders. EVGA, linked above, offers incredible customer service to boot.

In regards to an SSD, I believe you would be pleasantly surprised with the amount of time you will save having Windows, Autodesk, Adobe, Keyshot and whatever else you use daily on the SSD with your other resources stored on your hard disk. Several seconds off the start of each program and other assets (and your PCs cache, cached program elements, etc) can save you some useful time and patience. For anything workstation related, I still contend that one 128GB SSD will pay for itself inside of 2-4 months in time saved.

Another suggestion (extremely nitpicky) is to replace the G.Skill (great bang for the buck) 1.5v memory with something that runs at 1.35v. The higher stock speeds, especially with cheaper memory, are almost exclusively achieved by factory overclocking the memory 15% creating avenues for incompatibility and finicky settings when building a PC. For an extra $10, you can get rock solid 1.35v modules that you can then overclock if you choose. In my experience, any issues building a PC have stemmed from the memory and the practical difference between DDR3 1600 and 1833 is almost nil.

One last thing: Its worth noting that your CPU cooler is ~6.2in deep and the case you picked is only 7.6in deep (outside to outside I would presume) leaving you only 1.4in for the thickness of the case, motherboard/processor and standoffs. There is a chance it will be a hair tight. Maybe a flatter cooler where the fan faces the hole in the side of the case would be a better match. If you’re up for something a little different, you could mount this (~$60) to the side of the case and very effectively cool the processor. I have a similar unit that keeps my processor very cool during 10+ hour renders. Depending on how much rendering you do, proper cooling could be a moderately important aspect of your build.

Solid build, definitely add an SSD though even if it’s a smaller drive for just the OS and programs - that will be the best ~$100 you’ll spend. You can’t go wrong with most drives but the Samsung 840’s are solid.

If you plan on overclocking, the hyper 212 really isn’t well equipped to go very far on the 4770k. You should be easily able to bump the 4770k to 4.4-4.5ghz but if you’ll be using the machine for a lot of renderings consider either a closed loop water cooler like a Corsair H100 or a good air cooler like the Noctua-DH14.

Thank you all for the advice! The cooling I will change for sure. And I agree, I think now getting a good quality SSD will be worth it. I just had one in my system that died, but I’m sure it was a cheap unit. As for a video card, I already have the Quadro, But if we build more systems for the team I’ll consider EVGA cards with the 4Gigs. Who knows the quadro that I already have may even come in handy for some of the engineers doing their insane energy transfer simulations. (company is working on wireless energy propulsion systems)

Honestly if you aren’t doing anything GPU heavy (unless you want to play Battlefield 4 in the after hours) the 770 is overkill, but a lot more bang for the buck obviously. Most software won’t use anywhere near 4 gigs of ram, even most ultra intensive games on super high resolutions won’t hit get close to that memory barrier. Something in the sub $200 range like a GTX 660 is probably all the GPU you need for most CAD work.

Timely thread for me. What do you think of the Intel Core i7-4960X- Is it better to stick with the 4770 for cost optimization? 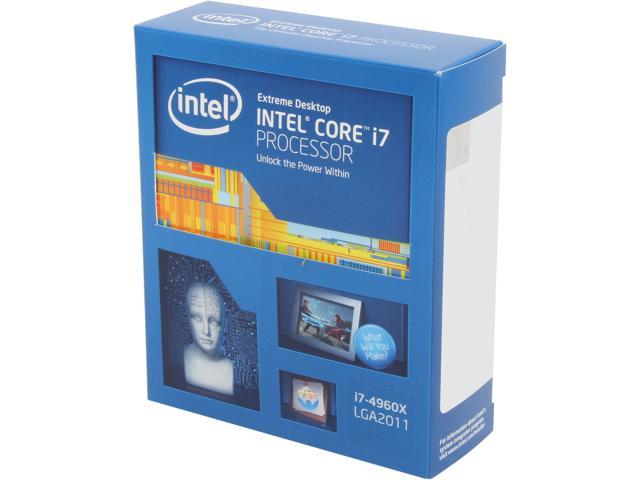 What is your main goal for the PC?

If intensive rendering is your thing, the 6 core chips are going to give you a noticeable bump in performance.

If you don’t spend most of your time rendering and are on a budget, the 4770k, especially with a light overclock (which is very easy to do these days) will give you very similar overall performance, especially if most of your apps are single threaded (like most CAD software is).

If rendering intensive is your goal, you can also consider going with the cheaper 4930k, adding a solid liquid cooler like a Corsair H100i, and likely bump the CPU past 4ghz and save a few hundred dollars.

I personally stuck with the 4770k. If rendering really is your priority, I’d rather build 2 4770k systems and use one as a render farm for the price of a $1000 CPU.

All other things being equal, a 50% increase in raw compute power means youll have a 33% decrease in compute time. In a practical sense, these numbers will be a hair lower and tend towards zero as the original compute time approaches 0ms simply because there are other factors in play in addition to the CPU. That basically means that your biggest returns will be seen in long renders and other tasks like FEA while menial tasks like web browsing (for example) will see no/minimal benefit.

There is not much of a reason to avoid the six-core processor outside of price and motherboard options. Whether the $800+ premium costs more than the time a computer is rendering (otherwise locked up and borderline unusable in some applications) depends on your circumstances.

Depending on the number of computers this may be deployed on, a dedicated render farm made with $400 PCs (more hairs > splitting hairs) that share one monitor can be a lot more economical as the workstation will not be locked up for any amount of the render time. Or, depending on how often the computer is used for long processes, another computer may be a better option for a similar price since work can still get done.

Awesome- Great information. I would be rendering but I am not planning on doing that consistently. Mike- your idea of two workstations actually would work for me since I have a case that has been beat up from transportation and could be the start of a nice render node.

rrettger- good points. I dont render as much simply because the station gets locked up. Maybe a small render farm makes sense.

I’d go with the 4770k then. If you are just rendering you may not even need a GPU either, the integrated GPU may be good enough to open the software and hit the render button (depending on the package you run, many offer options to shoot a render over the network, the machine can just live in a closet or under a desk with no display).

Just an FYI,
If you are planning on using Keyshot for your renderings, it doesn’t use the GPU to process the renders (Hypershot does) just the brute force of the CPU. The new version lets you allocate how many cores Keyshot will use.