About a few hours ago, my desktop computer ceased to function. Ive tried switching cables, waiting a bit, and all the typical troubleshoot activities, but to no avail. Luckily it wasn’t my only computer, and I am writing this post with my laptop. However, I have been working both on my laptop and my desktop for the past 2-3 months. And I did not back up my work from the desktop at any time. I’ve lost about 50% of school work and about 90% of freelance work that was still a work in progress.

There is not much I can do about the computer, it seems to be fried for good. One last thing, I will do before sending it to its grave is to see if I can get an external case to transfer the internal hard drive files, if the hard drive is still functional.

So, has this happened to any of you?
If so, share your horror stories.

Are you getting zero power? Any lights on the mother board? If no, it could be a fried Power Supply.

I seriously doubt that your hard drives are fried. Put them in an external enclosure and they should mount fine. Also a good time to re iterate the importance of backing up your files regularly. With external 2TB HD’s less than $100 its no excuse not to have multiples.

As for horror stories. I have an old portable that stopped mounting on me. It had all my movies on it. I’ve tried everything imaginable to get it to mount, in hopes of recovering the data. Still no luck. I never did back up those files anywhere.

Same thing with my windows partion. I cant find my 3d files for my power tool project, which makes re donig the project for my portfolio a bit tough.


So now everything is backed up twice. And both copies are kept in separate locations. One at school and one at home.

Was it a total meltdown? Seems weird that a majority of the components would go kaplow at the same time.

My harddrive crashed in bootcamp mode a while before graduation, luckily i had used plenty of timemachine. Didnt help much for the windows installation, but it was possible to put it in an external casing and cherrypick the important stuff.

Did a total teardown of the same mbp yesterday, the heat sinks were sooo clogged and the thermal paste was all over the place (thank you foxconn). Lowered the temp from 97 Celcius to 70 in heavy usage. I didn’t do this earlier because I wanted to have my thesis done and delivered before I tore it down completely. It has served me well for almost 5 years now with an insane amount of uptime. It’s almost a shame to replace it with a new one.

I was a computer technician for 8 years prior to going into ID. If it’s not a hard drive problem, all your files are still on the harddrive and can be easily copied over. Take it to a computer technician if you’re not familiar how to do it. Not sure what type of harddrive you have (IDE or SATA), but can et the appropriate XX to USB adapter to transfer the files. Or find another desktop PC and plug in the IDE or SATA cable to it and access it from there.

You should most likely be able to fix your PC, if there’s no power it could be a power supply as mentioned about. If so it could be simple $100 fix. You can replace your motherboard too if that’s the problem. That’s what happened to mine the last time. I just ended up upgraded my setup (new motherboard, CPU, memory setup), which basically made it a new PC setup for 1/4 of the cost of a new one.

See above. Don’t toss it!! It could be something as simple as a fried power supply.

Oh, and for God sake get something like Dropbox and BACK UP YOUR WORK!!!

As suggested, it was indeed a PSU problem. My 600w PSU was fried and I had it replaced with my old nonfunctioning desktop pc’s 350w PSU. Problem fixed?

Maybe… you may not have enough power if you went from 600 to 350. Likely just a temporary fix.

Or just buy a new PSU, or buy a harddrive enclosure (they’re cheap) and back up to your laptop. Seriously, every designer should keep a backup (minimum 1, best to have 2+, not including dropbox) of their work. You can do selective backup so it doesn’t sync your music/movies, but it syncs your design work. I keep 2 backups, one with me at all times, and one 2x a year at my parents home in California when I return.

How do you set up automatic backup on pc? 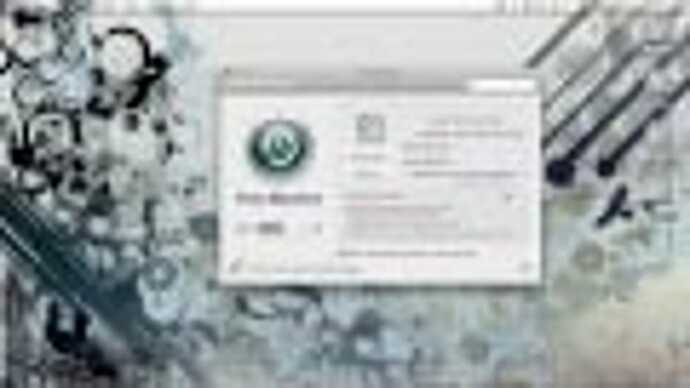 How to Back Up Your Computer to an External Drive

You never think losing your files will happen to you until it actually does, and you're caught without a backup. Backups are extremely easy to keep, so there's no reason not to have one. Here's how to set one up.

@tarngerine
Just read through it, sounds simple enough, thanks for the link.

As a fellow student I can’t reiterate how important it is to BACKUP your work. I lost my USB pen last winter (I have a sneaky suspicion it fell out of my bag and into the snow) lost about 2 weeks worth of work. Absolutely gutted…but lesson learnt!