What is the role of Computational Design in Industrial Design?

A series of experiments in how we might design physical objects with code.

Tell me what you think!

What if tweets were a building material? What if you could make a table out of them? 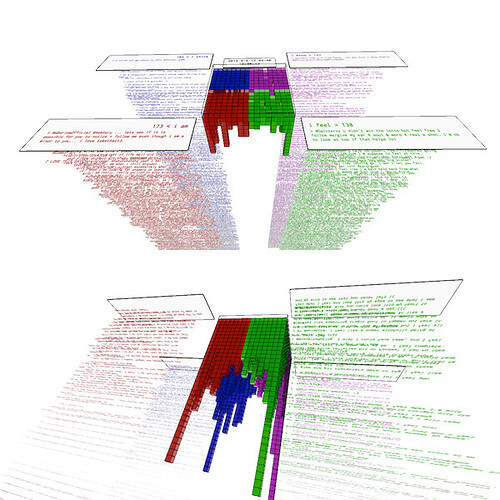 TwitterTable1.jpg600×600 123 KB
Or perhaps Twitter is too modern and frivolous. What if you could make a table out of Shakespeare’s Hamlet? 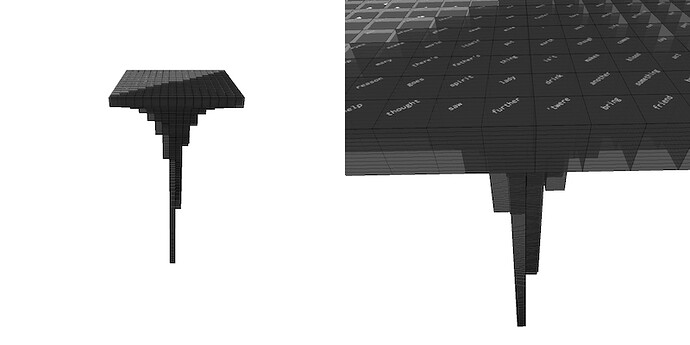 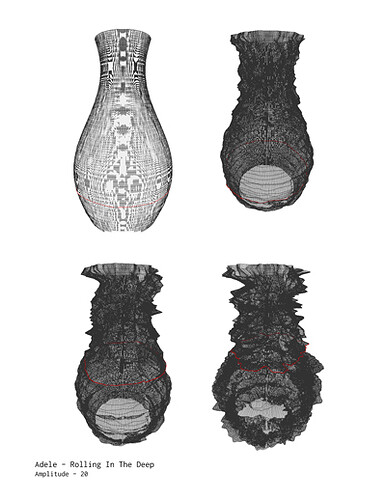 Grasshopper3D is a popular tool for algorithmic design. There are many experiments in that field that you will likely find interesting.

What if tweets were a building material? What if you could make a table out of them?

One could make a table out of tweets, but it would be limited to a height equal to it’s literal depth, i.e. 140 microns.

Is this the future of design?

No, it transposes information onto shape and the resulting aesthetic is abstract. Abstraction is not a valid form for connecting with a mass audience.

It has an application in algorithmic art.

I think there is room for computational design in the virtual space. Gaming and Sims style worlds are very appropriate for such design explorations.

There is a new push from the 20 something generation to try and digitize the physical world and vise versa. Although novel and new, it does not travel well outside of this generation. If this trend is to be successful, the decades of kinaesthetics research needs to be dbased and added to any algorithmic design that will interact with the human in the physical world.

Weird Science is still a movie from the 1980s…

In design the ends justify the means. I would say the examples if ends above have not justified their means.

I actually find the Hamlet table pretty cool. If you somehow realize it as a physical functional object and provide the background story - it would definitely make the c77 front page

How would you be able to receive/write a design brief and a product specification, and then design to fill those using this method? And if you could, why would you? I wouldn’t call this design. Not sure if I’d call it art either - art implies there’s an artist. It sure looks cool, but the act of creating that cool is more of a lab experiment and not a synthesis of logic and emotion that is design.

In design the ends justify the means. I would say the examples if ends above have not justified their means.

Perhaps you’re right. But what would justify their means? If they were more beautiful/more polished?

There is a new push from the 20 something generation to try and digitize the physical world and vise versa. Although novel and new, it does not travel well outside of this generation. If this trend is to be successful, the decades of kinaesthetics research needs to be dbased and added to any algorithmic design that will interact with the human in the physical world.

Brilliant! Let’s do it! Digitize it all and send me a link!

Why are we doing the same user studies over and over? The information is out there, why not use it and add to it as quickly and easily as possible?

It is definetly neat, but here are a few things that come to mind for me:

First: the user is not going to read a story about why the table is a certain way, the object has to tell the story. It is not an intellectually understanding as much as an emotional feeling. My emotional understanding of those tables is something pixilated, not made by hand, programmed. It would lend itself to a table about PAC-man, not Hamlet which is the complete opposite. There seems to be too much dissonance between the inspirational subject matter and the execution.

Second: so what? This is a thin veneer on top of a standard object. How has it made the object better? Easier to use? More pleasurable to live with? It feels like a thin layer of novelty over a pretty generic object. As soon as you make that object more designed, functional, and truly innovative, you have defeated your purpose of computational design. This seems like an iterative tool that effects the surface of a design more than a design.

Lastly: how is this culturally relevant to someone? OK, we have a vase shaped by an Adele song. I suppose that would appeal to people who love the song, but what happens when they are sick of the song, do they throw out the vase? Do people want a table shaped by Hamlet? By the time you discover the propper inputs, I think you could have just designed an awesome table!

In conclusion, could this be a good tool for a very specific task? Definetly. Is it the future of design? No. The future of design lies in making things that are more connected to culture on a all levels, not only a surface one.

Thanks for your thoughtful response.

And I have to admit that I don’t think that this is “The Future Of Design” writ large. I don’t think computers will replace designers. Specifically not these quick little experiments that I have posted here. But there are some people doing some pretty interesting stuff with these tools (like making Voronoi bookshelves, or growing jewelry and vases). And you’re right, it is fairly surface level. But we’re still fairly young in trying to make products out of this stuff and right now we’re making some interesting forms, and that’s about it. But when you start looking at things like this, where an evolutionary algorithm produced an improved antenna for a satellite, you can start to imagine some pretty cool things.

What if when you made a sketch, you immediately saw 10 or 100 different variations of that sketch? What if you could mine Twitter for every mention of the word ‘headphones’ and glean some valuable user data from it? What if, as designbreathing suggested, all of the decades of kinaestheics research and human factors studies could immediately be fed into your design and you could evolve it or see where it was lacking?

So yes, these things that I am showing are not the future of design. They are tiny little prototypes exploring this space (and they are exactly that. Each one only took me a couple of hours to produce and I am by no means a programming ninja). But imagine getting a commission to design new tables for let’s say the NYC Pubilc Library System. Do you think they might be interested in a table made out of the words of Shakespeare? Or Dickens? Or Melville? And maybe it’s just one of the concepts that you present, but I would say that it’s pretty compelling.

Surely there’s something in your design practice that you wish you could automate or broaden. Sketching? Prototyping? Ideation? Research? What if you could write a little script that made your working life a little easier?

There are some incredibly powerful tools on the horizon. These tools could significantly add to the already great toolbox that we work with. And I just don’t hear many people in ID talking about them.