Starting a new side project around the idea of a compostable long distance running flat and experimenting with an open-style process, posting work as I go instead of waiting for a nice render at the end.

The idea is that compostable materials, especially foams, will lag behind non-environmentally friendly materials for the foreseeable future. Serious runners are hesitant to risk their health (putting hundreds of miles into less than perfect training shoes) or their success (toeing the line in less than the absolute best the industry has to offer [see Vaporfly sponsorship controversy]), but a lightweight training flat used in tempos, interval and speed sessions, is a category with significantly lower risk, mileage, and expectations of durability. I think at the right price point, this could be a great entry into “green” footwear for a lot of runners.

I’m thinking of using a previous project as aesthetic inspiration but hoping to push it into being a bit more commercial and manufacturable. As far as performance features, I’m hoping to eek out the best performance possible from the materials through a combination of EVA and strategically placed PU (Salomon has used this technique in some of their trail shoes), maybe some mechanical cushioning like OnCloud uses, as well as some midsole geometry tricks like what NB has been doing with the lateral side swell for forefoot strikers, but this is where I could really use your help. There are so many tricks when it comes to strobel materials, specific foam layering, gluing or not gluing layers, midsole shaping, etc. that could really impact the overall experience and shrink the gap to the ZoomX or LightStrike-based flats of the world.

I’ll be posting sketches and any other process work here and hoping to be incorporating any and all feedback into the process on a deep level. I’ll also be posting on my IG (@joshythorson) if you’d rather follow along there.

Thanks for reading! Here are the first round of sketches, any first impressions or ideas about running footwear, compost ability, or the process? 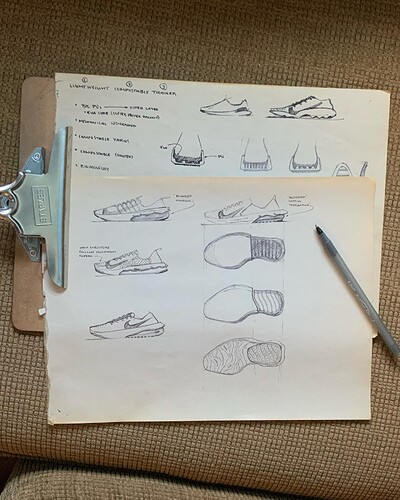 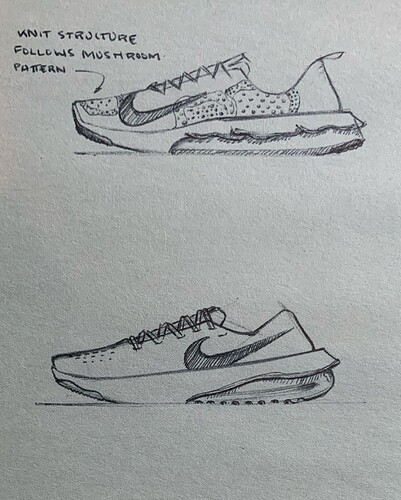 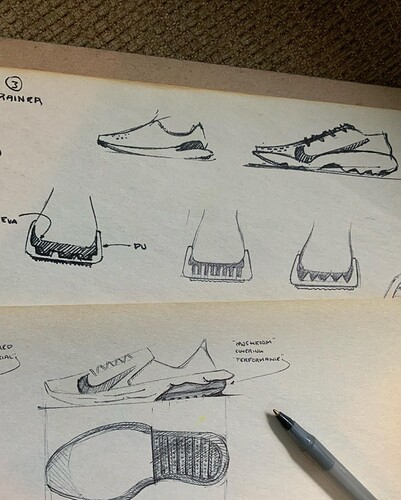 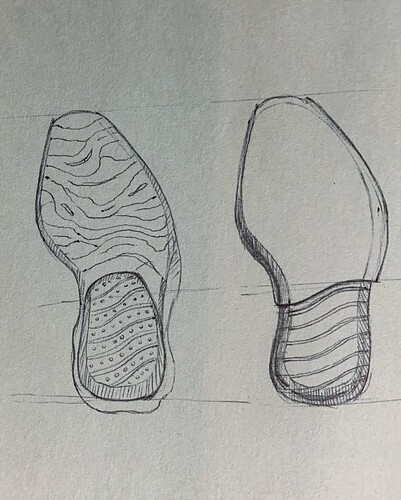 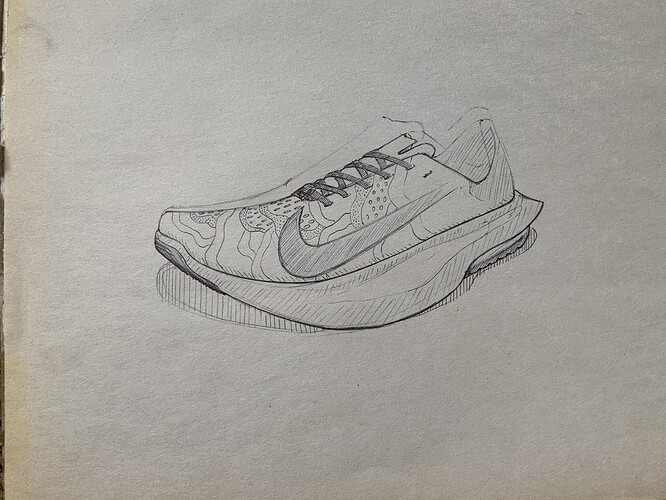 have you ever checked out the Nike Mayfly?

Definitely! My brother actually ran a few races in a pair, then ended up using a few more pairs as kick around shoes.

The first biodegradable footwear project I did was actually inspired by the Mayfly’s but thinking about what comes after they “die.”

I was thinking a bit about the idea of limited lifespan like the Mayfly’s, but more out of material limitations and less about saving weight, probably a bit of the same simplicity will be needed

After a few conversations with distance runners, there were several hints that a trail shoe might be an appropriate foray into compostable training footwear for runners, albeit a smaller slice of the overall running market. Will mull/sketch over some of those ideas in the coming days.

Prior to those insights, I did this little study of all of the top race footwear meant for road marathons that I could find. Some interesting consistencies in the forefoot across brands, more variation in the heel. 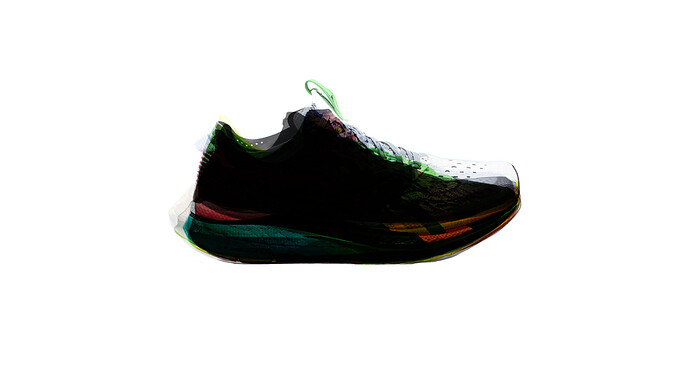 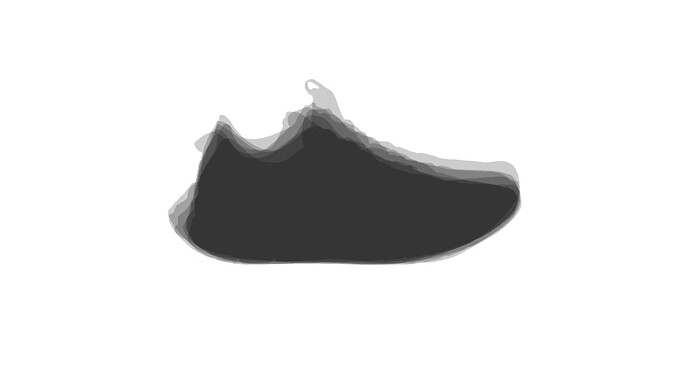 For more accuracy, I blacked out all designs and overlaid at a consistent opacity. 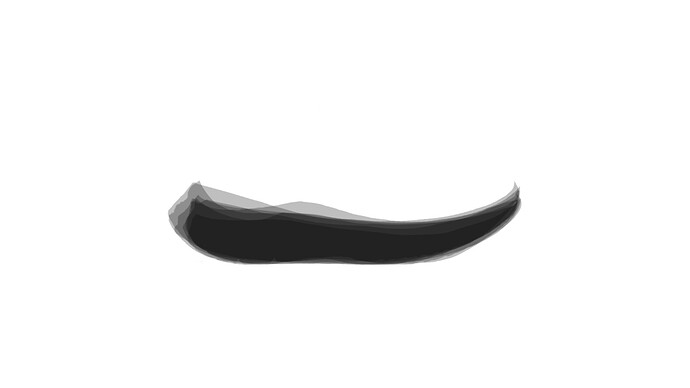 I feel like there is a resurgent interest in trail.

As a runner and running shoe designer…

tl;dr the shoe could be directly buried after use, no disassembly or prep required. All materials decompose into inert/non-bioreactive/non-toxic materials. Use clever construction methods and techniques such as mechanical cushioning, plates, etc. to eek out extra performance of slightly sub-par foams.

I agree that the trail version is the best story and probably best use-case, the second is more for fun and to show how the design language could change per use-case as well.

Pictures from that project, more concept than anything else. 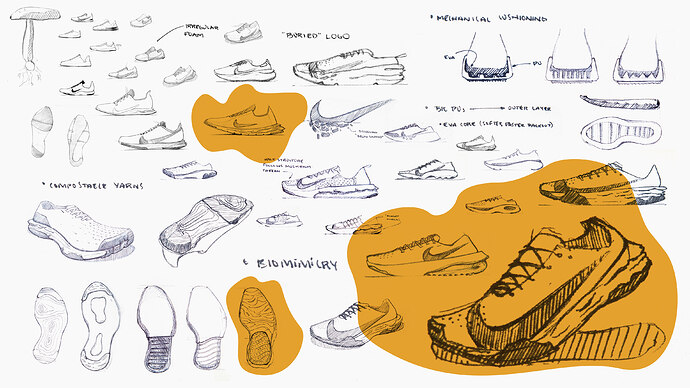 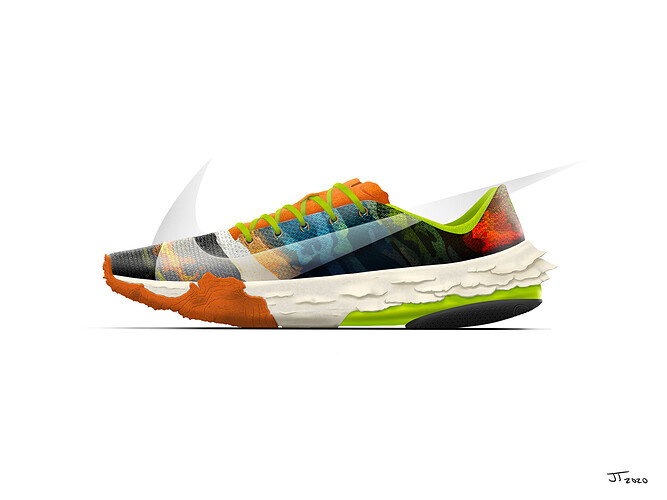