So I came across this completely sub-par compilation “video” of muscle cars, concept cars, etc. that some 16 year old kid must have put together to show off the cars he thinks are “cool.”

However, at the 1:11 mark, something completely insane comes on the screen. Its worth skipping ahead to see… 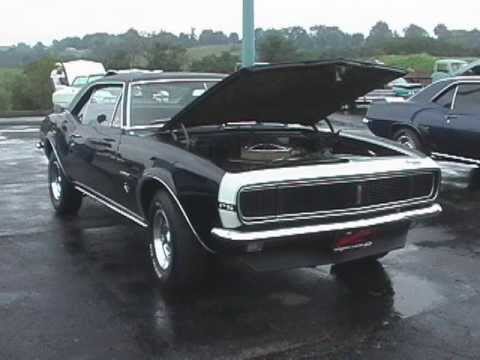 Looks like someone wanted to take the trend towards low profile wheels to it’s logical conclusion, and the only way to do that was to mount the wheels off an old steam tractor.

the first time I visited detroit I was impressed (?) by the classic american boats that were jacked up on 24-30" rims and painted bright colors. (see attached image) I guess on the west coast, they lower cars, on the east they raise them up? I’m seeing these cars more and more in the midwest now. 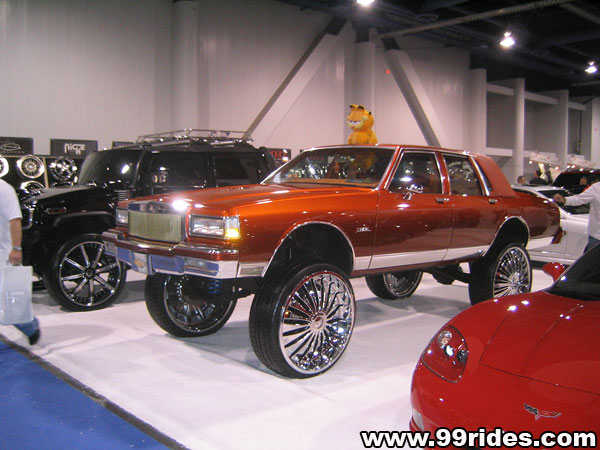 It’s amazing how many kids are posting up these weird tribute slide shows to just about anything. Kind of its own little phenomenon.

the cars you’re referring to are “Hi Riseres” or “Donks” and I’m pretty sure they originated from down south, saw some from Miami AWHILE back.

Notice the other side of the car? Alloy wheels… almost like the lexan is just for show.

I’ve seen a few of these cars driving around the city. Living in a northern climate with snow and ice, it gets really funny when these guys change out the huge wheels for the stock rims and tires. It just looks like you could tip the car over by looking at it.

the cars you’re referring to are “Hi Riseres” or “Donks” and I’m pretty sure they originated from down south, saw some from Miami AWHILE back.

So that’s where the term “ba-donk-a-donk” comes from, I learn something new everyday!