I’m not a ID student yet, but I’m going to apply at University of Montreal in 2 years.

I’d like to work for Nike, just to be able to work alongside some of the designers, walk around and be on the campus (I heard you could work/design, then get up and go shoot some hoops or train for a while and nobody would really complain. Yo, is this true?).

I’m not a hardcore Nike fan, since I like footwear in general, not just Nikes or Jordans. Working for New balance would be cool, Asics too (I love their running shoes) and Adidas-Salomon (Salomon has dope shoes, and it’s a canadian company

Actually I wouldn’t really mind working for any footwear company. If it’s for a company that isn’t so popular or doing so well, then it’s a challenge to come up with exciting products that will appeal to the customers, since you don’t have that swoosh or 3 stripes to back it up.

(I heard you could work/design, then get up and go shoot some hoops or train for a while and nobody would really complain. Yo, is this true?)

Yes, facilities are sick here. And you are encouraged to take advantage whenever you can

you could live here.

you could live here.

nice- never got benifits like that where i have worked at-

almost though, you have too think with all these side activities, i am sure it is easy to become side tracked… not sure tho never been in that type of enviornment. I would love to see some of those designer pick up games- if they are anything like what I see at the ymca they would crack me up-and just hope nobody hurts themselves-

You can’t live here, but I mean if people could they would… though one of the designers has toyed with the idea of buying an RV an parking it ontop of the parking deck!

Did I mention the spa, saunas, in house massage therapist, on campus drycleaner’s, hair stylist, on campus pub, cofee shop, cafes, and restraunts, and two gift shops so you can get flowers for your girl on the way home?

There is also a large lake, with lots of ducks, fish and geese.

All that tends to buffer the rare bad day.

Yo: who’s the best basketball player in all the designers? I mean, they design shoes that perform great, but can the designers play? I assume most of them have some kind of background in sports

prob this guy: he is an awesome athlete,

E is pretty awesome all around, in adition to doing some of the best classics, he did the 2k3, he did the Free product line. I look up to him a lot.

but most of the guys a pretty good, not me, I got no game at all. On the court at least.

hahahah yo thanx for the rub ins–jus playn

I am having that issue now-flowers dont cut it anymore-

what you have to do to keep dem girls happy…smile

I am the best-

hahaha naw, but i can do my thing.

no but was gonna play college ball and was on a travelling aau team -alot good times but kinda a lil out of shape now-would gladly take anyone up on a game over at the park.

“dem girls” I have one girl friend- single girl NOT plural

oops- tht could have been trouble

wow, the nike campus sounds even better than i imagined.

honestly, i would love to work for nike, why front they are in my opinion at the forefront of performance, style & technology when it to althletic footwear. while i would not mind working for adi or the vector, nike just is the place to be.

i love Avar’s work, hyperflights, paytons, 2k3s, ultraflight…man…i mean that is one the reasons i would love to be there i think i would learn so much from those guys, plus imagine working on a shoe being able to take a break to hoop and apply it to design…(moms hates when i do that) or chill out in the suana…bananas…i need to get my portfolio together…

what’s creativiT, this is tokes from NT, i thought you were in school already?

you must have some game digi—every once in a while i will lose my mind and forget i can’t dunk and sometimes it works!

Sup tokes, i’m not in ID yet, I can only go in two years. The only ID program I know is offered at the University of Montreal (anybody heard anything good about the program there?), and to get there I need two years of college.

I interviewed at nike last december and turned them down…#1 Could not deal with the weather, it rained 72 hrs straight; HARD! 9 months of that would just suck and i have heard all the rationalizations from the nike peeps…#2 while it is a beautiful campus, blah, blah you are one many dozens of designers even where i’m at at the senior level. I took a job where i’m one of 2 designers and there are only 2 people over me. I set the design direction and play a major part in strategy and am just more comfortable being a big fish in a medium sixed pond/ estuary

I had major misgivings about moving there and i think that the recruiters felt that once i saw the campus i would change my mind and perhaps if this was my 1st or 2nd job i would have been wowed by it. But there are more important things about a job than how many trainers and basketball courts are available to you…Dont hate…I’m as big a nike fan as anyone, but it just wasnt for me…besides I’m making mad, mad money…i think many if not all the designers there not including the handful of elite like tinker and avar are making beaverton OR wages…whch doesnt float my boat.

thanks for reading and get abck to work!

I guess nike isn’t for everyone- no problem with that. Do you do footwear design? and what company do you work for do you mind me asking-no need to answer.

Also how did you get that interview with nike ?

Nike had been calling me for about 6 months. When you have been in the biz for more than a few years hopefully your name gets around to the recruiters and contact people…I get calls form recruiters every week and it just happens that nike for the most has their own recruiters in house and they were/ are intersted in my work. DygVis you know who i am…you emailed me recently…

Nike had been calling me for about 6 months. When you have been in the biz for more than a few years hopefully your name gets around to the recruiters and contact people…I get calls form recruiters every week and it just happens that nike for the most has their own recruiters in house and they were/ are intersted in my work. DygVis you know who i am…you emailed me recently…

any chance you could email me a link to your work for ref? I’m in a different situatiion compare to you, more of junior type who’s trying hard to get a foot inside the door.

Well, wouldnt we all prefer to design for our own companies? Otherwise I would prefer to work for a smaller company, probably not sneaker, like Geox, Tsubo, Michael Toschi.

I like Tsubo,I think they have some great designs and also a different look or style that was out recently. I also like some of the shoes from Salvatore Ferragamo. they have nice last shapes and i like the simple patterns and color ways. more can be seen at Neiman Marcus : 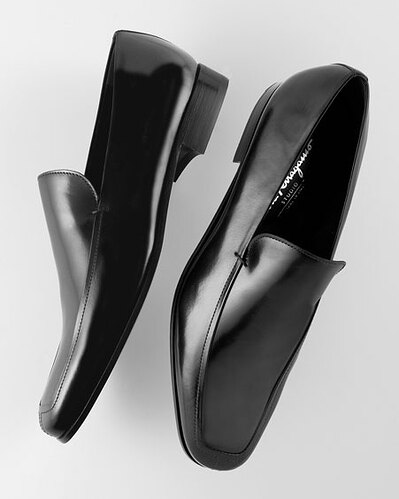