I watched a news report yesterday about hand gestures. In particular it was the gesture we make when inquiring of the time of day; we point to our wrist. It was noted that many young people, growing up with cell phones, have never worn a wrist watch and do not know what this gesture means since time is displayed on the phone.

Since most of our homes are now full of appliances and other devices that show the time it leads me to wonder what the future holds for “clocks” in general. Once a necessity in homes, businesses, and on street corners, have they become passé relics?

These two clocks have come down to me through the family. The wall clock is termed a “double-striker” because it strikes it’s chimes twice for each hour that it is announcing; i.e. at 2:oo you would hear it chime two tw0-ring strikes. It dates from around 1860. It runs for two days before you have to rewind it. The mantel clock is termed a Schatz 400-Day Anniversary Clock, because you only wind it once a year. It is dated 1925. 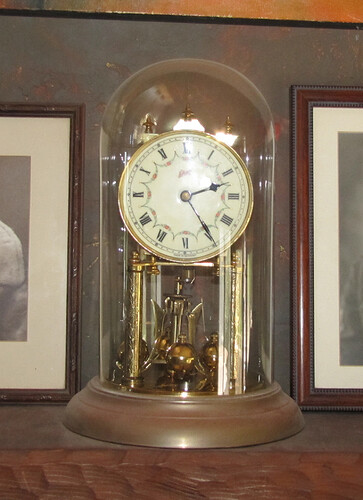 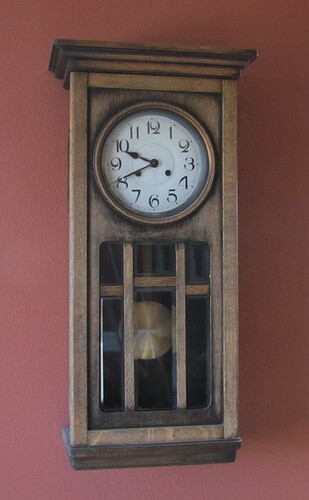 Great topic. I picked up one of these old flip clock radios last Christmas. A celebration of unrefined-ness I suppose. 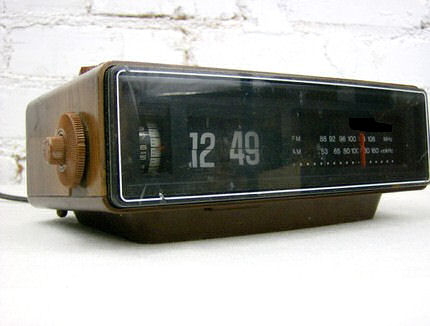 The 1960’s era clocks brought back by Alessi (on the front page of Core77) are great! 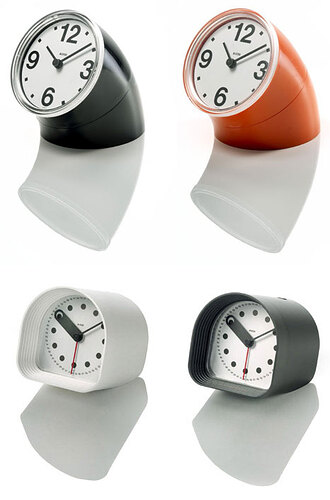 One of my favorite wall clocks is the Mondaine Swiss Railway one:

Got one of these as a gift recently:

My friend’s father has a basement that looks like the beginning of back to the future. I wish I had a photo for you.

I bought this clock designed by Cedric Ragot about a year ago. I dont think I have ever once looked at it to tell time, but it is a beautiful clock. 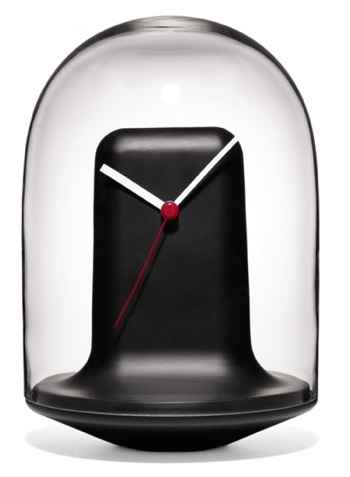 This is one I had in school (not actually this one). Styled after the “museum watch” designed by Nathan George Horwitt for the Movado watch company, it was selected for the 1970 Museum of Modern Art & Design permanent collection. Manufactured by the Howard Miller Company.

The moving company scrunched it…

edit- and darn if it isn’t… http://www.bonluxat.com/a/cedric-ragot-mantel-clock.html

I have heard this theory before on young people not wearing watches and the clock thing is interesting too but I don’t believe it at all. Watches are fashion accessories, and they will always be in style, and clocks are a decorative element. Maybe were not using watches and clocks like we used to, but I would not put them on the endangered list.

I have searched high and low for a alarm clock that doesn’t have a light on all night. A light to me emphasizes how little time I have before I need to wake up again. In a dark room it lights up the whole room like a night club. I finally found a kids rocket alarm clock with absolutely no lights unless you tap the top. Success.

finally found a kids rocket alarm clock with absolutely no lights unless you tap the top.

What I hate most in hotel rooms:

At home our sleep place is perfectly calm and shady. And I too searched for an alarm
clock that operated in most restrained manner.

It is very dimmly lit and at least not visualy appalling. Sadly it is cheaply made and the
ergonomics (in the dark, mind you) could be better. I would gladly swap it for some
BRAUN or BANG (or Apple) I-Clock ? But there is none.

finally found a kids rocket alarm clock with absolutely no lights unless you tap the top.

I love my M&Co Zupa for that reason… tap the top and the Indiglo-style backlight flickers on for a few seconds… then flickers off.

I wound that old “double-striker” this morning and realized another one of it’s charms … the tic-toc sound it makes.

I suppose it would be annoying to some, but I find it a quiet, reassuring sound, especially in the middle of the night when the house is so still. It’s like tic-toc, tic-toc … all is well, or something.

The act of winding it is a ritual as well. Open the case, insert the key. The feel of the ratchet pawl, and the tightening of the spring; over tighten and the mechanism will lock up. Then you have to wind the “striker” mechanism. Same drill. 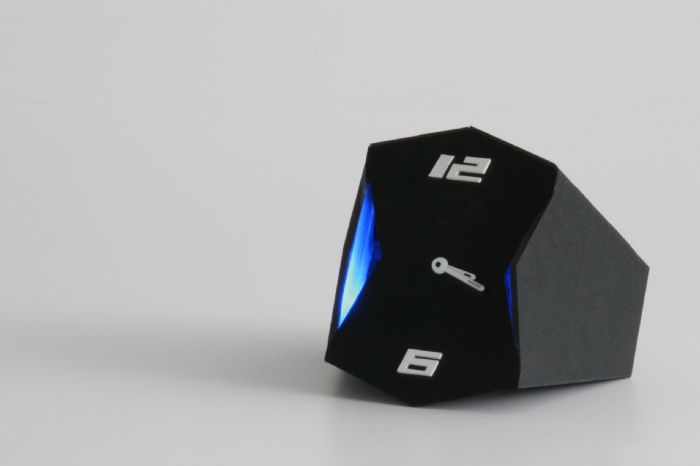 I have a “Golden Hour” clock made by the Jefferson Electric Company. It was my grandparents’ clock, and had been stored in their attic for years. I had to replace the glass when I acquired it…not the most fun to dismantle. And it doesn’t tell time all that well, but it’s fun to look at! And as a bonus, it is has radioactive radium paint on the hands and numerals! 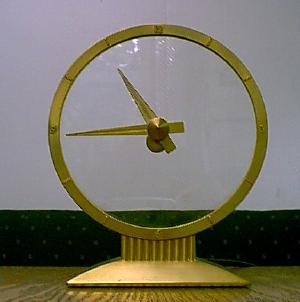 Jonathan: I think my grand parents had the same clock. Someone in my family did, because I remember staring at that design when I was a kid…the radioactivity explains a lot!

I’ve had this GE clock for probably 16 years. I love how simple it is.