As a surprise, I had Baby’s baby (CLK) detailed about a month ago and it appears that they burnt through the clear coat. The mottled appearance surrounding the blistering isn’t reflected clouds, it’s thin spots in the rest of the clear-coat (I know this because that is how the blister looked prior to … well, blistering). There’s no point in going after the guy, he doesn’t have any insurance to cover it … (lesson learned), and besides, he denies that that is what has happened. Two local body shops want almost $900US just to repaint the hood!! If it was the good ol’ days, (aka; lacquer paint) I’d roll it into the shop and have at it, but what with California EPA regs, 4-part paint costs nearing $200, lack of experience shooting them… I’m not willing to risk the money.

Given that the blister is too far aft to be concealed by a bra, and that the whole hood paint is going away, I thinking there must be something I can do… find a “car wrap” guy and try to find a complimentary green for the whole hood? Shoot it semi-gloss black for that “anti-glare” aircraft-y look? Get a roller and some boat paint? Get a brush and some house paint? Shelf paper (with flowers)?

Anyone with any other ideas.? 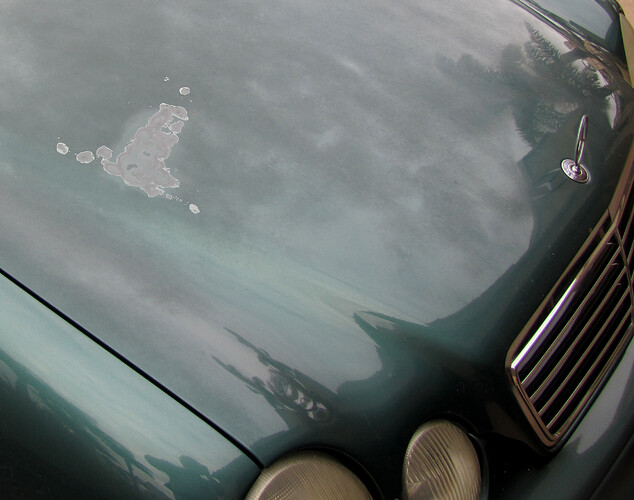 That does seem overly high if they can get away with a wet sand and only respraying the clear. But if they’re going to repaint it and then blend all the surrounding panels that’s another story.

900 Dollars for painting the hood for sure sounds highish, but I am
not familiar with california prices. An elderly uncle of mine had a simular
problem with his W124, which developed some punctial rust on the ridges
of the hood. Cheapist solution was swapping it out against another old stock
hood in the same color. Pleantiful of those around. Go ebay and junkyard
huntint.

May be the deal… I just talked with a guy who quoted my $220-330 for “graphite” vinyl application. His only caveat was that he didn’t know if he could buy the material “by the yard” (may have to order a whole roll ($1,100)). He also said he could print just about anything I could think of and apply it.

But 2-3 years was his estimate of lifespan. Not so good, but still…

Going to stop by next week.

Too bad you’re not closer to Minnesota, Lew. I could totally take care of wrapping your hood for you…

That’s a good price, and he should be able to get it by the yard. If he can’t someone in your area should.

I’d say if the wife is already pissed, best bet is to pony up the $9hundo and make it like new.

You know how “they” can be … pissed at me, for giving her a “present” that turned out not so good, and/or pissed at the detailer for not being careful … hard to tell which it is from minute to minute. Asking her, “Are you pissed at me?” Just gets a glare … which of course “we” all know means, “If you don’t know, I’m not telling you.”

I’d say if the wife is already pissed, best bet is to pony up the $9hundo and make it like new.

I guess the effect of the Scotch Plaid lunchbox has worn off already. Sheeesh, only two years? What’s a guy gotta do?

Hah, love this thread and feel with you Lew. Though are you sure you should go carbonfiber when she could have that very same tartan on the hood?

I would take it out for a few more quotes. That quote still seems way too high to me. I had some similar damage on the trunk of my old Cadillac and they were able to fix it without even touching the paint just wet-sanding and redoing the clear.

Though are you sure you should go carbonfiber when she could have that very same tartan on the hood?

I didn’t even think of that!

+1 on the Islay. Laphroaig, please. 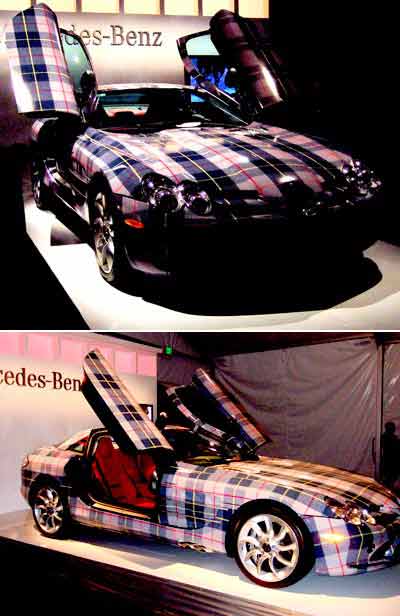 Must be Jackie Stewarts Benz…

I know I’m late to the party here…
But I’ve got a quote for my new carbon fiber hood to be painted and matching my car (3-step process too) for $300. What’s so special about that paint? Confuses me… I get that you’re in California and it’s a Merc but wow!
I personally would stay away from the wrap options. I’ve seen the wear-and-tear on a daily driven car and the estimate the guy gave you honestly about right if not too long.
Definitely don’t get your car detailed by the “guy around the block” again! I detail cars and am extremely skeptical about doing anyone else’s but my friends and families as it’s purely a hobby of mine that I’ve spent too much on.

Thinking about peeling hood…your wife wouldn’t be into replicating the MB DTM racing decals where the hood peels away to reveal the engine? 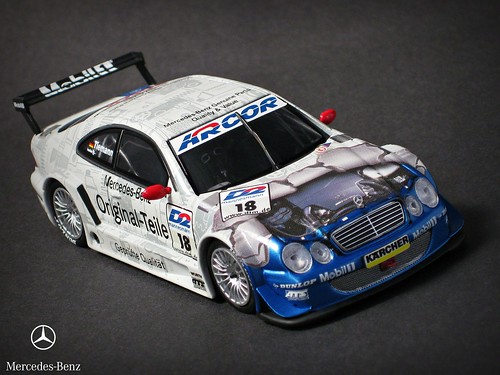 Paint it. Paint is more expensive in CA because of the emissions from it.

Get those headlights refurbished, too, while it’s in there. They can clear coat those after sanding and polishing them.

Make sure the new CC has UV protection.