China is improving it's working conditions

Of course the media loves picking up on a lot of negativity about China and the lack of rights employees have to work with everyday there . . . Fact is they are also improving these work conditions drastically.

Even companies like Apple, Celayix, Paypal and most recently, retail brands have drastically improved the environment their employees work in.

My question is if ethics is the issue, why are literally 90% of the world’s products still made there and would you (Given the opportunity), bring your design to life in one of these so called ‘sweat shops’?

You are presuming a lot without much background - “Fact is they are also improving these work conditions drastically. … would you (Given the opportunity), bring your design to life in one of these so called 'sweat shops” ? Which is it? China doesn’t produce 90% of the world’s products.

@Dan - China has been the largest export of Goods since 2009. 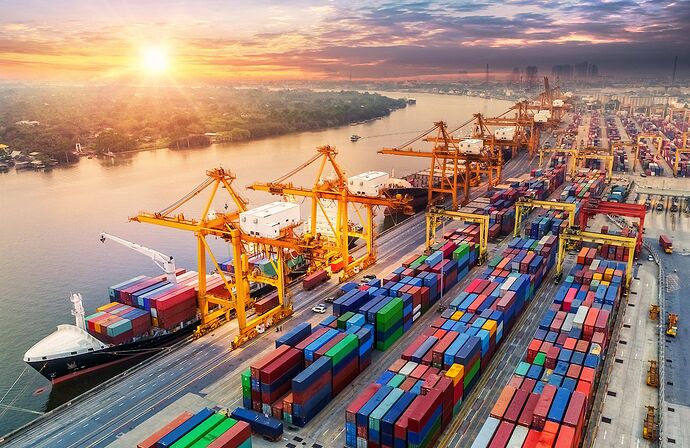 Which Country Is the Largest Exporter of Goods in the World?

China has been the largest exporter of goods in the world since 2009. Official estimates suggest its total exports reached $2.641 trillion in 2019.

From an Economist article in 2015: Made in China? | The Economist

In 1990 it produced less than 3% of global manufacturing output by value; its share now is nearly a quarter. China produces about 80% of the world’s air-conditioners, 70% of its mobile phones and 60% of its shoes. The white heat of China’s ascent has forged supply chains that reach deep into South-East Asia. This “Factory Asia” now makes almost half the world’s goods.

I’d think it was a pretty safe bet for the overall percentage of goods to have gone up since 2015 for South East Asia as a whole, though shoes and apparel have been steadily migrating out of China, specifically and to places like Vietnam… specifics aside I understand the point of the question.

Looking over my work for the past 20 years I think the percentage of products I’ve worked on that have gone to market that are made in Asia is north of 80%. I’ve been to Asia on development trips about 20 times or so and seen a variety of conditions. It is a fact of making things often times in the modern world. In 2017 I worked on a design project for a start up (branding, positioning, strategy, industrial design, early stages of DFM). The two founders, both of whom emigrated to the United States, were determined to make their product in the US. After working with several US contract manufacturers and researching starting their own assembly factory in the US they came to the conclusion that the risk, cost, time-to-market, MOQs were all too high and the quality too low to make this product in the US at anything near a competitive price. So development moved to Asia. I’ve been a part of several project where local manufacturing has been explored, if not in the US, then in Mexico or Canada. Each one moved to Asia for production to hit price, quality, and time-to-market targets… again, this is just my experience. I know some folks on here have had the experience of manufacturing stateside.

I have seen numerous prototypes and products come from China and over the last decades their work has visibly becomes less dubious and better regulated. It is now almost safe to say that when ordering from their factories, you receive quality goods at least most of the time. I have never had anything mass manufactured onshore because the cost of people is extravagantly different. Yet we do always look for opportunities producing onshore, for now these are mostly in high-tech solutions/electronics/specific materials that make us look within Europe. So it is the golden middle way installing a supply chain with both onshore and offshore partners. China is also very eager in collaborating on new energy solutions to prevent pollution. The only proof you need is to go there yourself.

@ralphzoontjens - EXACTLY! All the media covers is Trump nonsense. What they need to show is how the rest of the world (Europe and Eastern Asian countries) are changing rapidly. Tech wise especially.

As a Chinese designer, I am agree with that!