Found this article recently via Fark.com: 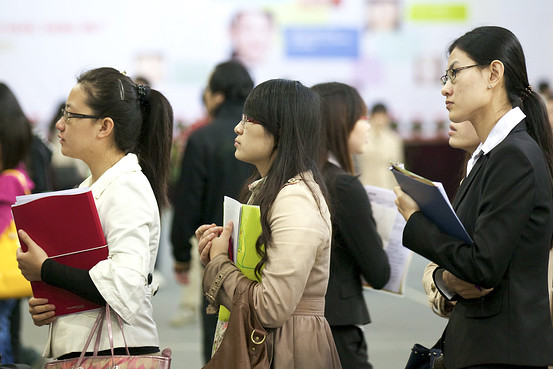 Much like the U.S., China is aiming to address a problematic demographic that has recently emerged: a generation of jobless graduates. China's solution to that problem, however, has some in the country scratching their heads.

“Chinese have questioned whether someone like Apple founder Steve Jobs could ever emerge from an education system that seeks to push down students who stand out from the crowd.”

I think the article, or perhaps even the Chinese government, is missing the point, innovators like Steve Jobs don’t arise simply from the “right” educational environment. Great innovators arise in environments that foster and promote creativity and entrepreneurial spirit, freedom of speech and expression, and those that accept failure as an opportunity to gain experience beyond education. You know, environments like, America, Europe, South Korea, and Japan.

“Many Chinese students with enough funding have turned to universities in the U.S., which have a history of churning out graduates who’ve gone on to become some of the world’s top innovators. Last year, 128,000 Chinese students went to the U.S., making China the country with the highest number of overseas pupils in American universities, according to a 2010 report from the Institute of International Education.”

So what happens when they go back to China to “innovate”, does their home country support this to the level that their educational environment did?

This all hits home with me lately as I have been involved in designing and managing designers working on projects for Chinese clients that wish to infiltrate the US market. I’m generalizing here, but the overriding theme has been “Getting it done is more important than doing it right.”. That, and, “We want to be Samsung.”.

Why am I posting this? This Core77 topic spurred me to do so (yes, I took the survey).

What are the Core Properties of Design? general design discussion

Dear Member of Core 77 I am Jeyon Jung, a PhD candidate in ImaginationLancaster at Lancaster University. I am conducting a survey as part of my PhD and would like to invite you to participate in this survey. If you don’t mind, please help out by taking this survey, it should take only about 10-15 minutes. The purpose of this survey is to discover what constitutes the disciplinary core properties of design, and to what extent they are recognised and shared by design community. In this research,…

The market has changed, it costs a lot more to support programs for the unemployed than it does to invest in the future of innovation and job creation. The government in Beijing understands that the export model no longer will produce economic growth, and it realizes the future of economic growth will be in service design, systems design and IT infrastructure management (which will help them to maintain control).

Having said that, Asia in particular has an achilles heel that it must overcome to be successful. We talk about it a lot here in Seoul, and it has to do with the cultures “software” rather than its hardware or infrastructure. Thousands of years of Confucian, socialist and communist rule have left and imprint on the operating system of the workforce’s software. It is difficult for them to think like an innovator in the American sense. The shiny new infrastructure is now there and in place, but it is the software of the citizens that is 1000’s of years old that needs to be upgraded. Education in China is and will try to change this, but even those who leave and come back will find themselves inhibited by the lack of “workable software” to innovate and improve the economy.

I saw this survey as well, and found it fruitless as all my answers were “extremely important”. The solicitor of the survey is from a background that is akin to the old Radcliffe college on the campus of Harvard. We have a term for those in industry called “coattailer” which means they have curiosity for a particular subject but no talent, skill or substance of any kind to advance the profession. They ride on the coat tails of those that actually do the work of innovation and who are changing the world through design. Surveys like this try to wrap their arms around the infinite subject of design, trying to deconstruct it in order to better understand how to leverage its power.

China has people who work extremely hard. Harder than any other culture than I’ve seen or worked with. The trouble is, they do not work “smart” due to being placed into a very small box at a very young age. Working smart is being able to apply creatively the knowledge you have aquired. This application of knowledge in a way that has never been conceived of is part of the feudal software problem China faces in the future.

What is interesting is how they are inventing a whole new way of building a modern society in which they blend communism, confucianism, and state capitalism. Effectively doing an end run around the difficult and risky work of innovation. It is almost as if they use the west as a prototype to test what ideas and innovations they choose to adopt without the financial loss of experimenting with new designs.

I’m generalizing here, but the overriding theme has been “Getting it done is more important than doing it right.”.

I don’t necessarily see that as only the view of the Chinese. Most companies, from any country, take that view. I would also say it is the right strategy if you are getting it done first and then getting it right. First to market has a tremendous advantage but you do need to follow-up and fix the wrong in a timely manner.

I agree with you in that innovation comes more from culture than education. But that education is typically a reflection of the culture. I like the hardware/software analogy of designbreathing.

I saw this survey as well, and found it fruitless as all my answers were “extremely important”. The solicitor of the survey is from a background that is akin to the old Radcliffe college on the campus of Harvard. We have a term for those in industry called “coattailer” which means they have curiosity for a particular subject but no talent, skill or substance of any kind to advance the profession. They ride on the coat tails of those that actually do the work of innovation and who are changing the world through design. Surveys like this try to wrap their arms around the infinite subject of design, trying to deconstruct it in order to better understand how to leverage its power.

Don’t you think that is a bit harsh and premature? You haven’t even seen results, discussion or conclusions. Kind of hard to judge without seeing the whole picture.

I approached the survey with what are typical day to day duties for a project. With that perspective, I found most items are not “extremely important”. If I did consider all of those aspects to be extremely important on any given project, that project would never be completed. Did he have prioritization on his list? Because I would rate that as extremely important.

iab…I would not trust the results of such a survey. The survey approach was extremely simplistic and in grave danger of being impacted by auto-response bias.

…and I agree with you that prioritization skill in the field of design trumps many of the survey listed disciplines.

First to market has a tremendous advantage but you do need to follow-up and fix the wrong in a timely manner.

I worked for a company whose motto was “First to do it Right”. Of course, we seldom actually got it right the first time and our (employees) version of the motto was, “Why do it right, when you can do it over?”

Therein lies the danger of becoming known for marketing products that users find lacking, and creating an image of shoddiness…

I have an awful feeling that a lot of students want ‘a degree’ rather than ‘an education’. The piece of parchment is seen as more important than what is learnt.
This is understandable, especially in a country where ‘saving face’ is important, but it wont produce innovators who are willing to risk, fail, learn, repeat. How can you fail gloriously if it brings shame to those around you?

In Australia there is a massive amount of full fee paying overseas students (20% of all undergraduates). Educational Services are the countries third biggest export. Universities are over a barrel so they need the funding from os students, so there is a huge push to pass students, even when they fail or have little english skills, or plagarise their arses off. The Victorian Ombudsman just published a report about it. Universities here are in danger of becoming parchment factories, so it’s not just limited to China.

Great thoughts all around.

Any society has enough wild innovators. China included. The problem is that opportunities are more rare than people willing to take advantage of them. As Gladwell pointed out, it takes an innovator + opportunity to create the breakthrough. If Jobs hadn’t been around 20 years old when computer technology was right at the point of being powerful and cheap enough to make a PC, it would have been someone else who would have done the same thing. After that, it was that success that allowed him to tinker with the iPods, iPhones, iPads.

The same can be said for all the greats: Edison, Hughes, Carnegie, Rockefeller, Zuckerberg. Also, typically, there were a handful of innovators who were working on the same invention, but missed the boat. Think of Tesla and Edwin Armstrong (inventor of FM radio, crushed by RCA).

That’s the sign of most start-ups. When you are risking your own money, you don’t want to wait for perfection to start receiving revenue. You want to ship! Think of Microsoft (always a generation behind Apple OS).

I think it is also the best way to innovate. In my work, I’ve toiled away on projects only to be beat to market more times than I would like to admit. Often, the product was ready, but management wanted it to perfect for fear that complaints from early adopters would spoil the product. In the end, the few complaints didn’t matter. The early adopters knew that they were guinea pigs and accepted more problems. In the mean time, the companies learned valuable information to use to perfect the second generation product.