I was looking this morning at my handle…ip_wirelessly.

While I still chuckle mildly at the name and all the history I have with the handle…I’ve come to the conclusion that I would prefer my login name be MY name. I’m past the idea that anonymity on the Internet is a good thing. To that end, I actually would prefer people know what I have to say on here are my thoughts.

But I couldn’t find a way to change my username.

I’ll be asking the powers that be directly if there’s a way to hack into the system and change my name, but in the mean time…I’m curious what your thoughts on internet anonymity might be.

It’s certainly interesting in the amount of “protection” it gives you. Or at least the sense of protection.

Of course, once that security blanket fails you can get embarrassed. I remember an article a few years ago about a baseball player(maybe?) who hunted down a fan that bashed him on Twitter and confronted him in person. Of course, that interaction was much more civil and friendly.

Wasn’t there someone who just got called out on Reddit or something for posting horrible things about women? And turned out he was married with a daughter or something.

Jon, just sent you an email.

Basically, admins can change usernames. So Core77 HQ, myself, and Will, the technical admin… so basically me

We in general discourage the frequent change of user names for continuity of conversation, but have always made exceptions when someone selected a name they feel is no longer appropriate or they want their user name to be their real name. Both hold in this case.

That’s all pretty much what drives me to this. I’ve been through the old skool BBS system of pure anonymity. Usenet groups of the same ilk.

It does nothing but bring out the worst in people.

I have no problem owning my opinions and being an asshole when warranted. Changing my user name, if possible, is simply another step towards that ownership.

Ha! Welcome to my world

nice to have you back in activity on the board. It was not that difficult, to find
out who the man behind “IP wirelessly” was, as long as your signature linked to your
homepage…

That said, you’ll still have to make do with “the worst of me” as I take comfort in
hiding behind that seasoned mo-i label…

I can’t take anyone named Jon as seriously as I did IP Wirelessly.

I’ve always found that no one is really anonymous. If someone is motivated, they will find the person. Most of the time, no one cares that much.

As for my feelings, if posts something either intelligent or incredibly stupid, I will look for the Core portfolio or web page just to understand where it is coming from. Beyond that, I can’t be bothered.

I agree with you in general principle, that it shouldn’t matter.

But it does. When people don’t have their name attached to what they say, they’re bolder. They will say things that they typically wouldn’t face to face. Good old fashioned flame wars are prime example.

Frankly, I’m exhausted by our culture of anonymity. The whole Costas thing is a prime example. Whether you agree with him or not, people in the comfort of their tighty whiteys can spew all sorts of hate and vitriol and call for his head…and call it free speech. The concept of dialogue, or debate has been pulled to a zero sum game.

So, I understand your view 914, and I respect it. I am simply choosing what I feel is the path that works best for me at this time in my life.

I personally would love to know who a few people truly are on these boards based on the comments they leave and the impression they made on me.

You’ve inspired me to be un-anonymous as well.

Anonymity is usually just been due to a perception of your boss finding out how much time you spend on the internet, especially when I was fresh out of college, but these days I suppose that’s no longer a solid reason.

Though I’ll keep my login since I could never remember anything else.

Well, you all know where I’ve stood on this topic … for a long time.

Glad to see this happening.

Hopefully this won’t overload the Admins; if nothing else, one can always add their name to their “signature”. I look forward to getting to know you all … all over

I’ve made my peace with internet non-anonymity a long time ago. I just didn’t see the need for hiding myself as I try to live truthfully and stand behind my actions. I’m just me, only human, with all the pro’s and con’s and nothing to hide and hopefully an ability to learn from my mistakes.

To be honest, if you feel you have to hide behind a handle, I’m inclined to respect your opinions less. And on top of that, I’m a pretty inquisitive person so I know from practice that it is usually easy to find the person behind the handle. A person has to be quite dedicated to never let any hints slip.

You’ve inspired me to be un-anonymous as well.

Anonymity is usually just been due to a perception of your boss finding out how much time you spend on the internet, especially when I was fresh out of college, but these days I suppose that’s no longer a solid reason.

Though I’ll keep my login since I could never remember anything else.

Where the inkling of the name change started was at the IDSA NW chapter event back in May. I presented there and part of my intro was that I was a moderator on Core77. I was shocked at how many people recognized my handle but didn’t know who “I” was. On a professional forum, I thought that to be a bad thing. And I’ve had my info in my sig for a long time.

I am sure you will have see some positive results from “outing” yourself, Cyber…er…Mike. I’d argue you’re far less…um…abrasive than I am so I have no doubt that you’ll have a good response

Oh don’t worry the abrasiveness won’t change, but at least now people will know where to direct their hate mail.

on a related tip, you may find this of interest: 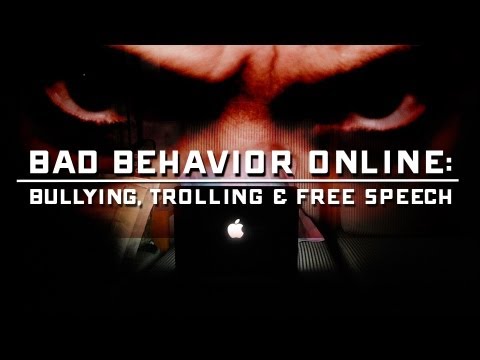