-Audi booth was probably the nicest of the show. some pics below. Huge rectalinear overhanging structure with hyper bright interior. Just a stunning space to step into.

-In the TV department. Still more and more 3D displays with the future of no glasses-3D starting to show its head and mobile 3D TV as well. meh, I’m still not impressed with the 3D experience. Pixar type 3D animation does look noticeably better than any other content.
-TV bases are starting to be the only bit left to design. Bezels are getting down to be almost negligible, and thicknesses are are just plain waferlike. There were some interesting asymmetrical bases by Samsung and their “Eames-ish” 4 star base has been refreshed.

-Android has managed to be the great equalizer in the smartphone and tablet size device. For every 1 new Android handset from a major OEM, there’s like 8 from a no-name OEM. Same with tablets. Saw dozens and dozens of Chinese and Korean OEM Android tablets, clean simple design to boot.

-The AR Parrot 4 rotor helicopter was amazing. You control it by tilting your iPhone and via POV cam mounted on the aircraft. Wifi only but amazing.

-The 4G marketing engines are all pedal to the metal. Should be interesting to see how consumers react to this.

All in all, a huge show with an exhausting volume of everything, but at its core, mostly small “e” evolutions and incremental changes to existing stuff. 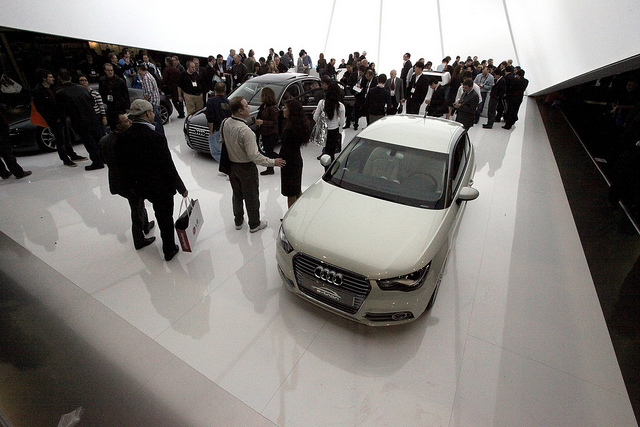 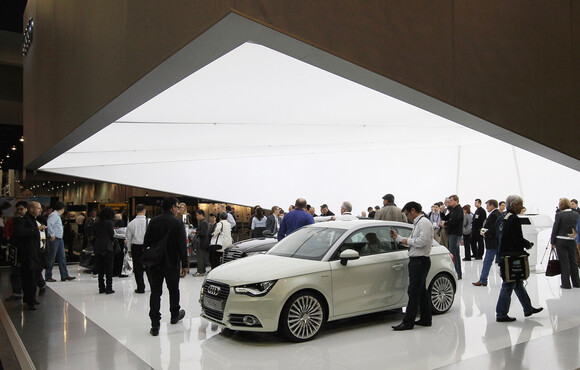 any Green/Eco developments of interest?

Sorry I missed out Brett! I had to pop up to Seattle for client meetings…

Now that I think about it, not really anything that I can recall.
Lots of solar panels attached to xyz case, lots of wood iCases…

The big manufacturers all have some sort of ECO “use less energy” appliance story, but that’s about it.

Yeah Yo, nuk and i missed you for sure. I’m due for a trip out to SF anyways.

Brett, did you by any chance happen to pass by the Asus booth? Curios about what ID’ers have to say about the EP 121.