Anybody else going to CES this year? 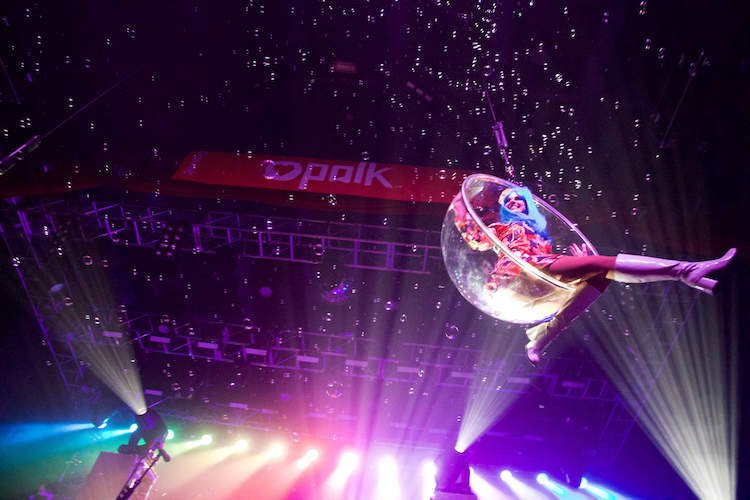 We’ll have a few people there this year, sadly I will not be one of them.

Ill be there tomorrow and Friday. Im going to be walking the show. Just joined this company few months back. Looking forward to it!

Cool. There is a designer happy hour sponsored by KeyShot in the Hard Rock Hotel. Something Goose Pub. It used to be the Ainsworth bar.

I’ll mostly be in meetings but will randomly be at our booth in central hall. Hopefully I’ll get a couple of hours to walk the floor on Saturday. 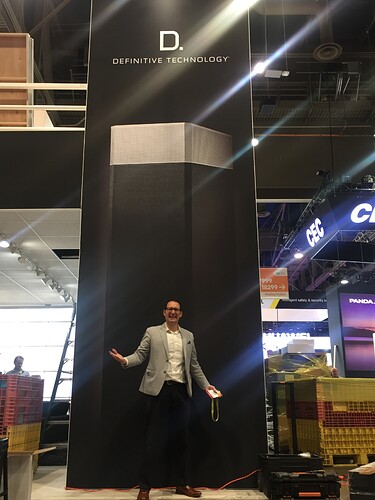 Thanks for the heads up! Hope to see you around

Ill be walking the show Saturday! Definitely expected many more people to be there

Swung by the Polk booth to say hello, but didnt see you Michael. Products look great!

Thanks! I’ve been at the booth a total of 30 minutes, but I’m going to be hanging out there a bit today and walking the show.

I’ve never made it to CES

… I’m still one of those internet lurkers that reads everything I can about it when it’s on! So I have some questions!

I’m curious what stood out to people who went? What was the best thing you saw? The most innovative use of exhibition space? Most innovative thing? One key standout product? Most surprising thing you saw? Biggest trend on the floor (was it really self driving cars and friendly robots, or did they just get the most online coverage?). Is it like other trade shows, where you wish you could see everything, but spend a lot of time in meetings?

I’ve been at the show for the first time this year. Coolest thing I saw was definitely the Ariana Project by Razer, future of video games if you ask me

Sophie, my team is putting together our recap this week. I’ll be sure to post some of our thoughts. We have a team spread out and scour the entire show as well as the Venetian where all the high end audio companies show.

Having been my first time at CES i was quite excited. Entering the area you get to touch and explore so many beautiful thoughtful objects. I have to admit as i worked my way through, i found the majority or products to be pretty derivative and expected. Drones that look like DJI drones, action cameras that look like Gopros etc. A lot of knockoffs which was discouraging. But there were some great gems, both in great thoughtfully designed products, but also booths, displays and nice people. I particularly am a sucker for automotive concepts and was not disappointed aside from not being able to get too close to them. Was really excited to see the new Mercedes van up close, awesome surfaces and amazing assembly, how do they get such large compound surfaces with no break??? I assume some type of composite over buck, rather than metal. I spent most of my time in the AR/VR, drones, home automation area. Hopefully will be more involved in teh design next year. Some really cool drones there, dont know enough about the category to discuss though. The best booths to me were the automotive, plenty of space to take in their experience and all thoughtfully done. Overall my favorite part was to chat with people coming by our booth, helping them to understand my design decisions and seeing people get excited about something I was honored to be involved with.

It is amazing how many imitators or straight up knock offs there are. It is amazing that these companies go through all the trouble of having a booth on the show floor and don’t bother to have an original product.

I guess their strategy is to grab vendors who want what they just saw at the GoPro booth, but at a fraction the price without the service, brand recognition, design, etc. That seems risky though. It can’t be cheap doing CES, and I would figure the knock-offs would be pretty lost amongst the brands.

Yeah its really disappointing especially knowing there are so many talented designers out there would would love the opportunity to create something new. There really is no shame in it. I mean no disrespect to Chinese companies but that seemed to be the majority of them. Take a good product and just rip off every detail and sell for less. I think youre right Mr-914 there is always someone who is willing to pay less for a lesser product.

Yeah its really disappointing especially knowing there are so many talented designers out there would would love the opportunity to create something new.

It has nothing to do with design and designers.

Yeah its really disappointing especially knowing there are so many talented designers out there would would love the opportunity to create something new. There really is no shame in it. I mean no disrespect to Chinese companies but that seemed to be the majority of them. Take a good product and just rip off every detail and sell for less. I think youre right Mr-914 there is always someone who is willing to pay less for a lesser product.

A lot of the knock off people are looking to get their products licensed by more well established (or U.S.) brands.

Hisense has struggled to establish their own brand in the U.S. so this makes sense, although their products are of dubious quality and the company is owned by the Chinese government, buyer beware…

Yeah made me think of that company LeEco. Cant decide what type of company they want to be. Most of their products were done poorly and seem confused.

it was nice to see some evolution in the autonomous vehicle realm. overall, nothing at the show really stood out, it was more a rehash from previous years. it has been interesting to see product lines morph and become absorbed into other companies. Take forward lighting for example. Most of the car audio companies have either partnered or created their own brand of white lights. Makes sense though, since their target audience is a group that loves to indulge and blow lots of money on making their cars seen and heard.