The ride-hailing company is selling the business, known as Advanced Technologies Group (ATG), for a reported $4bn (£3bn) to Aurora, a start-up that makes sensors and software for autonomous vehicles and is backed by Amazon and Sequoia Capital.

$4bn is definitely a lot of money, but if Uber had been close to success, they would have kept this right? I wonder if this isn’t the start of a tech bubble collapse…

The bubble is strong, Uber has been in trouble and I think their repetitive woes made them realize it’s better to divest that work in a way they can eventually profit from it. This isn’t uncommon in big corporate history. Motorola divested Freescale because they realized being a semiconductor manufacturer was important to their business but not their core competency.

In this case, another startup can incubate the tech and if it matures to the right level, they probably have first access. Uber had so much bad press and so many hurdles in the way I think the executives were pressured to turn something out of it or cut bait.

As part of the deal, Uber is investing $400m in Aurora in return for a minority stake of 26%. Uber’s chief executive, Dara Khosrowshahi, will join Aurora’s board.

Looks like shuffling money around the same table. Probably some tax avoidance scheme…

I wonder how that effects the value of their competition…

We don’t know how many assets are going through the deal. They supposed to be very confident in their developments.

As engio writes: Looks like a tax scheme. The interesting part here is that Daimler is also reducing the size and scope of their Autonomous program.

I hadn’t heard about Daimler reducing their scope. It will be interesting to see the marketing/politics if autonomous driving gets abandoned.

Notably, I saw a tweet the other day following the “how it started, how it’s going” trend. It should some guy working on a computer with a DIY radio controlled car for how it started. Then it showed some guy introducing a new car at a car show. The title was: “Autonomous car development”. My first thought was, “OK, you can afford publicity…where are the cars?” 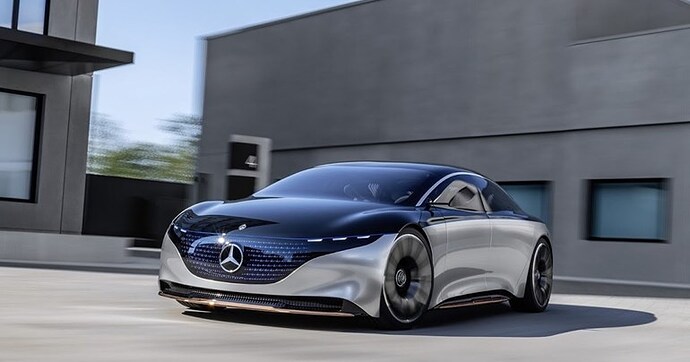 The German automotive giant has switched its focus towards the commercial sector...

I can’t attach the joint statement from BMW and Mercedes Benz.

It seems they are allocating their resources in certain programs rather than invest in “everything” at the same time. From a wider scope to more specific issues.

I just read that Waymo has an fully autonomous taxi service running in Phoenix, AZ. I didn’t find how many cars are running, but it’s interesting this is finally an available product.

Yep. Seems like Arizona authorities are not blocking Autonomous tests like other states in USA. And is fair to say that Google isn’t ditching this project. I’m curious about the role of Waymo as the “next moonshot”.

They’ve spent hundreds if not billion of dollars in this effort of autonomous driving. We only can wait to see the outcome.