I feel that I am at a crossroads in my career between remaining firmly as an industrial/ product designer (ID/PD) or diversifying into project management (PM) but still within a design team. What makes this more concerning is that to some extend it is not by choice but more by necessity. I am very concerned about what this might mean to my career in design but most importantly my passion for designing, being visually creative or creating a product/ brand/ identity. Even the feeling of not being able to design or continue to improve my design skills because of this new role is frankly alien and disconcerting.

I don’t consider myself talented, partly because I don’t believe in natural talent but also because I feel I started late as a Industrial designer. However in recent years I feel I have made staggering progress in such a short space of time mostly down to my determination to succeed in design and my ridiculous work ethics that come with it. Equally feedback from employees and and professionals in design has been mixed. Some say I have talent or my work is impressive, some say I am not and that I would be more suited as a product manager or project manager and that my designs standard is not quite high enough to compete with others that are better or faster.

I was let go in a rather poor fashion by the start up in May 2014. From May to December I had interview after interview from top companies like Lenovo, Philips, Nude Audio even McLaren (the F1 car manufacturer) but in the end no offers, no replies. Eventually I found a job in Germany at a reputable German design consultancy but there was a catch! I was to start as a designer then eventually become solely a PM. the reason here being that my standard was not sufficiently high enough to compete with others (korean designers) of the same age or background.

If the thought if project management makes you miserable, then I wouldn’t do it.

Project management is one set of skills that you pick up as as more senior designer, and being able to extend that skill to a large team is important - ultimately in all studios someone needs to keep junior designers on task and projects rolling forward.

But if it’s not what you want to do, and the idea of building spreadsheets makes you cringe, then focus on improving your weak spots. But realize that in the long haul, managers are going to be at the higher end of the pay scale and won’t be pulling all nighters the night before a deliverable. So you have to decide if or when you want to flip that switch. Usually once people settle down and pop out some kids, the crunch lifestyle of designers tends to be less appealing, but that road isn’t for all of us.

my biggest piece of advice is to never let others define you.

From what you have written it sounds like you have worked get hard to become a designer.

You’ve come across what is referred to in contemporary terms, the Brown Ive dilemma for a designer who is contemplating their next career move. In a post by Tim Brown, he describes his career path to CEO of IDEO. 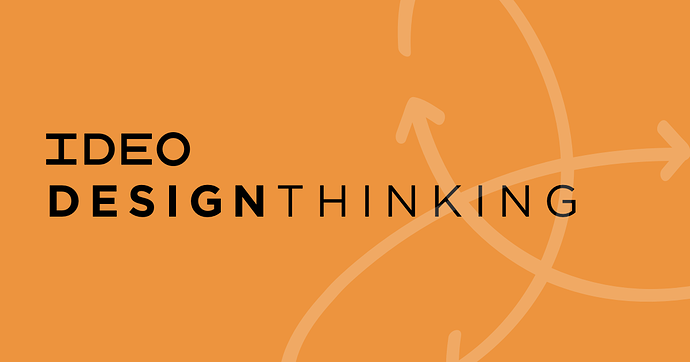 The Career Choice Nobody Tells You About

Do you wish to go wide or deep?

I’ll address your query from a national/ethnic perspective with a bit of insight into Korean design personalities. Factoring in the variable of Korean designers in your scenario, it is apparent that those around you see an ability in you to communicate with a wide ranging set of disciplines and personalities, thus the nudge towards PM. One of my biggest adjustments to working as a designer in Korea is the generalized inability of a designer who is Korean, to take initiative and communicate with those necessary to make forward progress. The skill and attention to detail that is brought to actual design work is of a highly focused nature among Korean designers and is to be respected, but due to their unique background and education, it is very difficult for them to be the task master and driver of a project among a wide array of different personalities. Being that you appear to be of Anglo Saxon heritage, it is perhaps the view of those around you in Germany that you would be an excellent choice to manage projects with clients who need highly skilled communicators, and leave the technical labor to those who are deficient in other areas like coordinating resources and communication.

It is a big decision for any designer to make, but if you do your diligence on the matter (like you are doing here in this forum), decisions like these tend to make themselves.

designbreathing brings up some really good points and paints a picture that your current career dilemma might only be applicable to your current company.

To go off on a tangent that is slightly related you should look in to Korean Air, I believe this story/topic is taught in business schools. The airline used to have an absolutely abysmal safety record about 15-20 years ago and this was because of the hierarchy in Korean society. When the co-pilot would spot a problem he wouldn’t tell the captain as it would be seen to be disrespectful to a superior. When the captain noticed it themself it was already too late to correct. From that a Western administration was brought on board and stripped away titles, only using first names so there was no hierarchy. Now Korean Air is one of the best airlines in the world.

So, to relate this back to you, although your Korean colleagues may have a strong skill set and ability, your strength may come in simply being able to move the project forward. Also, just because you didn’t get offers from some of those top firms does not mean it reflects badly on you. You got the interview which means they thought you were good enough to invite to the office and spend time talking with.

Riffing on that last stemming about not getting the job. Twice in my career I’ve applied to jobs and gotten nothing in return, only to be contacted by a recruiter, gotten the interview, and landed a job offer literally on the spot! In both cases after I started at the job I told them I applied and was rejected by their HR system… so you never know.

Life rewards those who do not give up at the first sign of discouragement. No one answering the door, find a window to crawl through.

Did you ever see the episode of Mad Men about how Don got the job at the agency? That wouldn’t work, but a funny example.

Thank you all for the super replies. I have been careful not to reply until now as I don’t want to misdirect the great feedback I have gotten so far.
I sincerely appreciate all your feedback and hope this discussion and feedback will continue as time goes by. I view this as a long term investment type post where I hope to learn and get feedback on this specific career issue over a longer time span.

My special thanks to everyone that has helped so far especially; (Yo )Michael DiTullo, Sketchgrad, designbreathing, (Cyberdemon) Mike, and (CAISDESIGN) Charles.

Please feel free to share this with other design professionals that would be able to shed light on this career crossraods, as I would really like to understand my situation better.

I hope to post periodic replies on my thoughts/conclusions and the decisions I make as well.

Thanks again and Cheers