Currently displayed at the 2007 Montreal Auto Show. Built in Quebec, Canada, by “one man”. 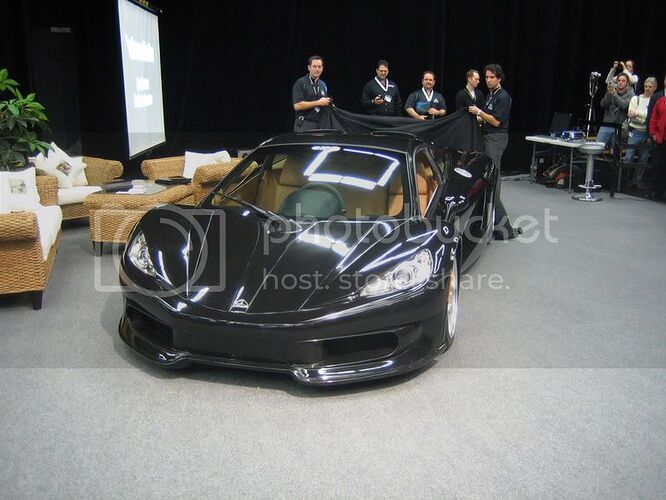 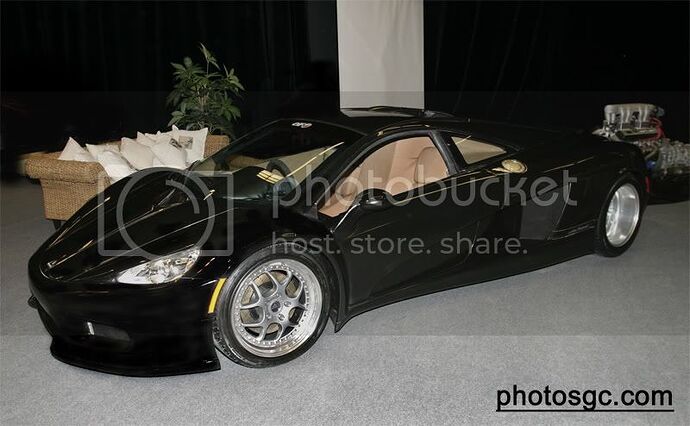 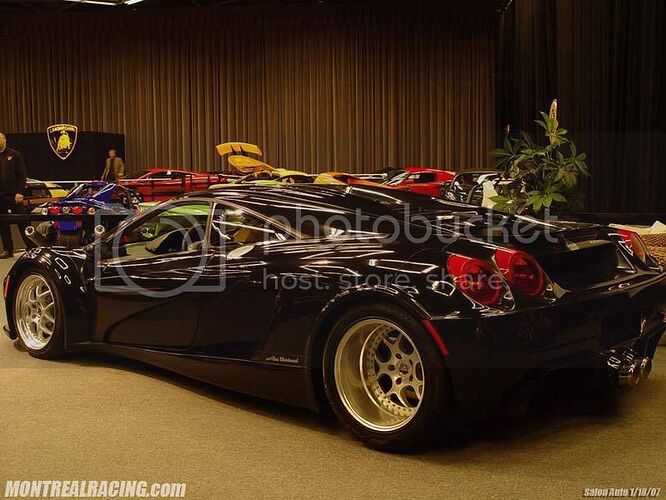 doesnt do anything for me. looks pretty derivative (ferrari+lambo with a little lotus thrown in).

I wouldnt give it away if i got one for free, but would take a more highly engineered, refined supercar anyday. not much new here.

Same here. His “design” is not very original. The only credit I can give him is that he is actually building a super car. He is a good guy but hard headed. I have offered my services as a designer but he wants to do everything by himself. I think designing and building a car is a TEAM effort.

Pretty much what I was thinking…verbatim.

But then again, Ferrari’s and other super muscle cars never turned my crank. I never understood the attraction…nor found them overly attractive to look at.

Ferrari’s and other super muscle cars never turned my crank. I never understood the attraction…nor found them overly attractive to look at.

Just curious, what do you find attractive or “turns your crank”, automotive-wise? Not that I thought everyone loves all supercars, but you must find at least one or two of them attractive in some way?

I do agree with everyone’s statements so far regarding this particular model. The proportions seem off and it does seem like a conglomerate of different existing models. I would like to see the concept sketches to see how he arrived at this conclusion…

Seen it before, the infamous J-Taur: jaguar front + taurus back.

Anyone who can build a car is to be commended. I have a hard time finishing any home reno project, build a whole car???

Anyone who can build a car is to be commended. I have a hard time finishing any home reno project, build a whole car???

I agree, it is an amazing feet. I’m sure it is fast and handles well. It is just a shame that these projects are so often not good looking. As many years as these guys spend learning how to build cars, it seems they spend a short amount of time collaging a bunch of un-connected styling elements that have no relationship to what they are trying to do.

Just curious, what do you find attractive or “turns your crank”, automotive-wise? Not that I thought everyone loves all supercars, but you must find at least one or two of them attractive in some way?

Hmmmmm…good question. In general, Audi/Porsche does more for me than any Ferrari

I could gawk and drool all over the new Jaguar XK all day long. I saw one on the road the other day and I damn near drove off the road. It was amazing.

But I have to admit, that I went to the Ferrari site to try and they are much nicer than what I think of when I think Ferrari. This is what I think:

I see these things driving around town periodically and I just don’t get it. I don’t find them particularly attractive, and they are more about showing you have money…at least that’s all I could see anyone wanting it for.

I find the front end nice, but the rear still has that overdone, muscle car look to it. I guess Ferrari’s seem to be more about the power under the hood and displaying that semantically. My taste is definitely more in elegant lines and clean details.

It seems like the guy that built it runs a carbon fiber fabricating shop. That explains a little. Construction is of the fairly straight forward tubular space frame with a carbon fiber body. They say it has a 8.2L Chevy V8 with 750 hp, but I have to wonder how much of that can safely be put to the road.

Blaak: Do you know if they have track tested it?

Also, I can’t help but look at cars like this and wonder, “where have I seen those headlights?”.

Then there is always this:

Here were the initial drawings from the builder. Not great.

No drawings were made for the new version. He was pretty much modifying his first prototype (5 year old proto) on the spot. 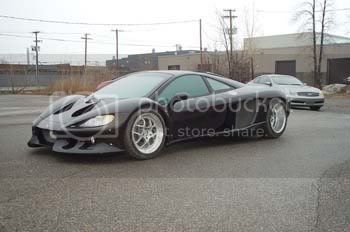 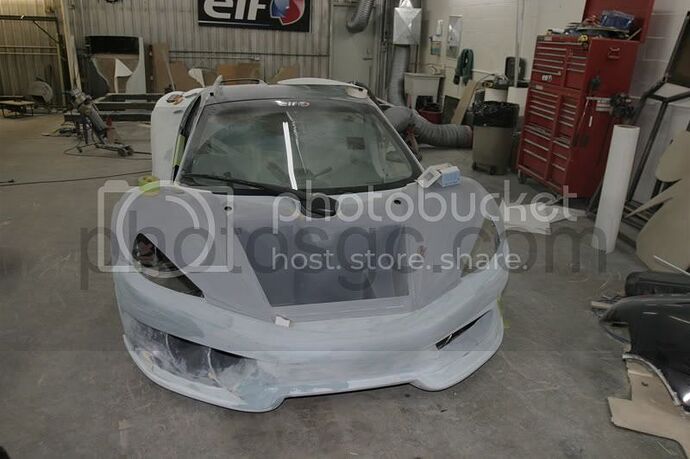 After seeing those drawings, I decided to sketch up the new version during my lunch break. 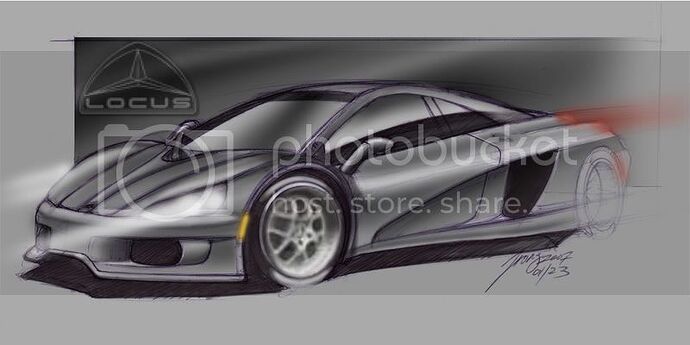 The car is still a “model-prototype-fiberglass”, actually what you see is the master used to do the molds. He was suppose to built a functional prototype. But, as any big car project, it takes more then 12 months and more then one person to built one.

By the way, he built those Ferrari-Fiero, replica Lambo cars back in the 90’s. 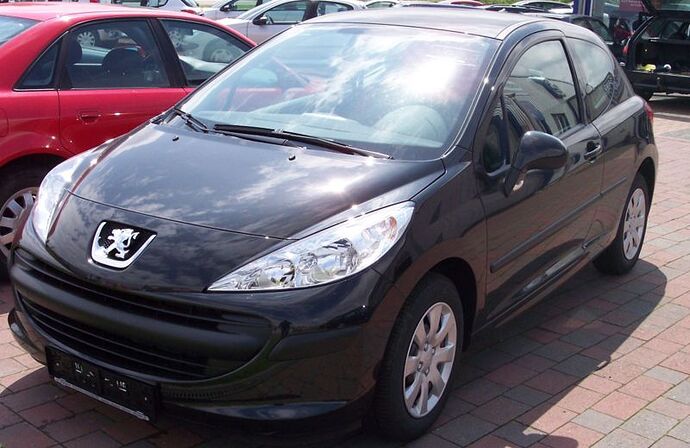 I’m Canadian, but the back is pretty much identical with the Enzo. Nice sketches though.

The drawings remind me of the Cizeta:

Nice car. Incredible bespoke V16 engine. Unfortunately, the Cizeta is 20 years old and the Locus is supposed to be a modern supercar?

Apparently, it will be yellow for the Toronto Auto Show. 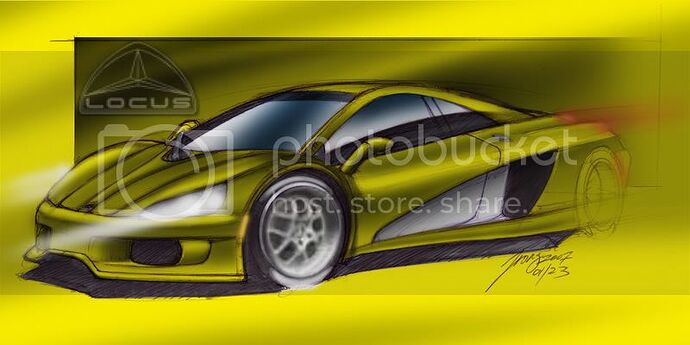 Like I expected, he ran out of time so he made something quick for the car show. I smell designer intervention

ugh, what am i looking at in that interior shot? is that a seat? a spread eagle flesh colored gumby? wha?

definitely worse in than out.

is that a seat? a spread eagle flesh colored gumby? wha?

It’s not finished, there is no driver’s seat. The guy decided to have a 3 seater like the McLaren F1, but it looks like he only put the start of passenger seats in. The middle seat will be located ahead of the passenger seats and those gumby legs keep everyone in their place. I think anyways, this is all guess work. 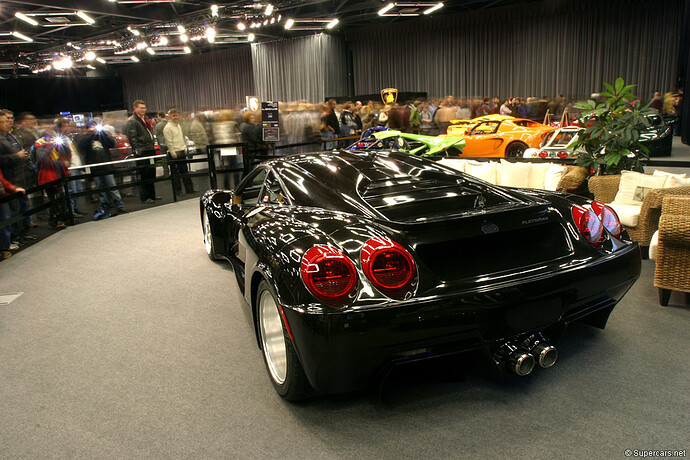 2007 Locus Plethore Prototype Jan 26, 2007 – Since the Briklin SV1’s departure, Canada hasn’t had a supercar of their own for thirty years. Now, after laborous development and ambitious planning, Locus Technologies, led by Luc Chartrand, is ready to...

Other than the laughable reference to Bricklin as a “supercar” (175 hp and 3470 lbs.), I keep thinking of the Koenigsegg when this Plethore is described. Except that the Koenigsegg costs twice much, but you do get a completely bespoke engine, a unique interior design, and really cool doors. Looking at the other end of the price spectrum, there is another with a Chevy V8: the Corvette Z06. There is a superbly engineered (if rough around the edges) and seriously fast car that cost $70,000.

Maybe the Plethore is for those people without the money for a Koenigsegg, but who don’t like the 'vette’s image? Or, more hopefully, the yellow version in Toronto will appear much more finished and professional? 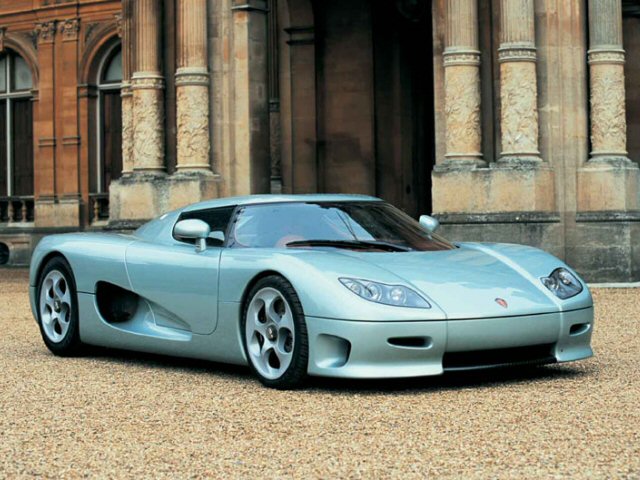