Can you I.D. this tail light?

This is a stretch… a buddy of mine bought a sidecar rig over the holidays and wants to be able to purchase a replacement tail light assembly before he needs it. Trouble is, it’s long out of production and no one at the manufacturer remembers what it came from. I’ll refrain from any “design related” comments… …

What is known about it is the SAE number: 85 PP7366. “85” generally denotes year of manufactured. The subsequent two-letter code should designate “parking” and “side clearance”.

My best guess is a Honda CRX…

I think Honda as well, but might be a version for European market?

Pretty close Eddison, the only difference I can see is that the back-up light is oriented “vertically”. It might be close enough.

The side car was built by a California company… California Sidecars. It’s probably some “locally” available (at the time) part. I can’t imagine a manufacturer not keeping some kind of records on what they were purchasing, but…

87 CRX is getting closer: 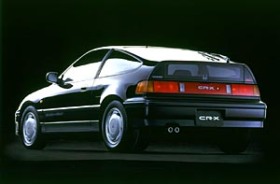 87 CRX is getting closer: 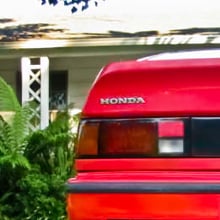 I’d say we’ve got a winner!

Thanks guys. I knew this group could provide the answer!

Thread bump. But I do remember seeing such tail lights. My first accident was when I hit a car in a traffic jam. Oh well.

lol! It’s a rare place to find a group of folks that can ID a single taillight custom fabricated onto a sidecar of a motorcycle.