Can IxD save the IoT?

I’ve been thinking about this quite a bit lately and wondered if anyone had any thoughts they’d like to share.

This post pretty much sums up my thinking about the current state of Interaction Design as it relates to products and services in the “Internet of Things” area: 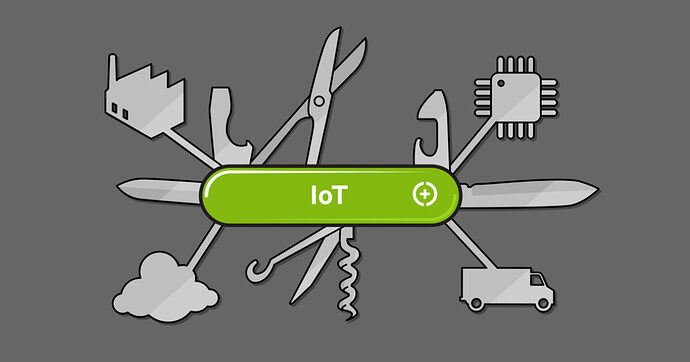 Finding simplicity in the complexity of the Internet of Things

The Solid Conference – Hardware, Software & the Internetof Things (solidcon.com), recently held in San Francisco, is touted as a revolutionaryconference that goes beyond the Internet of Things.

We are the facilitators of a rapidly evolving conversation between humans and machines. As such, we need to understand the capabilities and limitations of both, as well as keep an eye on the overarching goal: augmenting - without obscuring - the human experience.

How does this change our design process? What are the new tools? What is the future of HMI? 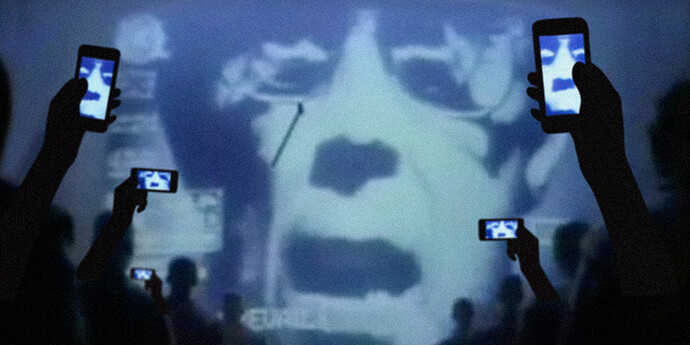 I think the number one barrier to good interaction design is marketing trends. Clients want apps, they don’t want to solve problems. They want to be able to control things with a phone, not solve problems. That is from my experience. It might be worse elsewhere as businesses want to collect data or sell advertising rather than solve problems.

Ray brings up an excellent point. It seems more about adding an app or controlling something with a phone than actually innovating. There has never been a better example of this than the Fisher Price swing that is controlled by a smart phone. Do we really need a baby swing that you control through a phone? It seems like more work to do that than to actually flip the switch when you are putting the kid in. Just seems like another product jumping on the feature creep bandwagon. I wonder what the problem was that they were trying to solve by adding in another UI to the product.

*disclaimer: my kid is pretty easy in that I can just put her in it and turn it on. I never had the need to adjust the swing once it is on.

I’m also with Ray on this one. Were seeing a lot of connection between devices and smartphones but not a whole lot of networking to create an “Internet”.

For some device, this simple connection is enough to provide a lot. For example, new cameras that you can upload your picture to your smartphone (ok, besides the point that your phone might be a good enough camera). Audio mixing desks that can be controlled wirelessly from a phone - super useful for sound techs as they can set levels from the stage and actually understand what a singer means when he says he can’t hear himself. We’re also seeing hardware devices that use the phone to do complex setup instead of super twiddly hardware interface where you need the manual with you and you need to hold three buttons at once to access some functions…

However, I think the crux of the “Internet of Things” will be how do you get those devices to talk to each other and make useful decisions. Like how do you get your lights to suggest to you that you might want a dim colourful setting in your dining room based on the fact that you got home from work, it’s 6 o’clock, you’ve turned on music and opened your fridge and that it’s also January in New York so the Sun has already set? It’s already just a lot of work to get those devices to talk to each other never mind coming up with useful decisions. Even more complicated, how are those decisions made and how would you modify those behaviours? - What’s the UI of that going to look like !?

At this point, I feel like, at least in the short term, this “Internet of Things” might better be thought of as the rethinking of the embedded systems in everyday objects. Especially with the coming of smartphones, embedded electronics have dropped in price. We can get fairly powerful chips, really cool sensors and practical radios at very low prices. Maybe connecting my microwave to the Internet or my smartphone is completely useless but having a microwave with a microphone and humidity sensor inside that runs all kinds of complex algorithms to determine when it should stop heating my popcorn before I burn it one more time would be a meaningful advancement for humanity.

There’s certainly a chicken-egg problem. You need a bunch of networked objects to start to do interesting things, and you need real, compelling reasons to think through polished connected objects. The fact that connected lighting is at all popular, to me, is an indication that people are interested in playing with it but not much more. There are so many UX problems with connected lighting, all for the benefit of having your lights change color from your smartphone? Not relevant to most people. When the friction in terms of ease and cost is much less, than frivolous connected objects will make more sense, but until then, you have to start with an actual user need and design a complete product from there. Connectivity or an app should be only a byproduct of that process.

The barrier to entry for a lot of this stuff has been greatly reduced, given that all the things happening on the back end are inherently complex. But the ability to easily prototype these things means it will be easier for students and designers to tinker and think of new solutions, even if it isn’t a direct route to production hardware.

Autodesk has also done a great job of some of it’s PCB prototyping tools in a way that is easy to learn in an interactive manner. Once you start to combine simple eletronics with some basic code you can start to realize that many of our “magical” devices are actually simpler than they may have seemed.

Between my job and being a member of a large, local, hacker/artist/creative space, I’ve easily watched this revolution happen.

These days I’m almost not impressed when I look at Sparkfun, Adafruit or similar website and see the a 9 axis, 3 environmental sensor, intergrated IoT & SoC with Pokemon detector chip, on a breakout board for $15. $20 if you want the version that formats the data into I2C, SPI and Morse code formats, that’s fairly easily integrated via Arduino programming.

I have a number of 6 month old breakout boards that were planned to be in costume, phone/network connected and other projects, that I guarantee you that I can now find faster, lower power consumption, smaller, easier to interface/program version for a couple dollars less.

Also with the explosion of related online user groups(3.0?), it’s fairly easy to find info on how to, or someone that has, created something similar to what you are looking to do.

I bet you could find someone that has created a drinking straw that cools your drink to the temperature in Reykjavik if you wanted.

These days its the application of the technologies that I find more interesting, curious, frustrating and funny. I’m also watching how this all effects ‘local’ based manufacturing, mostly on a small/med scale. Again the increasingly easier access to tech is allowing more fabrication shops of one sort or another to be attempted. Although well set-up now, take Shapeways for example.

At the same time I often think about the “landfill” issue. More so when thinking about the ever increasing available 3D printer technology. But that is a topic for another post.

I’m kind of surprised that the consumer end of IoT has continued on as long as it has. I definitely agree with an earlier post that adoption comes from novelty over usefulness… I guess the narrative that I’m seeing with it (whether intended or not) is that these consumer connected geegaws are necessary for the proliferation of data capture which will feed the real IoT. For example, nest knows when you like your home to be certain temps, and from that, energy usage can be derived, and when combined with other data, say for example, knowing when you’re home based on the geofencing info from Phillips Hue, you can start generating other insight. (how much energy you’re wasting by leaving the furnace on, etc.)

My example isn’t a great one, and I think that this is kind of the problem with the whole IoT thing… there’s no killer app yet that really demonstrates a lot of value. …at the consumer level.

The enterprise level on the other hand is primed to benefit from things like this. The bulk of my work over the past two years has been some kind of data aggregation/insight dashboard. Companies have tons of moving pieces and are constantly trying to maximize efficiency. The application of this data is a good fit for them. It starts with their internal data - “I want to know system changes that affect uptime and then see what that means in dollars… and get recommendations on how to prevent it in the future”. I think that eventually (yeah right, it’s already happening) getting that consumer level data into their algorithms will help with the insight generation. Maybe a good example is the progressive car insurance device that monitors your driving habits to give you a discount for safe driving.

I’m not saying that the power company is watching your nest data. we’re only at the beginning of this trip. but with the consumer stuff people are getting used to, and WANTING to capture more data about their lives. I think it will continue. then it starts getting kind of 1984.

Also curious to see how GE’s whole shift to IoT as an overarching business strategy works out.