Can anyone ID this chair? - 60's orange vinyl

Hi, first post here. Below you will see photos of a chair I rescued from a dumpster about five years ago. It has been my office chair while, and I would like to recover the chair. It is currently covered in orange Naugahyde, and I am considering some other options.

The chair came out of a building that was full of Eames chairs (I have four of them on swivel bases in my lab - orange too) and other Herman Miller mid-60’s industrial/office furniture. I have also seen older Knoll stuff lying around, too.

View of the seat: 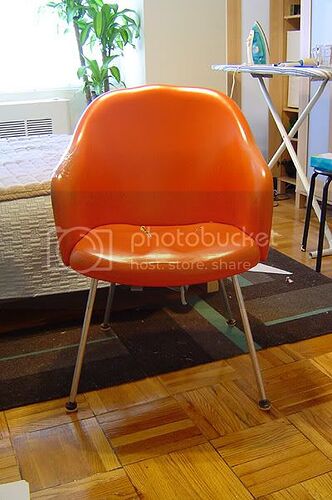 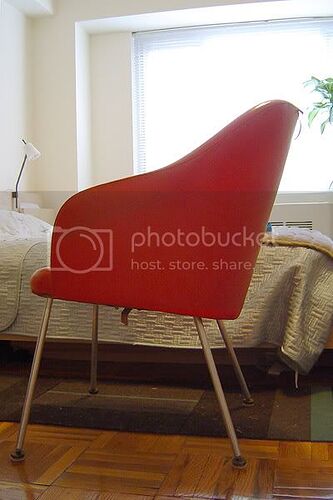 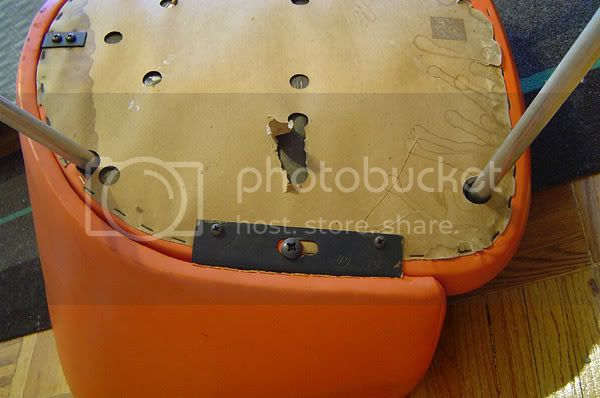 Brackets stamped with “JG” in a circle: 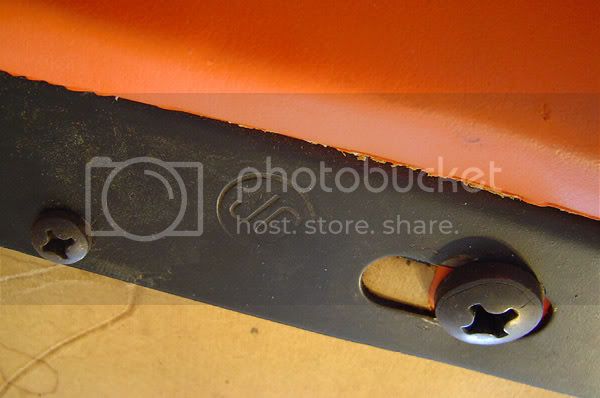 The legs appear to be solid aluminum rods with feet like this: 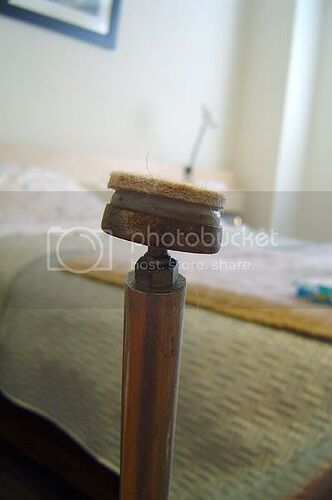 Just curious to see if anyone knows who might have designed or produced it. I can’t match it with anything that I have seen from any of the major manufacturers/designers of the time. 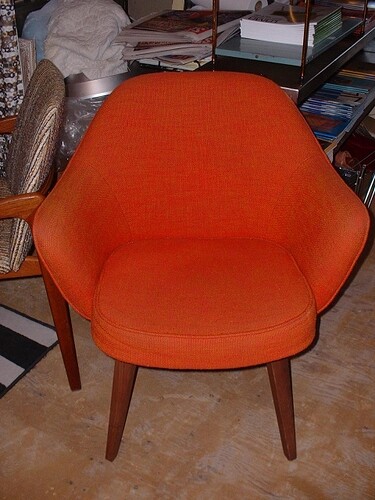 That’s what my wife and I have been thinking. It doesn’t quite have the geometries of a true Saarinen, but it definitely looks “inspired by” his chairs.

On this site there is a mention of a J.G.Furniture.

Maybe that’s what the JG is from.

On this site there is a mention of a J.G.Furniture.

Maybe that’s what the JG is from.

I was able to locate a few web hits on a JG Furniture Systems in Quakertown, PA. It seems they did produce office systems and furniture around that time, but it appears to be out of business now.

i dont know the chair but looking at the underside construction looks a like a cheap period contract furniture chair common to department stores and the like of the time. likely 70’s more so than 50’s/60’s of the originals i’d say. saarinen influence perhaps but nothing really of much value. still, perhaps would be OK with a reupholstery.