Hey Guys, Im building a PC with the intention of it replacing my MBP for rendering and modeling. Trying to squeeze another year out of my macbook as its starting to show its age. And all the abuse I put in through rendering cant be helping it. The thing gets wicked hot and I’m sure its starting to take its toll on the performance.

Incase it matters I plan to do a tiny bit of overclocking nothing over the top. Probably will stick to 4.0-4.5 range on the i7 2600k. Which is apparently pretty easy.

I’ve already bought a few items. Mainly just what I’ve seen that was a good deal. But the other parts are still up for change. Also getting a good deal on my GPU from a guy at work. Not sure if I should go for a Quadro or FirePro card. Might need someone with a bit more knowledge to chime in. Cyberdemon? Trying to keep this under 1,100 after everything so I can always move around a bit of funds, like taking out the SSD in order to get a better GPU.

Lastly not sure about my storage, just put in what the most recommended drives were. So its a slower 2TB alright or should I stick with the faster 1TB. Not sure I’d even need the full 1TB.

Get the faster HDD. Fast read/write speed makes a world of difference. Consider a Sandy Bridge instead of an i7?

Your probabbly right about the faster HDD. I honestly don’t think I even need the 2TB for an internal. Even with all my movies I’m sure I’m way under 1TB of data and I can always keep those on an external.

I believe the i7 is in the Sandy Bridge chip set. Updated the links.

The benefit of SSD is negligible for our line of work. You are paying more for almost 10 times less storage.
F4 is 5400 rpm so NO NO…ok if used only for storage.

Maybe get 1000watt Asus Power supply to future proof the investment (just saw that you already bought the other one).

Also do you think the SSD is a waste in our line of work? Since this machine wont be used extensively daily. I guess paying the premium for the SSD is a bit of a waste. I could always wait till the prices drop and then upgrade down the road. Or pick up two of the Spinpoints F3 and put them in Raid0

Also do you think the SSD is a waste in our line of work? Since this machine wont be used extensively daily. I guess paying the premium for the SSD is a bit of a waste. I could always wait till the prices drop and then upgrade down the road. Or pick up two of the Spinpoints F3 and put them in Raid0

What I mean is that you are not getting bang for the buck at current price/capacity for the minor gain that you will get with the SSD. Your apps will launch few milliseconds quicker so not a big deal in my book. It’s not like you are a video editing pro.

For the software you are using the biggest difference will be made by speed of the CPU, amount of RAM in the system, and the graphics card speed+onboard memory.

Sorry, was on vacation.

The build looks fine - fairly similar to my home system actually (though mine is an older i7 930 @ 4.0ghz not a Sandy Bridge).

As far as the video card goes, if you’re sticking to CPU based rendering programs and can live without the more advanced Solidworks visualization features, a card like the GTX 460 768mb should be plenty adequate (what I run). Think there are some for sale on Slickdeals today.

Other then that the machine looks good. I would still keep the SSD to use as your OS drive. It won’t make your rendering faster but it will make the entire performance of the PC feel much snappier. It’s only an extra $100 which shouldn’t break your budget.

The Corsair H50 is a good cooler, but I do not believe it will fit on the Socket 1155 CPU. You either need to jump up to the newer H60 or H70. Also, if you are looking to OC it I’d recommend either going for the H70 and just being done with it, OR make sure you pick up an additional 120mm fan so that the radiator can have a push-pull (2 fans, 1 on each side) setup. I found that the cooling was less than stellar on the stock H50 with only 1 fan.

Other than that stick with a 7200rpm drive like was mentioned and you should be good.

Sadly the GTX460 is out of stock now.

Might look around to see if anything else comes up. If not I’ll probably jump on the 560ti. Though the $90 saving would have been nice.

Do you think an air cooler like the Cool Master Hyper 212+ would be a better (cheaper)option? I looked at the mounting specs and it looks like the newer bracket that come with the H50 will work. However do you think I’d be better off just getting a better cooler to start with (H70 or Noctua D14). I wasn’t planning on over clocking too aggressively, but I’m guessing it’s a slippery slope and I’ll be changing that mindset in the future. 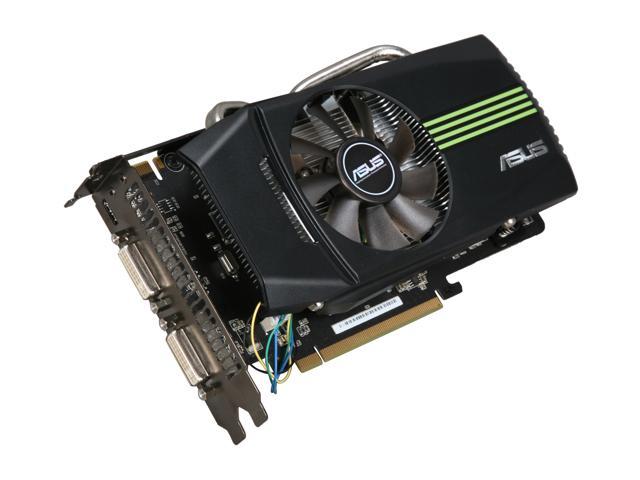 I haven’t done much air cooler research. Frankly my main reason for going liquid was to be able to run the fans nice and slow 99% of the time and keep the CPU good and cool without a lot of noise. I keep all of my fans running as slow as possible at all times and have never run into temp issues.

The H60 just got pretty good reviews on HardOCP from a review they just did of it. Temps (with only 1 fan) are very similar to the H50 but the noise is much lower:

If you went that route and added an additional fan you’d have 90% of the performance of the H70 with less noise as long as you went with a good slow fan.

Yeah, I was referring to the one on thefront page of SlickDeals. But it looks like there are some other good deals on other 460’s too. So I still have plenty of options.

Thanks for the feedback. Hopefully I can get this built up in the next few weeks.

I can’t really speak so well for the rest, but I’d second the case for a smaller speedier (SSD) hard drive. I’d want my programs to frighten me they open so fast! the quick boot and assorted performance boosts would be nice too

Another advantage is that you could quickly set up different drive images and not have to worry about moving files off when you do it. Great for running different programs that don’t run so well when their both installed on the same machine. Or if anything goes wrong on your system you can wipe it and start fresh in about 20 min…

SSD is usually the most noticeable performance difference you can make on a modern PC. It doesn’t matter how many cores you have when you’re waiting a minute for your program to load from your slow HDD.

SSD is usually the most noticeable performance difference you can make on a modern PC. It doesn’t matter how many cores you have when you’re waiting a minute for your program to load from your slow HDD.

A Samsung F3 is hardly a slow HD

I have 24GB RAM and I launch my apps once every few days. They are open all the time. Everythign is snappy.

SSD will make zero real world difference for rendering. If money is no issue than sure get SSD but I think they are 1-2 gen away for being good bang for the buck.

For the same money I personally would get a small fast F3 for OS and huge ones for storage. Either way it’s your money

Right, I know it will make no difference in rendering performance (as stated above).

But if you’re anything like me and occasionally reboot your machine, close or open programs, or save files (and that ones key - saving a few hundred megs worth of rendering data every few minutes) it will definitely make a difference, and the perception of a machine rebooting in 20 seconds vs a minute or so certainly makes the machine feel quicker.

If SSD’s were still $500 for a 32 gig drive I’d say no way, but these days you can get a plenty quick and big enough SSD for under $200 and running all your apps off there it will definitely be appreciated. If you were on the tightest of budgets I’d say no, but that really doesn’t break the bank any more. I still go back a few years and remember when I went to college and a barebones laptop cost me about $2k…the concept of a laptop for $500 was unheard of. Computers are cheaper than they’ve ever been and adding a little money is pretty reasonable.

I jumped from a 10k Raptor drive to an SSD and noticed the difference pretty quickly on the same machine. So jumping from a 7200RPM drive to an SSD will be appreciated, even if not essential. The F3 is a great drive and isn’t a bad choice if you’re staying with a HDD.