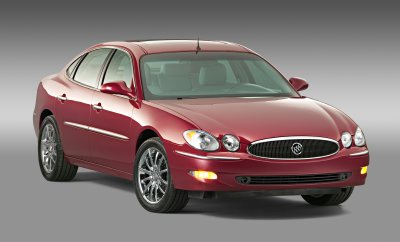 
I know we’ve been talking a lot about the parking lot rip offs in auto design, but this has got to be the worst. WHY WOULD YOU DO THAT?

Because it’s cheap and there are only so many people who are design conscious?

Exactly, molested_cow. Make the headlights separate and set back (sort of like a Jaguar), improve the interior quality, and put a shinier stereo in, and you’ve got a “new” car you can sell for a 30% markup. Although I’m still not sure, of the Pontiac Sunfire and the Chevrolet Cavalier, which one is more fancy.

Incidentally, the same thing happens with Lotus, Vauxhall and Opel. The Vauxhall VX220 and Opel Speedster might as well have been cloned and separated at birth (they were), and the Elise has a very similar platform although Lotus has done a lot of work on it.

Yes, I flipped the VX220 to show the similarity.

Are the new elises still glued together?

I prefer the style of the old one. The sharpness of the new elise looks too… pointy for me. It’s like having someone holding a pencil in between your eyebrows.

Incidentally, the same thing happens with Lotus, Vauxhall and Opel. The Vauxhall VX220 and Opel Speedster might as well have been cloned and separated at birth (they were), and the Elise has a very similar platform although Lotus has done a lot of work on it.

…But in that case Vauxhaull and Opel are both owned by GM and they contracted the engineering of the car to Lotus, who used to be owned by GM.

In the case of the Buick Lacrosse and the Ford Taurus, Buick is owned by GM, yet they copied their competitiors outgoing car almost verbateum. Maybe they used the same supplier for the side glass. Looks almost identical except for the little hook on the front of the Ford’s.

What a way to ruin a decent concept car. 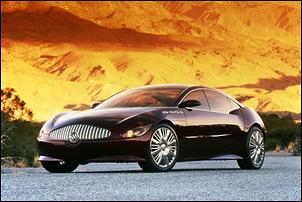 I wasn’t a huge fan of the Lacrosse Concept car, but it would have been far better than this POC

Wow, that was the concept? I know that very few cars go straight from concept to production, or with very little modification (the original Corvette and the Mercedes SLK are the only ones I can think of), but that’s just awful. Taking a concept that might have been, at the very least, interesting, and making it into something that follows the melted cheese movement of the mid 90’s…


Well, that’s why I dislike Buick. That and the Rendezvous.

I hadn’t even realized that the cars were from two different manufacturers (duh…wake up…) - I’m not sure why I didn’t pick up on that. I guess I just assumed it was another “take the same car and fancy it up”, as with the chevy venture, pontiac montana, buick something, and oldsmobile silhouette. That’s even worse than I thought. Oh well. I never liked GM that much anyway.

Oh, and take a look at the new elise with hardtop from the outside…it’s awesome. Tellme you wouldn’t be proud driving that - and I’ll bet you’d get more looks than a Ferarri.
lovely car

There are a few things clearly “inspired” from the Taurus. The side windows look like they are pasted on from the Taurus, and the four headlights hark back to those more innocent days of the '90s.

In the defense of the General though, the surfaces of the doors are completely different. Ford had this big dent swoop thing on the Taurus (not easily seen in the photos), while the General opted for more of an old Grand-Am but with edges on the rear fender. The front end too is more chiseled than the Taurus which looked llike someone left the model in the sun too long.

What about these two

The new Jetta, looks more like a refreshed Altima than a VW, the Altima aped the Passat, which itself aped an old 90’s Nissan concept car.

Thow in a bit of this too

I take it back, the Jetta looks pretty damn nice in person.

The Elise, Opel Speedster, and VX220 look similar for a reason - they all use the same Lotus-designed chassis. Undoubtedly, this predetermines some of the proportions and component placements, but they could have been a bit more original, really. And yes, the Elise is still glued together - and may still use the original chassis, but I haven’t kept up with Lotus cars lately. If its not the same chassis, there were very few changes. I’d love to have an Elise now that they are being sold in the USA - but I need garage/place to store the Lotus I already own first! .

I’ve come to expect sameness from within each of the Big Three, but the copy-cat syndrome has really taken off recently, affecting auto design all over the world. The Buick looks pretty much like your “average” big three sedan from the late '90s - could have easily been a Ford or Chrysler, just change the badge. Blech. The new Jetta looks pretty watered down in photos; the previous model was distinctly VW, distinctly German.

I don’t know about the US, but here in England, it’s a game played by schoolgirls with nets on sticks

“Hi, Im interested in the new Ford Netball. or have you got a demonstrator of the GM Lawn-tennis please?”

In the US it is more played by prepy young WASP males in private school, it can get rough, supossedly.

I think it attracts a water polo type of crowd.

In Canadian French the verb “crosser” means to masterbate. Hence the reasoning behind naming the La Crosse as the Allure in Canada.

The LaCrosse does take some attributes per the Taurus and refine and retune the lessons learned from the taurus. What is interesting is the common link the public makes between the two. Can we say automatic advertising. The lower roof line greater helps define the shape and porportion the car better than the taurus. Although not groundbreaking this may be a good segway to a more dramatic design to come.