I am a huge fan of sports, brooklyn and branding, so I awaited the new Nets logo with great anticipation.

Just wanted to share this delightful take-down of the logo by one of my favorite Branding blogs BrandNew.

It is a great read and it would be interesting to hear what the community here thinks about it.
I know, it’s not a graphic design forum but that does not mean that we are not entitled to an opinion.

Personally, I second the sentiment of the review and am baffled by the poor quality of execution, while I applaud how radical it tries to be.

Funny enough, having grown up in Germany, it reminds me a lot of the simplicity in German football/soccer club logos.

This is kind of ironic. 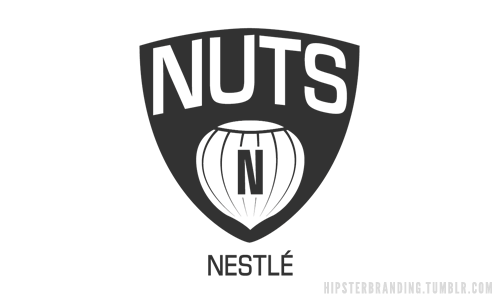 I’m blown away. I bet they will be among the top 3 teams in merch $ next year. Hell, I almost want one and I don’t like Brooklyn, NYC or basketball.

I’m blown away. I bet they will be among the top 3 teams in merch $ next year. Hell, I almost want one and I don’t like Brooklyn, NYC or basketball.

Exactly this is part of the problem, I think.
With style icon (for better or worse) Jay-Z so closely associated to the brand, it becomes something else than it should be. I believe he owns something around just under 2% of the franchise, however he is without a doubt the name and the face and it was his to appoint the graphic designer responsible.
That the most famous and valuable asset to the team is not a player put a rapper, should be telling enough.

Basketball itself is completely pushed into the background and just frankly becomes a vehicle for another lifestyle and fashion brand.

This makes me a bit sad and I hope it is not foreshadowing a new era in professional sports.
Even if I look past all the issues with the design itself, I have trouble taking this whole thing seriously.
As a sports fan, I am disappointed. If I were a Nets fan, I’d be outraged.