I’m a sucker for British autos (bought a '73 Lotus Europa when I was 16) and have always been a fan of TVR. Saw their new-ish Sagaris the other day. Probably the most hard-edged, boy-racer design from them yet. Just look at all those louvers! At least they aren’t faux add-ons or something. The interior doesn’t really do anything for me - not as good as their ‘Tuscan’ from a few years ago IMO. 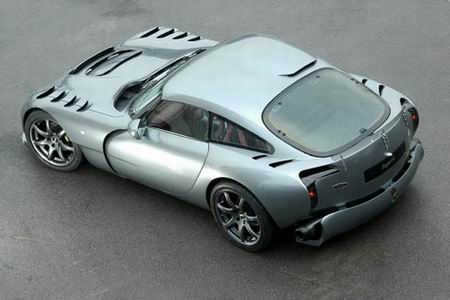 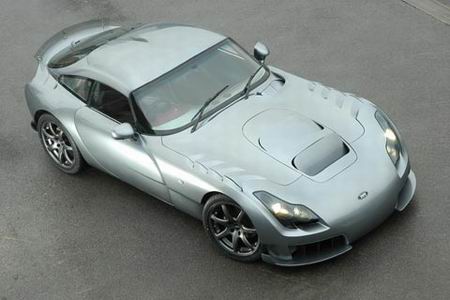 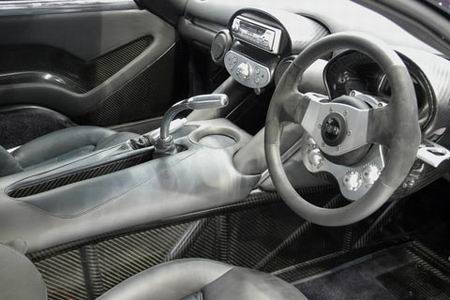 Overall, it reminds me of a 'Vette, but I don’t think anyone would confuse the two in person. Its too bad no one is building an electric that looks like this.

Oh, I don’t think anyone will confuse it with a Corvette, they also won’t sonfuse it with anything good looking… a mechanical shark from another planet maybe.

What happened, they used to make such good looking cars.

My school’s head of foundations drives a Europa Special to school, or at least last winter. It’s weird, cus I can’t imagine anyone driving that in the snow with all the salt on the ground. It’s really small and low, but really loud. It’s black, and extremely beautiful.

is that a shifter or a reading lamp?

It must have superior ventilation…

My school’s head of foundations drives a Europa Special to school, or at least last winter. It’s weird, cus I can’t imagine anyone driving that in the snow with all the salt on the ground. It’s really small and low, but really loud. It’s black, and extremely beautiful.

Actually, the Europa has a great f/r weight balance that gives pretty good traction in the snow, provided your tires are designed for “all” weather conditions and the engine is close to its original state of tuning - even then it can be a hand-full if the driver is a bit careless. Salt can be a problem just as it is with any car that doesn’t have corrosion protection on the steel bits, although it is popular to have the chassis galvanized during restorations to prevent it from becoming more akin swiss cheese.

I’ve held off on replying to this post to allow the images to simmer in my mind. I think this is a good design for the following reasons:

Also, at the end of the day…no TVR is a grocery getter. It has mad horsepower, no ABS, no traction control, no stability program, and RWD. Let’s face it, this car is designed to go fast on a clear dry day, and it looks like it.

Lastly, since we have been so critical of makes which rip each other off, I find it unsettling that we now are picking on one that hasn’t.

actually they aren’t just design elements, it looks like a race car because it is the sagaris was designed for a one-make race series and as a club racer though I would say they were overdone a bit for the sake of design. It’s basically a t350 with a lot of venting and improved underbody aerodynamics. personally I prefer the t350 the sagaris looks to me like somebody took an axe to it. I do admire TVR for their willingness to do unconventional designs though.

Don’t get me wrong, I love the British car just as much as the next guy wanting a lot of power in a small design with a lot of agility, quircky styling, and limited production numbers.

I particularly like most TVR’s, The Lotur Europa above mentioned, the origional Elan, i even like the freaking Noble, but this thing just doesn’t do it for me visually. it’s too akward and has so much going on. I understand it needs a lot of ventilation, but did it really need 5 vents over each front fender, two huge ones on the bonnet, the the asymetrical one on the passenger’s side of the windsheild, all coupled with the current cliche doglegged headlamp covers which each have vents under them, and then a larger vent unde each on the bumber with smaller flanking vents for the brakes? Couldn’t at least 2 of those elements been in the same form vocabulary? I’m nitpicking i guess.

Maybe it would look different in person, like the Lotus Esprit does. It looks so blocky and boring in pictures, then in reall life it is some how kind of sexy.

Looks like the TVR’s vents are to reduce intrior heat. As we can see its already affected the shifter.

The latest Newsweek has an excellent article on the “British Invasion” of automotive design. Includes mention of J Mays move (or banishment) to London. Lots of reference to foreigners being able to better define the American aesthetic. Worth a look.

I’ll check it out. Thanks.

It brings up an interesting concept of removal. Once you are not the supposed consumer, you can do your research and design more objectively.

I might be mistaken here, but I think Ralph Giles, designer of the Chrysler 300c is Candian.

The flip is also true. There are plenty of American designers at VW, BMW, Audi, Mecedes, and Posche. I would think the same for these designers.

I love British car design…The DB6 and DB9, the new Elise, the TR3…beautiful. As I’ve mentioned a few times, my dream car is an Elise S3 in graphite gray, or maybe a JPS version

That Sagaris is quite sool, though. I actually like it a lot - but no one would ever confuse it for a vette.

A new TVR I love:

(from TVR) The T350 is a brand new coupe based on the running gear of the universally acclaimed Tamora. The concept is to apply TVR’s expertise gained in motorsport to a road car, and both shape and engineering owe much to TVR’s racing programme. It is intended to form the basis of a racing car for the new GT Cup class of the British GT Championship as well as for a number of overseas one-make race series. This car is available in two forms the T350C, where C stands for coupe, and the T350T, for targa, which is the version with two removable panels overhead.

Function dominates form with the T350 and its motorsport application determines the way the car looks. As a result, every effort has been made to maximise downforce while minimising drag. The frontal area is very smooth without a central radiator intake which helps it punch through the air easily while the sharply cut off tail punctuates the airflow sharply to reduce drag. The sloping roofline at the back has been very precisely profiled to ensure that the airflow remains attached to the car in order to negate lift. Allied to a diffuser under the exhausts and a splitter at the front, the T350’s shape has been optimised aerodynamically in a way that is simply impossible with a two-seater convertible.

The interior of the T350 is largely based on that of the Tamora and is all the better for that. It has the same analogue readout for speed and engine revs above a switchable multi-function display which gives the driver the fullest range of information from engine water and oil temperature, outside air temperature and battery volts to maximum and minimum values achieved (including maximum speed). A sports pack is available which will have extra readouts including lap times. With a side-opening hatchback above the large luggage area, an unexpected advantage will also come in terms of plenty of boot space with easy loading.