Ran across this really interesting article: 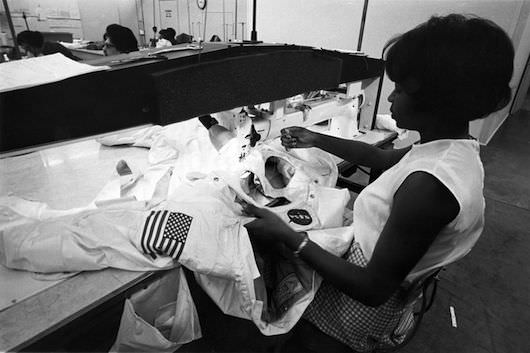 “When we think of the Apollo 11 moon landing, what do we think of? President Kennedy’s bold vision. Neil Armstrong and Buzz Aldrin’s heroism (unfortunately we rarely think about Command Module Pilot Michael Collins). Perhaps we even think of the incredible engineers, rocket scientists, astrophysicists and all the other geniuses at NASA who made it possible. Now we want you to think about your grandma’s bra.”

Thanks for sharing, that was a great read. I really wonder how the movie will turn out.

I had a lecturer who used this as an example to show the difference between engineering and design; the engineering approach was to treat it as a ‘precise’ problem that could be solved with numbers and measurements, but because humans aren’t ‘precise’ it didn’t work. The design approach was more ‘fuzzy’, modifying and improving an approach from another field.