Boys and their Toys

The cars were attached to a pair of ball bearings mounted on the front and back axle and guided by a rail on the track which added more fun for the spectators. It was like “real” racing. Rail racing enabled more than one car to be on the track at the same time. 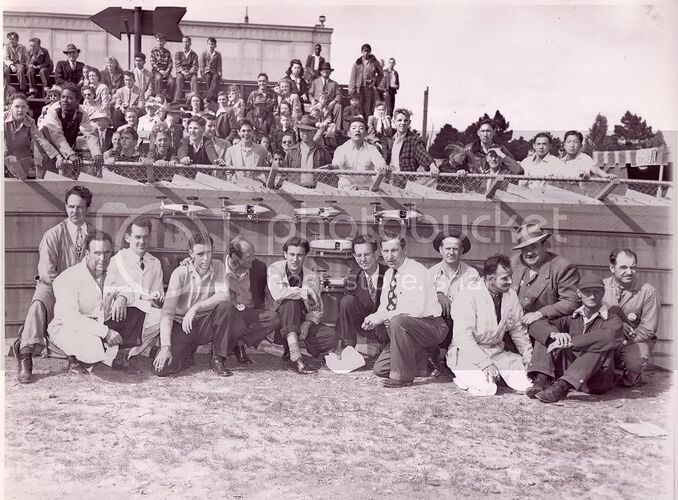 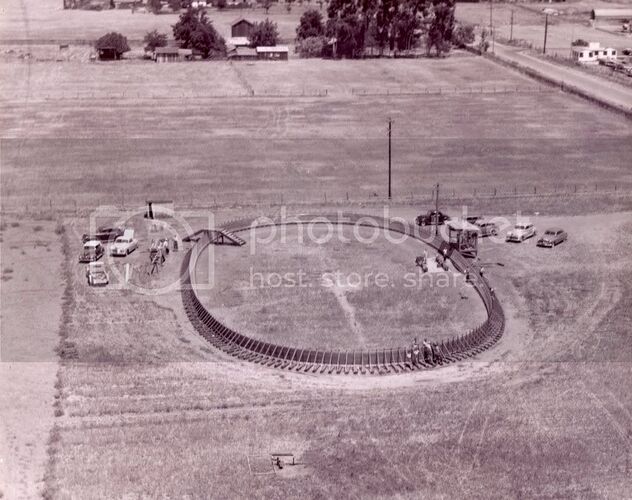 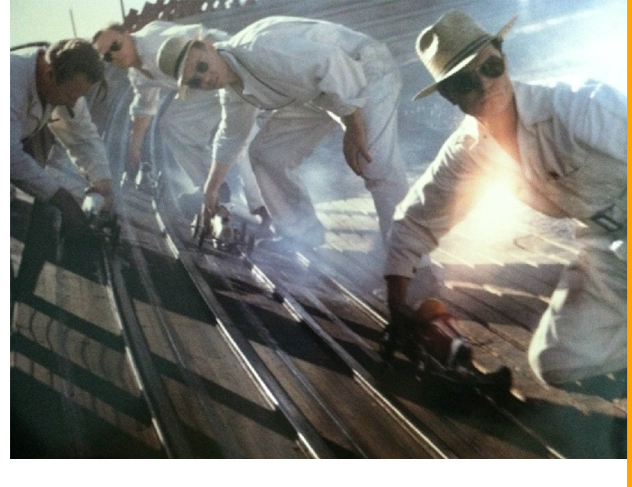 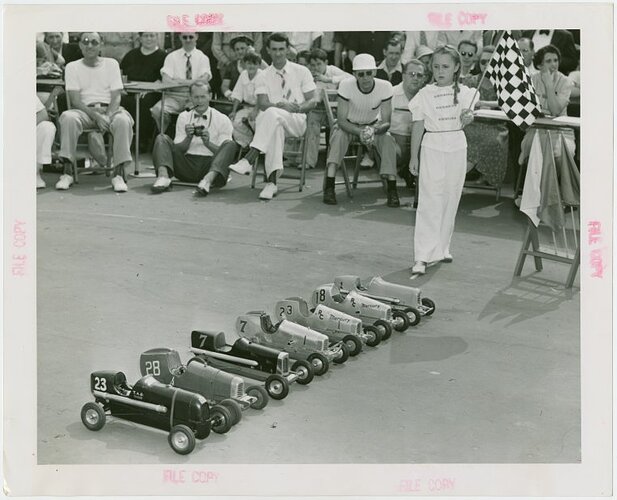 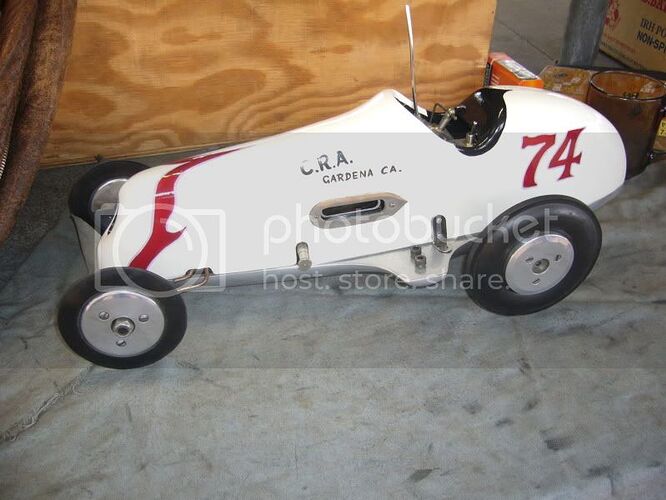 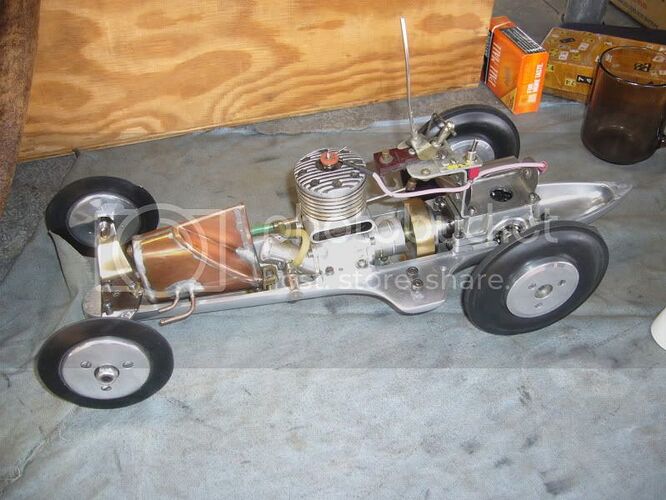 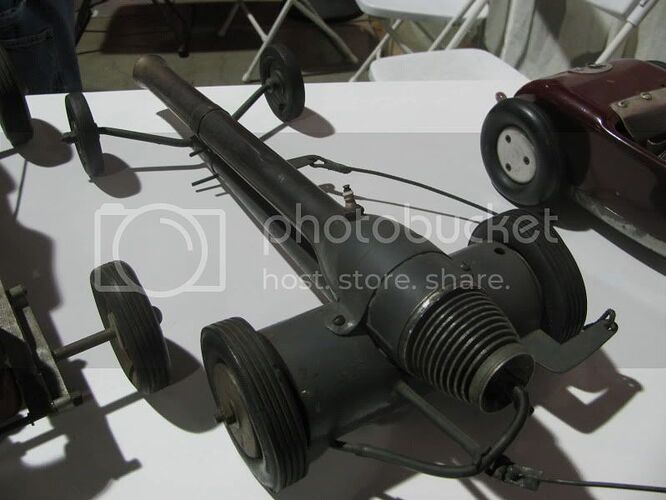 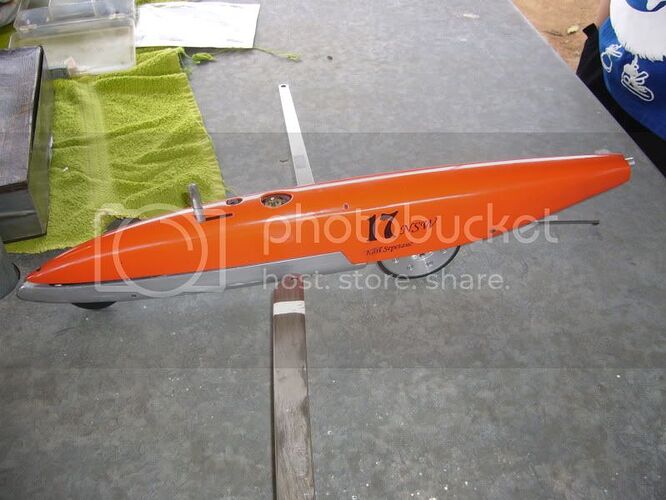 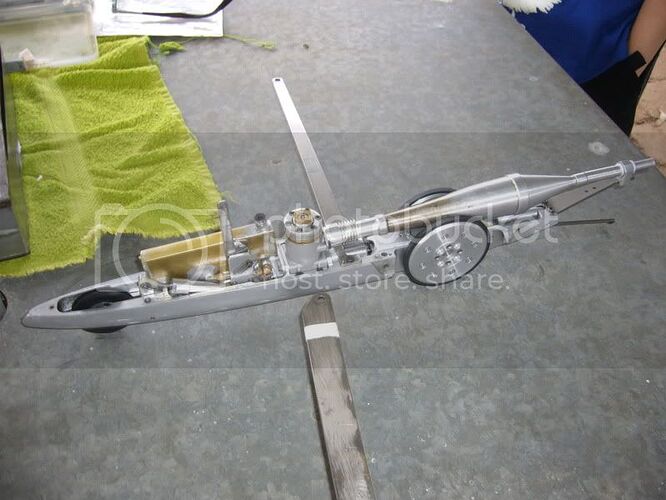 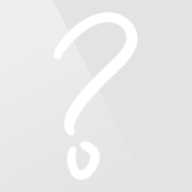 There has been a lot of talk about tether cars on the H.A.M.B. as of late (cool, damn cool, really damn cool). As such, I thought I would add my two...

That ‘Bluebird’ is beautiful.

Wow, that video really brings the speed into perspective! The sound it makes at full speed at the 1 minute mark is terrifying

Kind of makes you wonder what would happen if the guy slipped before he could hop up on the little step. It probably wouldn’t take more than a second or two to wind up his leg.

How does it stay on the ground at those speeds? It seems like it would have to be an extremely smooth and perfectly level surface, or is the tether really heavy?

Track construction detail are on page 22 -26, but I did not see any spec for “flatness”, or surface finish. There are a couple of “how to build a track” article and in them it is suggested that a transit be used to level the form work; you can get pretty tight with a good laser transit, but we’re still talking “fractions”, not thousandths of an inch. The center pole is required to be what looks to be 2" solid steel bar. Not a cheap hobby by any means. Check out some part prices.

Max car weight,depending on class, looks like about 6-1/2 pounds. The cable diameter is dictated by class and speed; ranging from 0.035" - 0.078" diameter. Increases in wire diameter, per class, are required when exceeding given speed ranges. Obiviously they don’t change the wire diameter on the fly, it is determined by the speed they will attempt to reach.