Hi, I’ve had a stab at doing some graphic design for my MA report I wrote a while back. The report is titled ‘The Structure, Influence and Application of Emotion in Product Design’. I wanted to do nice layout as I ran out of time when I had to submit the report. I’m planning to print & bind it myself as its only 60 pages. Let me know what you think…if you spot any errors drop me a pm.

Nice graphics and pictures.
At a quick glance:
page 36, typo: Why “Attractive” things work better
page 40, typo: I think it’s spelled “centered” or is it one of those american/english things?

Thanks Skinny, yeah centre is the UK spelling and center is US

Michael asks: What is the difference between the words centre and center? This is one of the reasons why Oscar Wilde described America and Britain as "two great nations divided by the same language." The words are identical in meaning,... 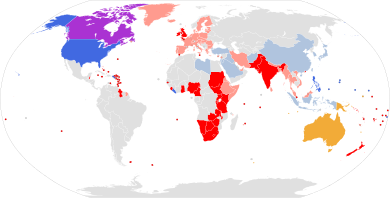 Despite the various English dialects spoken from country to country and within different regions of the same country, there are only slight regional variations in English orthography, the two most notable variations being British and American spelling. Many of the differences between American and British English date back to a time before spelling standards were developed. For instance, some spellings seen as "American" today were once commonly used in Britain, and some spellings seen as "Briti...