Have you seen the new BMW 4 series “concept”. Hopefully this is a thinly veiled production model. The front and rear clips are pretty awesome. The back especially is pretty bad ass. Side view proportions are really nice. Love the mirrors and door handles. I’d love to see those details go to production. My only caveat, and there is always something, is the side vent behind the front wheel. It is better that the Aston Martin inspired stuff everyone else is doing though. 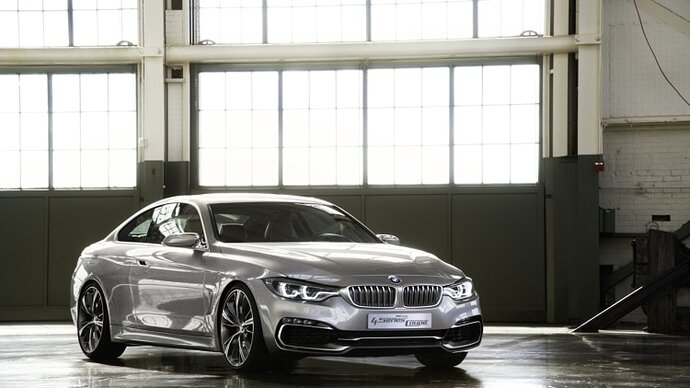 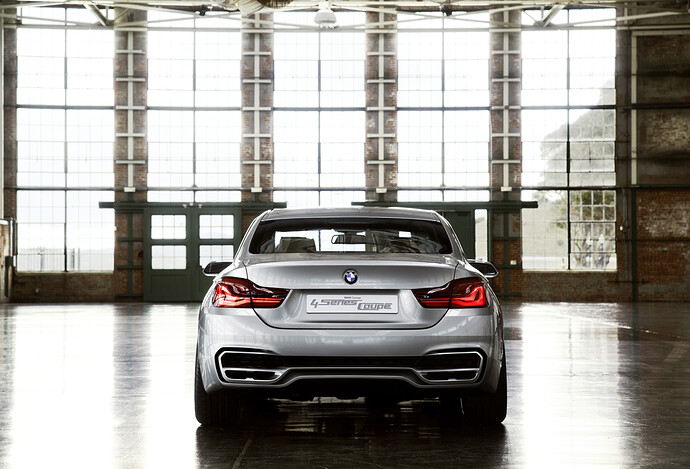 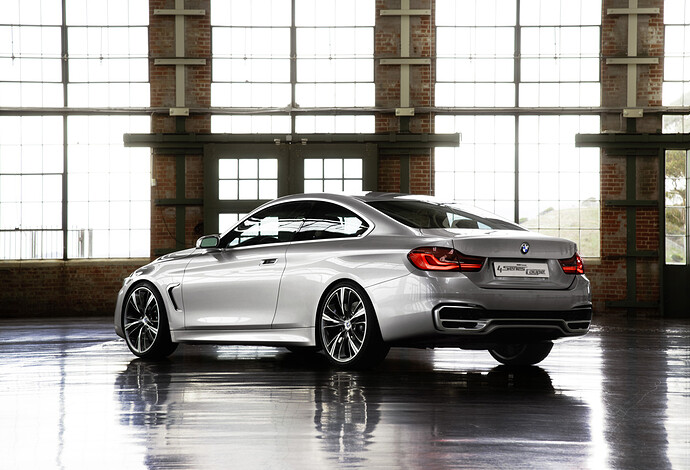 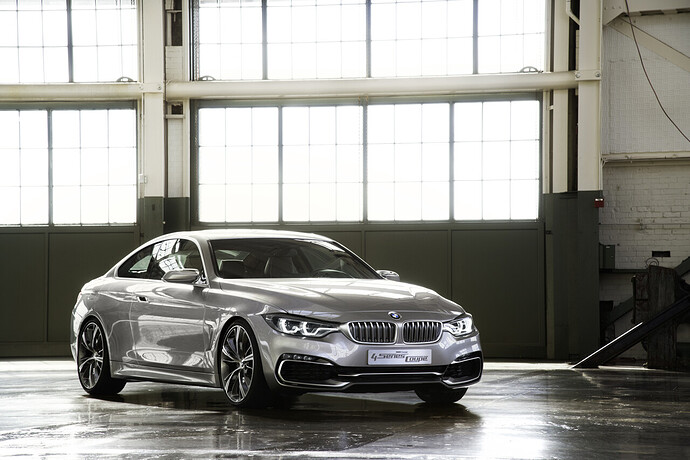 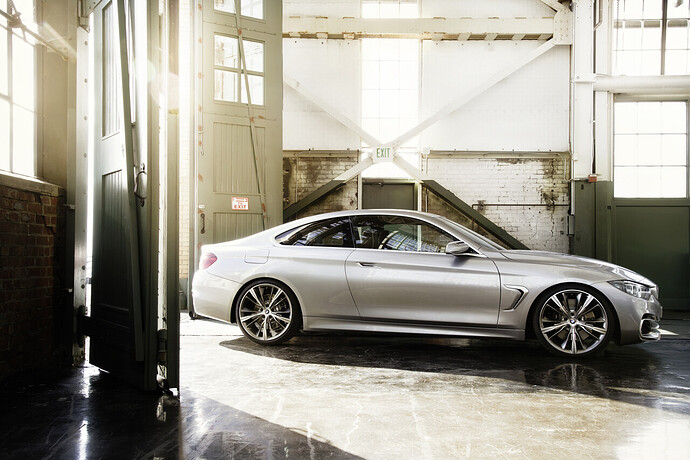 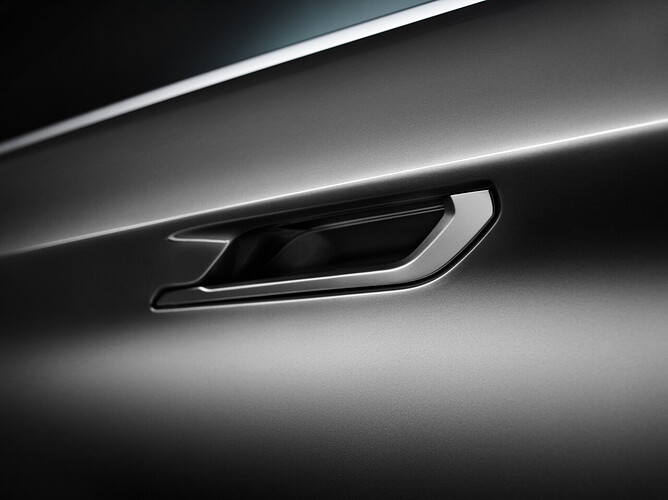 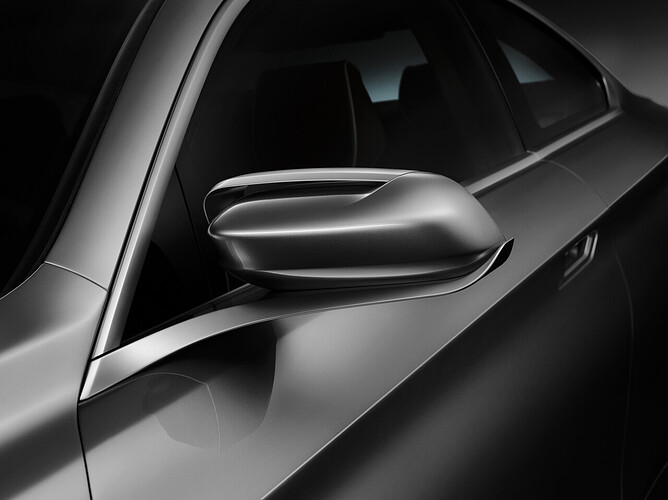 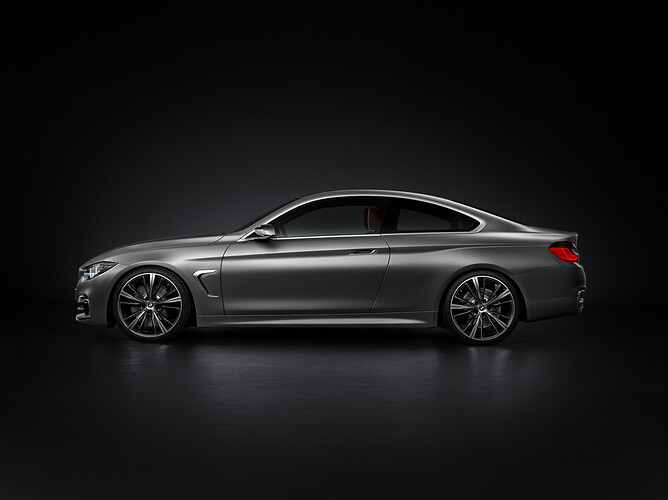 I’m surprised they launched this as a concept, but you can tell the design is pretty close. I think some of the drama on the bumpers will wind up going away, and the LED mirrors and snazzy door handles will probably get ditched, but other then that they are pretty close.

The interior I’d expect to be identical to the current interior, the shots they’ve shown were just the standard interior with every panel lavishly coated in leather.

I like it a lot. The bumpers definitely have some i3 and i8 influence in there. The rear 3/4 reminds me a lot of the current 6, which I also like a lot.

The side vent is puzzling though. The woven belt leather detailing in the interior is a little odd too.

For sure this is the new 3er coupe. The existing design is 5 years old. The overall proportions look very similar, I wonder if it’s truly a new body style underneath as they usually do for the larger updates, or just a re-skin.

Looks OK, but a bit overdesigned for me. Rear profile a bit busy with the pinched lights and the gaping section below. Side vent totally unnecessary.

I have to say I’m not really on board with BMW nowadays. There are a lot of hits but a lot of misses. New Audis I think much nicer and more consistent across the range than BMW.

1 series is hot.
new 3 coupe is much improved.
new 5 coupe is OK, but a bit fussy and nowhere near the presence or older 5s a few generations back
6 is a mess
7 is better than the old one by far, but only looks nice in some angles. A7 is better. e38 were the top for the 7.
X1 is the ugliest thing in the world. There are nicer Hyuandi CUVs.
X3/5/6 are not so great
z4 is a hit

If they call it a 4 series though, they will ruin a lot of history.

This is a completely new chassis. It’s the same F3X platform as the current sedan. The interior they show is exactly the same plus all the crazy leather work, which I guarantee will all come off in production.

They’re definitely calling it the 4 series. The same way our 1 series coupes will become the 2 series. 1 and 3 will be left for the 4 doors.

They’re just filling gaps left and right to throw whatever they can into the line. Then they step on their own toes once they make a 6 series Sedan and call it a “Grand Coupe”

…If they call it a 4 series though, they will ruin a lot of history.

So it makes sense to make the 3 series a 4DR and the 4 series a 2DR following the pattern… I would assume the 1 series will become a 4DR as well and the introduction of the 2 will come later on.

It doesn’t make as much sense when you think about the fact that the 6 series now has a 4 door “Gran Coupe”, and the 1 series will still remain a 2 door but a hatchback (Which we probably won’t ever get in the US) so the 2 series will be a convertible.

It started off logical, but then became a bit murky.

I feel the current z4 is just too bland, as with the current 5 and 6 series. The new 7 series I admit is an improvement. Overall it felt like there was a watering down of the Bangle line to make it more palatable. This 4 series, and the 3 series, as well as the “i” cars feel like VanHooydonk evolving to a bolder language again. I’m liking it.

Really enjoying this handle detail. Says “aviation” to me.

It has a really mean face, both coming and going!

The vent BS on the front wheel fender is pretty bad. Feels like a marketing requirement.

Anyone else seeing a little recent Jag feel in the profile shot in the doorway? I think it’s the vent that does it, but also the position of the wheels and the shape of the hood.

Like the new XK’s… Just a little hint of it. 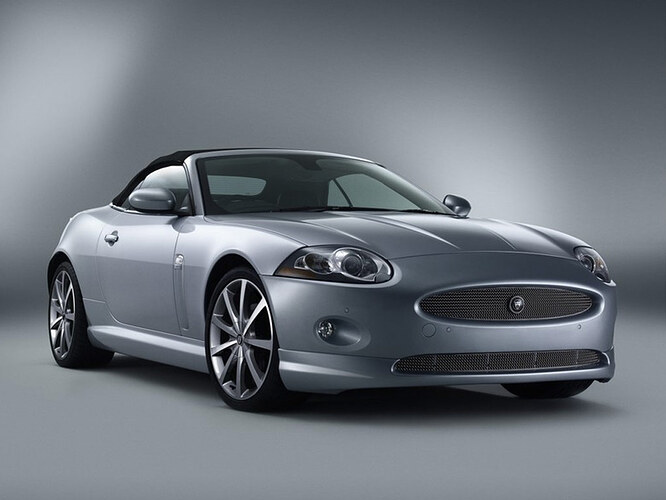 Anyone else seeing a little recent Jag feel in the profile shot in the doorway? I think it’s the vent that does it, but also the position of the wheels and the shape of the hood.

My thoughts exactly. That was actually the first photo I saw in the thread (mouse wheel went too quick for me), and I thought it was someone responding with “that BMW looks like this Jag here”.

Come to find out that Jag was the BMW.

Not a terrible thing I suppose, but the likeness is absolutely there. Mainly the hood shape for me, that vent just adds to it.

The vent BS on the front wheel fender is pretty bad. Feels like a marketing requirement.

Had the same impression, for China.

A great iteration on the ever same 3series theme, that we have seen since E36 times.

I like it a lot. Proportion and fluidity of the sculpting are spot on.

It puzzles me though, how the “vent” went into the front fender. From some angles it
looks like a scar that was knifed into the clay at late hours after a VP meeting.

Not sure if marketing is really to blame for that again. I am sure a designer knifed it
in. When cooking, one of the most difficult things is keeping a recipy clean and not getting
carried away with what you are doing.

As far as the door “handles” are concerned. Those won’t make it into production, but are
a nice bow to the southern neighbour.

I think this is where they stole that stylin’ side vent:

Love the detailing going on in the head and taillights, BMW designer Hussein Alattar posted a development sketch over on his tumblr hopefully he’ll be posting more work. 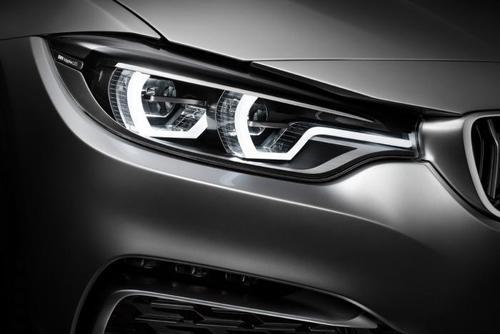 I like the layering that is going on with the headlights, the way the hood looks like it overlaps or leaves a gap to the lamp lenses. It feels more material, treating the sheet metal as such, rather than sculpting an abstract form.

I like the layering that is going on with the headlights, the way the hood looks like it overlaps or leaves a gap to the lamp lenses. It feels more material, treating the sheet metal as such, rather than sculpting an abstract form.

A bit awkward how the grille, sheet metal of the hood and the headlights all join together in that corner. But I couldn’t agree more about the beauty of the gap between the lamp housing and the hood. Architecturally inspired, clever, great looking. You can really imagine how that would feel to run your hand down the edge of.