Alicia Keys. What kind of bulls*** is that?

she’s on fire I guess? they need to set their PR dept on fire next ha

she’s on fire I guess? they need to set their PR dept on fire next ha

Where do I start…this is marketing bs at its finest.

I vote for Yo! to be inducted into the Rock & Roll Hall of Fame, who’s with me?

Strangely similar to Intel and Will.I.Am.

Figured no one would jump on the band wagon with this kinda PR stunt after Polaroid Public admitted that “Hiring” Lady Gaga was a major mistake. Unless we missed it and Will I AM is doing and oustanding job in his role.

From the article- empahsis mine.

Polaroid, when it wasn’t being passed around from creditor to creditor in bankruptcy proceedings, announced in 2010 that it had appointed Lady Gaga as its creative director, based on her extensive work in > industrial design > and > precision optics> .

I examined BB a year ago for a business class. My conclusion was that they have no understanding of why customers buy cel phones. I would be disappointed about the Alicia Keys thing if I thought that the company had any clue about what it’s doing. Instead, it merely confirms my conclusion.

I think I’m going to start sending my CV around to big companies asking for a Creative Director position:

My name is Ray and I would like to apply for the position of Creative Director.

I’ve heard that your company has been interviewing pop stars for this position, but I believe my education and experience qualify me for the position. Yes, I can not sing, no one would pay me to shake my booty and I’m not used to taking large amounts of cocaine to endure 24 hour parties. However, I do have a bachelor’s degree in design and 10 years experience creating products that have had market success.

Last, Lady Gaga has experience in precision optics? I really need to set my sights higher when looking for jobs. Here is a person who barely suceeded in getting a high school degree, went to art school for a year and then seemed very busy touring and recording music. Somehow she managed to become a precision optics expert at the same time. Wow…that’s some wide and diverse hobbies she has…

I think Lady Gaga’s experience in “precision optics” = she has worn some crazy eyeglasses.

I vote for Yo! to be inducted into the Rock & Roll Hall of Fame, who’s with me?

Heck yeah! I know 3 cords! That qualifies me right?

you’re on a roll!

Lets not forget Victoria Beckham at Land Rover. How did that work out?

The term Jumped the Shark is all that runs through my head.

If I were CEO and wanted to put a face to “innovation” and my options were either me or Alicia Keys, I’d go with Alicia Keys.

It’s either that or spending the next 3 hours explaining to your average Joe or Josephine what is industrial design.

But I am a lazy man and prefer the path of least resistance.

I can’t disagree with the opinions about celebrity pr stunts, but on the other hand BB is not just groping at straws here. They’re making a concerted effort to appeal to their last hope, albeit a desperate one: 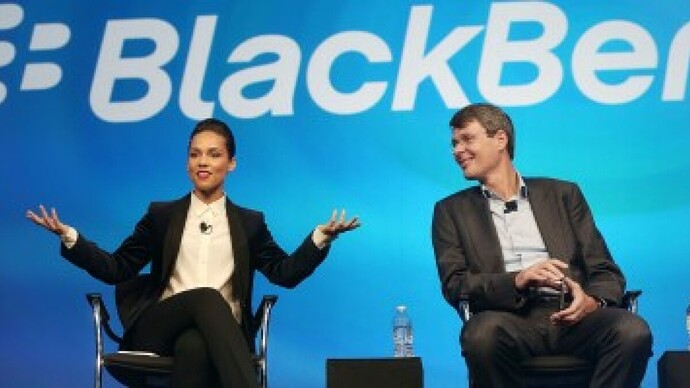 But I am a lazy man and prefer the path of least resistance.

Ya, I’d agree that they took the lazy route. Also why I believe they’re going to fall flat on their face…or more to the point, I now hope they fail. There’s far too many other options out there that are “good enough”.

iab: I’d hire you. You would make a kick-butt design. I would present it and the media would be so busy talking about how great it is, they wouldn’t notice that Alicia Keys wasn’t standing next to me at the introduction.