I can’t STAND it when sales guys (that have always been salespeople, and have no practical marketing experience whatsoever) try to tell you what should and shouldn’t be made. They shun anything that deviates even slightly from whats out there and selling well by other manufacturers. “I can’t sell that!” they exclaim, as if they have done extensive research into the market and trends, and understand intimately the customers needs and wants.

You got a degree in sociology (or psychology or some other useless undergrad degree ending in “ology”) and ended up being a salesperson because you didn’t want to go to grad school and you like to hear yourself talk. Freakin’ meat-heads.

Been there. I always loved to respond “oh, so maybe we need better sales people to sell these better products?”. I’ve worked with some fantastic sales people, who have vision, and can really push the retailer to take risks, they can be tremendous allies… essentially this is real sales… everything else is just order taking.

And at the end of the year they get the credit from management, a big pat on the back, and huge bonuses for selling a ton of your better product that was so good it practically sold itself.

I’ve seen this some weeks ago during a lecture in safety engineering: 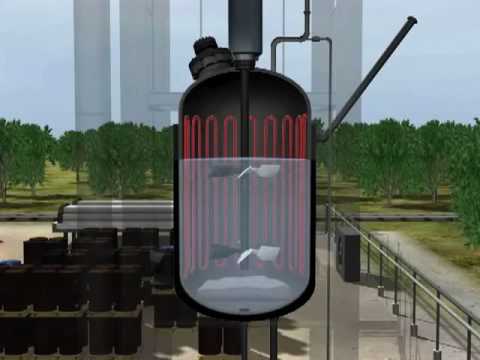 Call me crazy and jaded, but the buyers for the major retailers have arguably the biggest say in product designs’ success. You can do your XYZ Special Process and come up with a great line that sales and marketing are eager to get behind, but if the buyer says no, that’s it.

@ Yo : Man I wish I would have thought about saying that! You’re right though, there are good salespeople out there that have good vision and can bring valuable input. Just not this guy.

@Maxak : So, I’m not really clear on what your argument is with that video, however I did bust up laughing when that guy mentioned the name of the chemical that the plant produced. (@ 1:15 or so) Try-methyl cyclodene anti-oxy ribosizin, methe-cotadine-bicarbonate-pluro floro zine. i’m pretty sure.

I’m in the middle of responding to a bunch of this BS right now. When I look at the crowd of sales guys crowding around one of my new prototypes, and listen to their dog-pile commentary, I have to wonder about how they got into sales, and that it was probably quite different from the path that led me into design and where I am now.

Granted - they can have the dough that they make at the end of the quarter or year, because they live on planes and have to push product and get cash money in return. When I was a kid I hated selling candy bars door to door - count me out.

The toughest thing has got to be sitting in on sales reviews of new product, which typically happen at 5:15pm on a Thursday when they’ve been sitting in sales projections for the whole day. They have about 5 minutes of attention span, constantly checking their crackberries, and then gather themselves up to say something like “this looks boxy” or “that color will get dirty” or “I won’t be able to sell that”. Their feedback is 90% useless, but we have to at least give them the platform to comment, or they will really be up in arms later.

One thing I’ve noticed is that if you can get them 1-on-1, its more productive than when in a group.

Who was it - Walter de’Silva I think - said something like “marketing and sales can only look backward - only design can look forward.”

The point is that the same kind of ignorant businessmen, as you described them, is also responsible for even the biggest desasters everywhere. The desaster in video happened not only because they did not knew what they were doing but because they overloaded the chemical reaktor to get more money from a larger batch.