The 2008 Honda Accord has been spotted unmasked. The side borrows alot from the 3 series BMW. The front looks like no one was sure what to do: copy Chrysler 300, copy Mitsu Lancer, make a sleek sports car look, make an upright look. Strange. Will this be the standard 4-door American car for the next 4 years?

Isn’t it interesting too how everyone complains about BMW design, but the two biggest selling cars in the US will both be so-inspired by their designs? 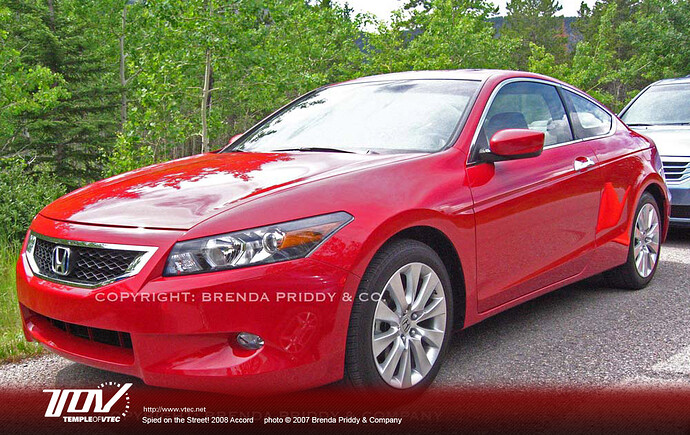 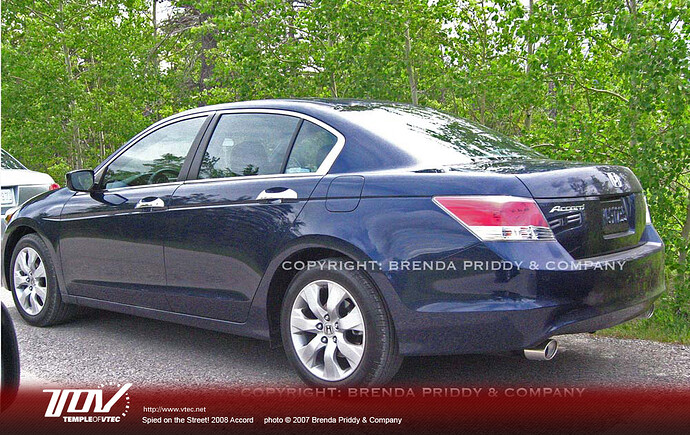 Both front ends look like Hyundais, the rear 3/4 on the coupe is nice.

seriously, cover the left 1/3 of the coupe photo and you’d swear it was the new (and very nice) 3 series coupe.

You know what hit me this morning in the shower is that this is Honda’s first car to move away from the “eco-futurist” aesthetic concept that began with the 2000 Honda Inisght. It featured an almost an-adorned nose that gave it an efficient look. This new Accord has gone the opposite way with such a prominent snout. Interesting…

Don’t they have mirrors in Japan?
Seriously, Honda has an identity crisis!

I read through this thread and thought to myself, that must be a stretch. Then I hit the link and did a double take. It is a stretch…for Honda. In my opinion, it looks more like the newer Lexus → Toyota…which I guess leads right back to BMW as R pointed out. Wow…

Lexus → Toyota…which I guess leads right back to BMW as R pointed out. Wow…

Feel the same, this might be Japan’s answer to the Malibu, the question no one asked. Still, the Accord has so much momentum, it probably will sell great. I’m sure it rides decent, will last a long time, and is loaded with the latest gadgets to distract you from the classic Honda road noise, cheap leather, a derivative styling.

Let hope whatever this thing’s disease is doesn’t infect Acura, which actually has a bit of a brand identity with their faceted language and 5 sided grill.

More big news: Honda will sell a DIESEL Accord next year. Autocar showed some of these same spy photos, and stated that Honda will sell a new generation of diesel engine in the Accord to replace their recently canceled Accord Hybrid.

This may not be a design issue, but Honda will be the first company in a long time to jump into the US diesel car market, joining VW and Mercedes.