When I was a courier (a long long long time ago, when Biopace was new) guys like this lasted a few days before they either had a massive stack, had a run in with an irate driver/ pedestrian, or lost an important document and got the arse.

Apart from ‘ET’ and movies like ‘Breaking Away’, are their any good movie bicycle chase scenes?

I can’t really support something like simply because I think cyclist behaving this way sends the wrong message of the cycling community. Being reckless and riding into oncoming traffic, through stop lights, etc. is not something to glorify as being a “skilled” cyclist.

There’s a new movie coming out called Premium Rush. It’s only bicycle chase scenes. Looks pretty bad IMO, but it might be entertaining. There’s a lot of interesting cycling movies in the categories of trials and downhill riding. Roam and Seasons are pretty good. 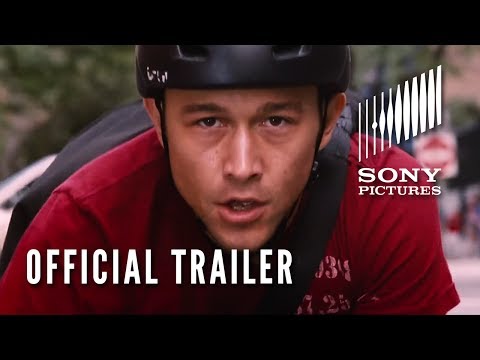 In terms of having interesting chase scenes, that’s pretty good. I Agree with your p.o.v, but every great car chase movie glorifies antisocial behaviour, so I can forgive a movie that makes dangerous behaviour exciting. I can’t forgive this however- the Sony Pictures blurb:

" It takes a special breed to ride the fixie – super lightweight, single-gear bikes with no brakes and riders who are equal part skilled cyclists and suicidal nutcases who risk becoming a smear on the pavement every time they head into traffic."

Exactly. Roam impresses me far more than an idiot on a fixie. That and ever Danny Macaskill video (and the legion of lookalikes, and their grandfathers, Hans Rey and Libor Karras.)

I hate these guys. I am an avid cyclist, but cannot condone them acting this way. If I door’ed one, I’d have no problem grabbing his bike and throwing it at him. I dont care if they have no regard for themselves/property, I personally dont want my health/possessions damaged.

I’m so annoyed at cyclist behavior like this that I don’t even want to view these… . .

“door’ed” is a great phrase, gotta keep that one in mind.

always makes you cringe after it happens to you.

It’s a great trailer though. Exciting.

Maybe I’m lucky, I haven’t seen these guys in Montreal. The cyclist that I hate is the “Tour de France” guy who is “training”. The priority is keeping their rythem, so they recklessly fly through intersections. Also, they have to get that feeling of being in peloton, so 2-3 of them have to ride side-by-side during rush hour, downtown. Moreover, always one of these guys is overweight with a huge beard. Makes me feel like I’m in a David Lynch film.

Rider charged with vehicular-manslaughter for hitting, and subsequently killing, a pedestrian…