I am currently researching proportions in design for my dissertation as part of my final year at uni.
So far I have been looking into the use of the Golden Section/Ratio as a rule for creating harmonius and beautiful proportions, particularly Le Corbusier’s Modulor theory as published in his Modulor and Modulor 2 books.

I would be really interested in hearing your opinions and examples of products which you consider to be beautifully proportioned.

Also does anyone know of any examples of products designed with the use of the Golden Section/Ratio. I have read that Charles Eames’ Plywood Chair, Eero Saarinen’s Pedestal Chair and Le Corbusier’s Chaise Longue posess proportions in Golden Ratio. The Ipod classic is also a close approximation of the Golden Ratio.

Thanks for your time.
C

easy and cliche answer…
the iPod is the mp3 player with the closest golden ratio values- at least I read a study that one of the generations was.

I always try to use golden ratio when appropriate, but sometimes it just does not translate to specific products, 3d shapes, etc.

Not sure if you caught the IDSA spotlight speaker series yesterday, but Kimberly Elam author of Geometry of Design presented around the ideas in her book which is pretty much what you’re talking about here.

On a somewhat related note, a friend of mine recently pointed me to this link
http://www.constructingtheuniverse.com/Amen%20Break%20and%20GR.html

Also worth watching the movie Pi if you have not already.

As far as product, I’m sure there are plenty out there, just start throwing some really popular iconic ones under a grid and start looking.

Also more on a performance tip, there have been a few areas where using forms derived more from nature (such as the golden section) have shown to have strong results. There was a post about fan blades shapes more like a whales fins recently that reminded me of a company that made impellers and such that were based around the golden spiral / nautilus shell. I would also not be surprised if someone could tie the whale fin idea back to the golden ratio.

Ms. Elam’s book Geometry of Design has been by my desk since the year she published it. Very simple, surprising amount of detail, plethora of examples from nature, art, 2D and 3D design. One of the best books on the aesthetic of design proportion.

And it is very well designed too.

Hi, thanks for the responses,

I just got that book out of my library and it does look fantastic for what I am after. Thats a good point about the functional performance note too rather than merely taking an aesthetic approach. Thanks for the link IDiot, its fascinating how this ratio pops up in all sorts of places.

I would be really interested to hear people’s opinions of products that they consider to be beautifully proportioned, (wether they have “Golden Proportions” or not).

I would imagine in areas such as cars, shoes, bicycles, etc. where bad proportions are fairly apparent and are so pivotal in getting the design not just right, but even to not look strange, you will find a lot of common themes on proportions. the wheel spacing on cars etc.

I would also imagine more easily seeing this more in products that are more 2 dimensional or graphical in composition. I guess these are often prodcuts with more minimal form factors. 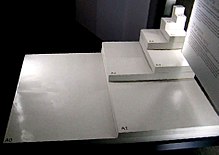 The standardization over time idea also just made me think of regional crafts. Where a certain region of a country may be known for producing X,Y, Z good and the overall design of the good(s) have little variance between several different separately operating trades people. Something like standardization of crafts through iterative/evolutionary creation/repetition.

Another idea, how does this evolution happen with a particular product model (say a car) model that is refreshed over time. Some of the changes will be trend in time driven, but some changes would be more about evlolving to the right proportions over time (possibly linked to design having more influence to make changes once costrained by technical cost/fesability etc.)

Man, you really opened a can of worms on this one, atleast for me, now I can’t stop thinking…thanks I guess. Really interested to see how this one comes out.

don’t forget about the Eames movies too,
Powers of 10 for sure

little stuff like the parker pen is worth considering. When I ever draw stuff the break line always ends up being around a 1/3rd of the way up.

I read this book a while back which is quite good

The Golden Ratio: The Story of Phi, the Extraordinary Number of Nature, Art and...

I’ve always thought these were nicely proportioned. I don’t own a pet, but I bought one of the bowls to keep extra foreign coins in. Nice work - to whoever designed this line…

I always thought this car had great proportions.
Short front end. Short rear overhang.
Squared off headlamps that complimented the body.
Pronounced fenders.
Keep in mind it is 9yrs old. 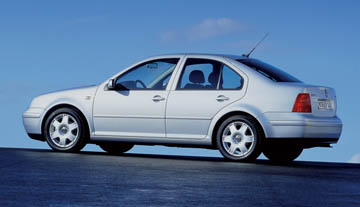 I’m not sure if this is true, but I had a teacher, (in elementary school I think) tell us the wheel base of a car was based on cart tracks worn into the ground in pompei, or maybe it was the width of train tracks.

Don’t worry I won’t be upset if this turns out to be completely untrue.

thanks for the replies, Im working on the analysis of a few products, I’ll post up some images when they are done.

I’m not sure if this is true, but I had a teacher, (in elementary school I think) tell us the wheel base of a car was based on cart tracks worn into the ground in pompei, or maybe it was the width of train tracks.

Don’t worry I won’t be upset if this turns out to be completely untrue.

Actually there’s an elaborate story of how the Diameter of the space shuttle rocket boosters were defined by the width of Roman chariots. They in turn defined the width of railway tracks which limited the size of things that can be carried on trains. Some crackpot presented this at IDSA midwest a few years ago.

This software helps you to Phi analysis (ie. Golden Section) on any photo, including your product designs. I used the free trial it on some of my designs and was shocked and amazed:

Have you seen B&W’s ‘Nautilus’ concept loudspeaker. I’m not too sure how old the design is (5, maybe 6 years?), but the technology and engineering is still being applied to their range.