I found this talk with a music exec who helped bring the parties together to create Beats by Dr Dre. The first 15 minutes are pretty interesting, then he gets really blow-hardy.

They theorize that this is because the new generations have grown up listening to music on crappy ear buds. I can believe it. I only listen to talk radio on my ear buds. I’m like a poor slob in '70’s when it comes to music. I turn off all the lights, toss a record on my turntable and lay on my couch. Or…I listen to a CD in my car (I am weening myself off of mp3s). The mp3 music on earbuds is just like nails on a chaulkboard to me. It sounds like crap.

One interesting thing about Beats is that, it seems, no big consumer product company could figure this out on their own. Duh, the music sounds awful. Why not build a brand around good sounding music?

The other thing is that the exec says that Dr Dre wanted to brand something like another rapper had branded some running shoes. This goes to how I’ve been complaining that musicians are trying to cash in their names because they realize they can’t make money off the music anymore. It’s sad to me:/ 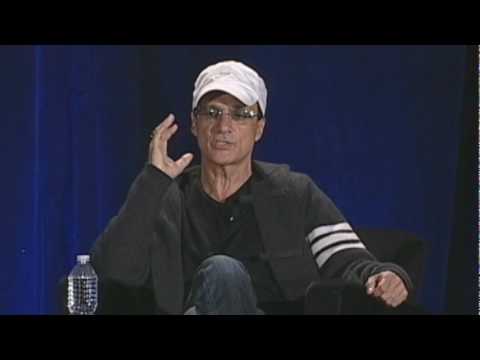 The other thing is that the exec says that Dr Dre wanted to brand something like another rapper had branded some running shoes. This goes to how I’ve been complaining that musicians are trying to cash in their names because they realize they can’t make money off the music anymore. It’s sad to me:/

You make it sound like musicians like Dr Dre are ONLY looking to cash in because they may be making less from music, but I think it’s more a combination of many things: Mogul Mentality, Expanding the Brand of Celeb X (there is an Entourage episode where every agency is pitching "The Vincent Chase Brand). People are just trying to capitalize where they can, if their name has a value they are going after cashing in. I think this would be happening with or without the individual’s profits from record sales.

What’s interesting is while we have make huge strides in accessibility to music, it’s come at the expense of quality. Even with nice headphones, you’re still not getting everything you can from a MP3 file.

And of course it goes beyond headphones. Today we pop the ipod into an ipod dock with a single speaker that sounds pretty good. But I love going over to my parents house and playing records on his jumbo 7pc speakers that go through an amp and a massive woofer that I don’t think has ever been turned up over 3. So much better.

Great link, just listened to this all the way through, and reading between the lines there is obviously some great food for thought. I have to say I’m a big admirer of the Beats and how they entered a saturated market to sell a premium product, even with the help of clever marketing.

My only thought is that now we are seeing a strong migration and investment in tablet computing by the tech industry this move by HP is too little too late. For me, for HP to make an impact they will need more than great speaker tech and need to develop a whole new ecosystem of products and experience.

Not much more than a quick shout out to the designers at ammunition. I’m sure the success of the brand owes a bit more than this guy acknowledged in this interview to the ultra clean design. Otherwise we might be talking about snoop dog or ludacris brand headphones.

This interview was super interesting to hear though. A music industry exec rounding up a design consultancy, an electronics manufacturer and distributor, and the star endorsers … all to create a perfect storm of a new brand.

I’m in the market for new headphones, and was finally thinking about venturing away from earbuds. I was shying away from Beats because of their seemingly massive product placement marketing campaign. Everyone who’s supposed to be cool has got these things around their neck which makes me weary. But I do love their design.

I tried them out a few days ago and there is a huge difference between even the $200 pair and the $100 dollar other brand pairs I tried. But just like the he said, between $200 and $400 I couldn’t tell much difference.

So the bottom line is I decided I’m going to get the red 200 dollar version and use some pad print solvent to take off that huge beats by dre scroll along the top.

So the bottom line is I decided I’m going to get the red 200 dollar version and use some pad print solvent to take off that huge beats by dre scroll along the top.

I was doing some headphone research for a project and was looking at the Dre’s. We bought a pair to sample and I really did enjoy the sound of them. An audiophile on the project hated them (too bass heavy), but I liked the over the top deep sound.

I also talked to a few people who worked at the stores that sold them and they told me (this was about a year and a half ago) they had about a 50% return rate on them because they all break in the same place right where the phones meet the headband. Sure enough another guy in the office had a pair and his broke a few weeks after this project started.

Don’t know if they’ve updated the design to fix this issue, but you might want to get an extended warranty just in case.
YMMV

I’m like a poor slob in '70’s when it comes to music. I turn off all the lights, toss a record on my turntable and lay on my couch.

Poor slobs didn’t have high-fidelity equipment, they had BJC uni turntables mounted on the top of the amp with a big ol’ dust cover on it with an 8-track. … AN EIGHT TRACK! 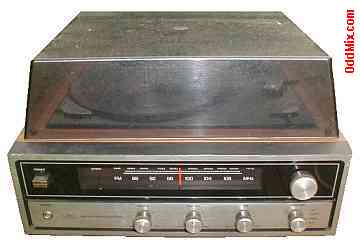 Back in the day (jeeeez I can’t believe I used that term) the hot ticket was LPs cut from master recordings; not pressed, but actually individually cut into vinyl. Incredible sound reproduction. Played back though high quality pre-amp, amp, and speakers.
headphones = sucky listening (and a headache (for me anyway)).

Its really no suprise why the younger crowd likes these. The bloated low end, celebrity face, and strong marketing is really helping these sell. Personally, I could do without the +20 db. But im sure this sounds right at home compared to most car stereos.

Ill stick with the Etmyotics, and a nuetral sound. As soon as i can afford it, I cant wait to go analog with a full tube pre. 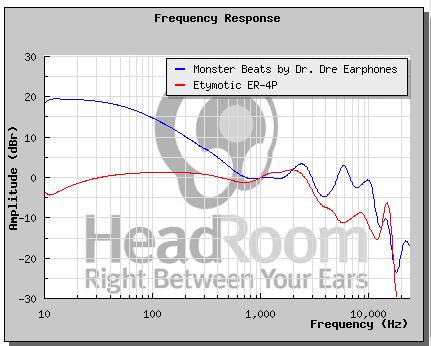 I noticed the plastic head band part cracks on a lot of these.

Neil Young is on a quest to improve upon the MP3 file that dominates digital music.
Young isn’t opposed to the fact music is going digital, but he says the sound of today’s files isn’t good enough, with audio quality at just 5 percent of traditional recordings.
“My goal is to try to rescue the art form that I’ve been practicing for the past 50 years,” Young said, speaking at the D: Dive Into Media conference on Tuesday.
Isn’t this a losing battle? Walt Mossberg pressed Young.
“No,” Young insisted, saying that what is needed is just a better music-playing device — a better iPod, if you will. Who is going to produce this? Mossberg asked.
“Some rich guy,” Young said.
Young said that Internet-based sound files are the way music is discovered these days.
“I look at the Internet as the new radio,” Young said. “I look at radio as gone … Piracy is the new radio, that’s how music gets around.”

BTW ladies, don’t go to Dr. Dre if you need a pap smear.

All the earbuds I ever owned were broken in less then a year of using them. So I would never buy these expensive earphones/earbuds. And with Beats it also looks kind of hard to me to know if you are buying an authenthic product. I see even more “fake” Beats products being sold then “fake” Apple or Samsung products.