Just in, Chris Bangle has quit BMW!! Wowza. I really liked what he did for BMW, aside from some of the quirkiness of a few of the designs. The current 5-series should go down in history as one of the sexiest sedans ever created.

That said, look at the impact he’s had on the car industry as a whole. Everything from the new Accord to kayaks have been inspired by his work there.

Chris Bangle, polarizing and iconic BMW chief design honcho, is quitting "to pursue his own design-related endeavors beyond the auto industry," the German carmaker said Tuesday. A gallery of "Bangle Butts" below the jump.

I think this is really too bad. Bangle’s designs were no doubt polarizing, but there were definitely some gems in there. I think it was just starting to get good.

is a reason listed anywhere why he quit? He got so much criticism before, he must have had a pretty thick skin…

Thats too bad. I heard him speak and he is a pretty sharp guy. Here a link I founf that gives a bit more info.

I can’t wait to see what he does next. I think he’s probably the contemporary designer that I respect the most.

People can and will say what they want about Bangle, but love or hate his designs he has been a great representative of Industrial Design. When I was 13 I met him after a presentation in his home town in WI. He told me one thing, if I want a career in design I should sketch. It worked. He educated me on what industrial design was and 15 years later I am in the field. I have him to thank for that.

Whatever he dose it’s going to be something to watch.


His designs got criticism from a lot of people who would have done better to keep quite on it. BMW was getting so bland and more of the same, then he took it and made it stand out wile holding on to what was important. He made the cars stand out, but just enough.


I find it that most people who say something new is ugly, have most of their taste in their mouth.

That is just the kind of snark “humor” that can be left at the door.

Bangle was, is and will continue to be an important figure in industrial design for several key reasons.

He is a design leader that knows how to sell design to large corporations. He convinced an industry leading, but conservative BMW to move away from their existing, well liked design strategy (I believe Chris called it "1 Sausage, 3 lengths) and invest millions and their loyal consumer base on a radical new strategy. He gets points not only because he did this, but because it worked. Under his watch BMW grew like never before, offering more sports cars, a compact, branching into SUVs and launching Mini.

Personally, you might not like his design direction. I myself think it was hit and miss. The 5 series never grew on me, those awkward butterfly like headlamps and turn signals just don’t sit right for me. I would frankly put the x6 in the abomination category. The new 3 series coup is one of the best cars on the road, the 6 Coupe is to die for, and the M4 coup is killer and the X5 is a great example of extending the brand in a place I didn’t think it would work, but they pulled it off brilliantly.

On top of all that, Bangle is a great spokesperson for design professionals everywhere that have to be taken seriously in public and boardroom settings. You won’t find him publishing a book with the title “I want to change the world” (Karim Rashid), or appearing with sketches of his work drawn onto his bear chest (Stark). The man is a professional.

So, cool if you don’t like his work, but have an intelligent reason behind it.

I’m not sure why he left, but he made his mark on BMW, and he might have felt there was not much left for him to do. People like that often are in search of the next challenge. The automaker is in financial trouble (as all small, family owned automakers are right now), so I think it was probably well timed. I look forward to his next gig.

CanÂ´t believe to see your reactions.

I for one am glad to see him go. From what I understand he was shifted around as a director with no responsibilities and no direct influence on product for the last years. Given he is a visionary, but that doesnÂ´t neccessarily make him a good designer. He should have taken his chances to leave BMW for good during the last two years.

So many of the “revolutionary” designs early during his tenure were badly flawed. This blob of a 6series. There are so many visually weak assemblements on my E91 that I am driving it despite the bangleisms.
I personally know many many owners, who bought their Beemer because of the brilliant driving caracteristics. But only a few of them mention “style” as a positive motivation to buy.

Only cool car I can see is the original Z4.

Without Bangle Audi never would have had the room to take the spot they are in now.

On a personal level itÂ´s always a pitty to see somebody sacked.

Every three months I think of trying to import one of these: 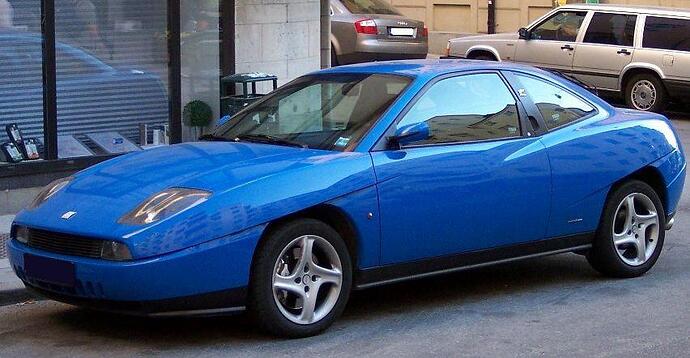 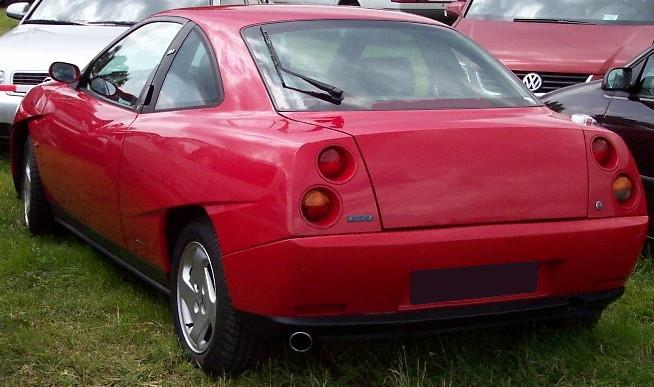 If there was a designer hall of fame, I think Bangle could be admited just from the Fiat Coupe. How many cars from 1993 look this unique and fresh?

Thinking of that, in 2002 I thought this car started to look a little bloated and old, but now in 2009, I’m in love again. Amazing design!

As others have alluded to, being such an evocative agent of change in a company with such a strong tradition and rather conservative albeit refined designs of the past, and bring about something so new successfully says a lot about him as a designer and leader. I look forward to seeing what he puts his hands and mind to next with great anticipation.

It will be interesting to see if Adrian Van Hooydonk is able to find the same influence in leadership and if he will continue on with much of the same direction or if he will veer onto a new course.

Oh Deez, you crack me up!

Whatever Bangle has planned for the future to come I’ll bet he’s successful. Good luck Chris!

Here’s a little more insight on why he’s stepping down, http://www.bmwblog.com/2009/02/03/more-information-on-chris-bangles-resignation/

Either way, Chris Bangle made an everlasting impact on the history of the BMW brand.

Here’s to a guy who wasn’t afraid to try something whacky. We need less design cloning and more unique stuff in my opinion. A while back, I had car problems in Portland, and a Cop pulled over to help, and he used to be interested in car design…we talked for a while about how all cars are the same these days (relatively). When you take risks, you fail sometimes, but I respect Bangle for being a design evangelist and trying new things.

since when is “trying something new” an achievement in
it`s own right.

leading the design direction of a company the size of BMW
is not a semester project and certainly not the place to try
something “whacky”.

if you were leading your troops into fully opposite lock,
missing 30 percent of the targets in the process.

Do you really think the owners of the business would call that a success?

In my eyes Mr. Luthe and his team built a foundation during the
80ies, that even some unlucky decisions couldnÂ´t shatter.

I love the Coupe Fiat like everyone else and the Z4 too. But IÂ´ll never
forget the morning when I saw the first E65.

p.s. I wonder why nobody is talking interiours. Who here has ever driven the e38 and the e65 7-series?

Moi, I think you are letting your personal taste for the previous design language prevent you from recognizing what Bangle helped to do at BMW which was to reinstate them as a design leader. The old language could not roll on unchanged forever.

An unfortunate side effect is that a lot of brands are chasing this look. I think Audi moved off its 1999-2004 language too quickly in search of some Bangle.

Well “taste” should not be an argument within the professional field.

The new AvH penned F01 shows clearly enough that there are more ways than two in finding a successful visual language for a big and nevertheless sporty and elegant saloon car.

A BMW should always be a Panther not a Rhino.

There would have been more ways to develop BMW into the future than either keeping everything like it was (building the E30 until infinity) or building the things that they did.

For me a visual language resembles music a lot.

If the BMW of old was a Violin overture the new ones became Samples by Busta Rhymes. There is a place and a time for both.
But as the conductor of the Met. you should have a gut feeling for when to play what.

And now enjoy the sound of silence…

That is just the kind of snark “humor” that can be left at the door.

Has anyone else posting owned four BMWs? Bangle chased me away from the marque with the e65 7 series just as I was looking forward to moving up from a 5 series, and I was far from the only owner who jumped ship. He seemed to be primarily concerned with making a name for himself at the expense of good design and customer loyalty. He may have helped BMW pick up some new customers, but many believe they were primarily those “Hey look at me. I have a more expensive car than you do!” types that have given BMW a bad name.

You feel that the 6 series is to die for? I don’t believe in capital punishment for designers, even Bangle. To me it was an example of something that looked good in the original sketches, but didn’t translate into three dimensions because someone didn’t really understand surface development. By the time that showed up, there was too much emotional investment and ego involved to admit that it wasn’t working. If you like the utility of having a picnic table for a rear deck I guess that’s up to you.

I wonder how many positive comments from designers are related to their own frustration in getting management to accept change. His success in accomplishing that can’t be denied, but that doesn’t make him a great designer, just a truly proficient BS artist.

Better die a hero than see yourself become a zero…

Chris understood that and have figured out his capability in design creativity. You have to understand that the automotive industry is a verry small branch in industrial design, and also verry restrictive. I think that he just figured that his talent can be taken to another dimension or also he had some other dreams in mind. Being such an important icon in the automotive industry, I believe he wants to leave his place as someone who was truly involved in design prospectivity. I should compare his decision to the famous football (soccer) player from France, Zinedine Zidane.