I’m a mechanical engineering student who discovered ID halfway through my degree. I’ve decided to finish my degree before moving into a design education since there’s quite a bit of crossover, but am trying to get a head start on my design education now. This is my first real portfolio piece, and I was hoping to get some constructive criticism on it

.
The application is a real problem I had to solve while doing programming for the virtual reality lab at the local hospital. I just needed to make a digital model for the program, but couldn’t find any launchers that would fire for both catching and kicking, so I decided it would be a good opportunity to design it from scratch.
Since it became a personal project for me, I did the design over the weekend, and modeled it on the Monday after, but as I’m still learning it took me some time to redo the sketches to a point where I felt comfortable showing them.
I’m planning on using this as a sort of template for the rest of my projects (though I plan on incorporating some more research and features in future designs), so please be as harsh as you need to be! 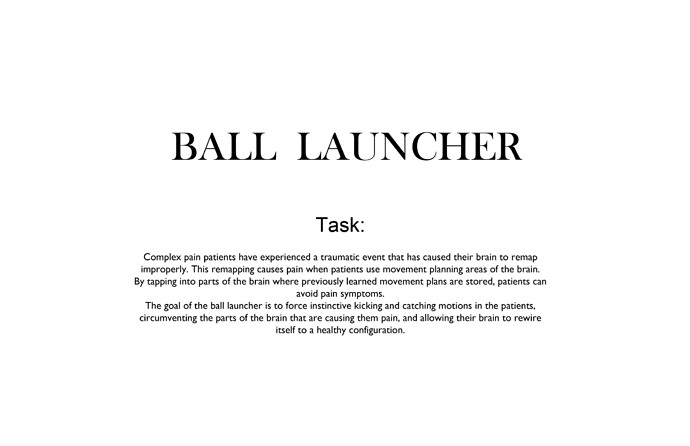 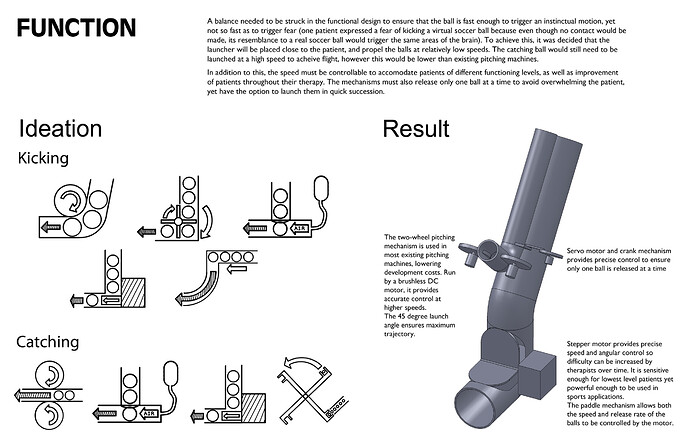 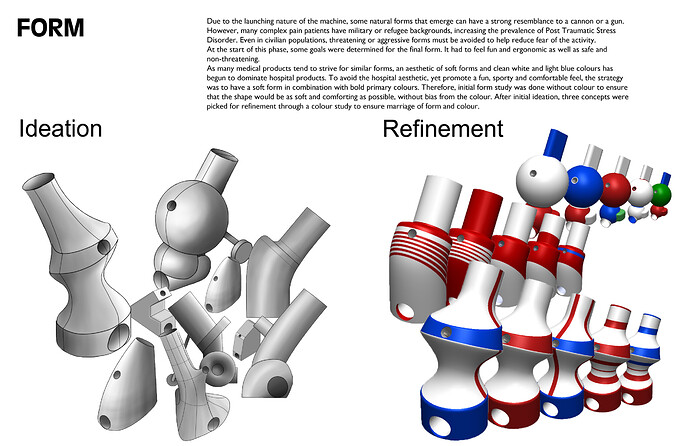 I was only allowed to upload 3 files, here’s the last one: 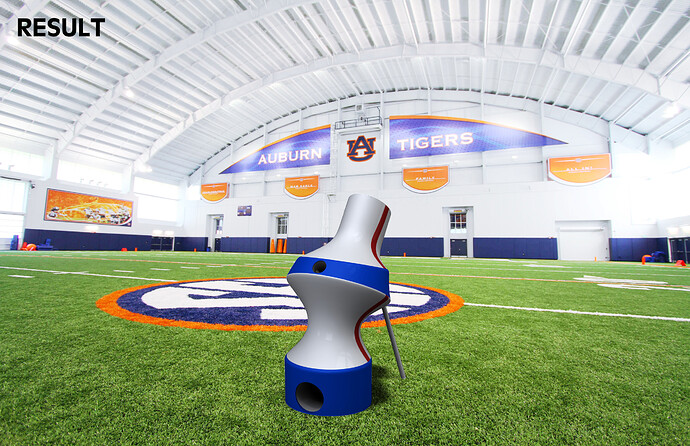 Thanks for your response! I was wondering if you could elaborate a bit? Do I need more ideation sketches, better sketches, should I have done the colour studies as sketches rather than as models (I did it that way because I figured it would be a good time to run the CAD overtop of the insides to make sure my sketches matched up with reality), all of the above?

Perhaps some more background? It’s not exactly clear what you’re trying to achieve. It looks like you’ve gone from reasearch to final embodiment, which isnt clear what it does or how it’s used. Looks like an interesting application.

I’ve designed and manufactured several ball launcher systems for immersive sports-video game applications so I can tell you what works and what fails.

Basically, to clinically treat a condition called “Complex Pain”, they need to trigger reflexive motions in the patient, in this case kicking or catching a ball that’s coming at them. There wasn’t much research involved, but rather something I was asked to program into the virtual reality system (large cylindrical screen, treadmill and motion capture) by the physiotherapists at the hospital. The application captures foot and hand motion and makes it visible on the screen so the patient can respond to the balls by either kicking or catching.

I couldn’t, however, find a ball launcher that would launch both soccer balls and baseballs to use as a basis for modelling. For the purposes of the program, I could have honestly just made any shape with two appropriately sized holes for the balls to come out of, but as I’ve been trying to get more into ID I decided to design one from the ground up as if it were going to be an actual product rather than just a place for the balls to come out of in the VR application.

Now that I’m saying this, I realize that I did miss a user interface for setting the speed and rate of launch, as well as whether the baseballs or the soccer balls or both will launch… maybe a remote would be best so the therapist could adjust the settings while still being close to the patient for support?