Back from the Grave

Something reminded me of this today. For those who don’t know what it is, it’s the Jaguar console from Atari. Atari later sold the molds to a company that repurposed it as a medical device. 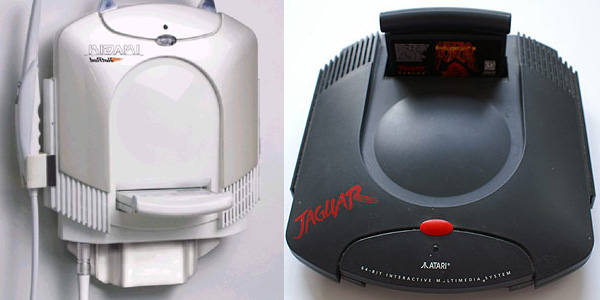 Somehow I don’t believe they would sell the molds. Doesn’t make any sense as the internals are different and the differences in the pic would be super difficult to change in steel.

Could very well be a hoax. But, only because I want to believe this is true, I found some links:

Somehow I don’t believe they would sell the molds. Doesn’t make any sense as the internals are different and the differences in the pic would be super difficult to change in steel.

Not necessarily, you could keep half the tool the same and then just do modifications to the core by welding or machining as needed. Might be costly but for a large mold cheaper than a new tool. Or just make a new bottom housing but keep the top housing identical.

It’s a pretty big device, so if the PCB they needed was smaller they can probably get away with keeping the internal structures the same (since it was a clamshell) and just moving parts where there was room.

With that said, who knows - it could very well have just been some manufacturer who had the CAD files of the Jaguar left over and wanted to make some money since they were out of business and no one would spot it 10 years later as a dental camera.

Stranger things have happened in Asia, that’s for sure.

So what the hell were they doing still around and in one piece so long after the console ceased production? Well, that’s quite the story. The moulds were sold this week by a company called Imagin Systems. Who, in a fit of brilliant opportunism, bought the kits off Atari and used them to make dental equipment.

The Machines That Literally Made Atari's Last Console

Here's something very cool: a rare look so far behind the scenes of how a video game console is made that you're seeing the very beginning. The injection moulds used to actually make the plastic components that came together to become an Atari... 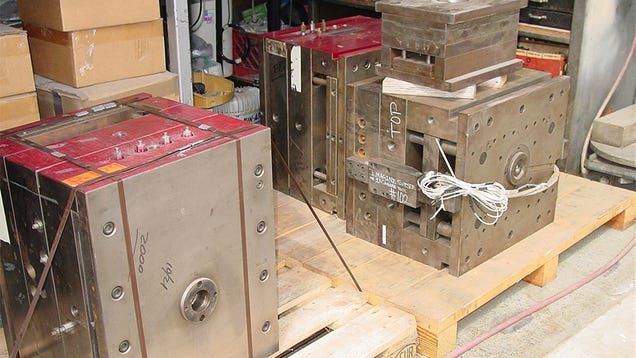 Maybe the people at the dental company just really likes the Atari Jaguar?

That’s funny. And a good spot. The cross section of people who LOVED the Atari Jaguar enough to know its form and people who pay enough attention to the form of dental imaging equipment is probably pretty small.

I’m with Cyberdemon though, I think it could be legit. I’m actually working on a speaker project right now with a client, to save on tooling, we’re using some open tooling for the back can of the speaker while creating custom designs for the front / grille assembly that match the back can to give the speaker its own look.

I hope this is true too. I still love Atari. Why someone hasn’t bought the trademark and done something really cool with it is beyond me.

It does look like there are significant modifications. There is a handle on the top and some additional housing hanging out the bottom. The price was right though…who knows?