I see that there are several product with a very minimum or no draft angle ( apple products ) how they do that? is it as long as its glossy its ok? 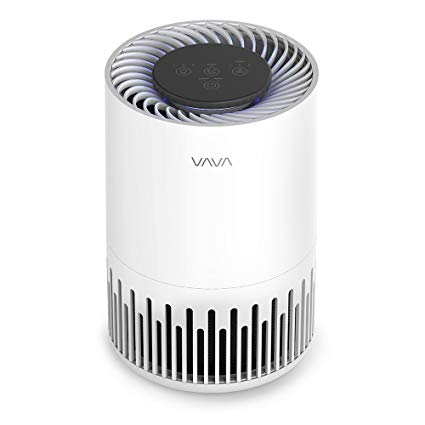 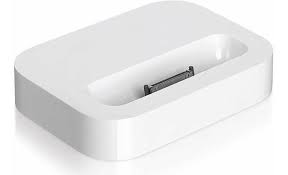 Some injection molding companies offer air-assisted ejection. The part shrinks around the core when cooling but then becomes pressurized from the inside to aid mold release. 0 draft angles are possible that way however I haven’t heard of these large size parts. Some companies can do 0.25 degrees draft but anything larger than that becomes noticeable. I imagine this humidifier was done with two mold halves and a collapsible core though.
-Ralph

Moving this to materials and processes.

I assumed the same on the humidifier. Without seeing it in person it is hard to know, but I’d look for subtle tooling part lines. I would assume the top circle has a slide (they need to mold all those vents), the body was done in two half, and as Ralph said a collapsing core.

One thought on the Ø draft trend… who is this for? Does the consumer/user care or is it to impress other designers? I tend to be more impressed by working with the constraints instead of against them. Maybe it is an attempt to signal quality and purity. Perhaps there is another way to do that without driving your factory partner crazy

Aesthetically as a designer I’m drawn to it as well so I’m trying to figure it out.

On the apple example, I’m not sure how they do that (I hadn’t heard of the shrinking around the core process, but it sounds like something apple would do) … I always assumed they had a fairly large reject rate for parts that came out of the mold scratched and that it being apple they just didn’t care.

They probably do…
with shrinkage I simply meant that any polymer molding will shrink and as a result it clamps onto the core - something to take into account.
I am still looking for a factory that can do the 0 draft feature for a product that has been in the ‘concept’ labeled drawers for a good little while but I can accept the .25 as well. The length of the 0 draft is a big factor too, you may want to design to reduce this area.

adding adraft on my design would totally change the look and feel, draft angle would make it looks like its using a skirt ; )

How about extrusion?
What’s the material you are looking at?

You can get zero draft with parting lines but those would be visible and you wouldn’t get the “Apple” look.
As for Apple, I am suspecting maybe polish and painting/coating? But I am not sure if you need PC for that or if you can also achieve this with ABS.

I agree with Michael. Try to design around the constraints of manufacturing. It’s a fine art.
For example, see if you can put features and design elements along the parting lines in a meaningful way. Like a battery door or vents.
I have seen some pretty neat work around this where designers managed to hide the parting lines almost completely by designing the product with the tooling in mind.

I couldn’t understand both, anyone get it?

Only briefly looked at the Apple one, they’re looking at making the cylindrical body of something like the Apple pencil.

It looks like they’re purposely having the part shrink and cling onto the the centre core of their mold. Where they got clever is that the centre core is actually made of two parts. One is a thin tube with a slot in it and the second one is a solid cylinder with a key that matches the tube’s slot. When they’re molding the plastic part, the cylinder is inside the tube, thus making a nice circular inner surface. When demolding, the plastic part clings onto the two core parts. They then push the inner cylinder out, that leaves the plastic part onto a tube with a slot in it. Since there’s a slot in that cylinder, it’s allowed to shrink a little bit and relieve the pressure from the plastic part, thus allowing it to pop out.

Sounds like a collapsible core.
I agree on being true to the manufacturing process as well, however I love those ingenious molding solutions.
The most important thing is that we do not want to see any molding features on the product, somehow it makes it looks low-end, dare I say Asian.
If you can do away with additional detailing, extrusion is the way to go however you do need to color coat the plastics to hide the marks.

The choice of material makes a significant difference on the draft angle required. I’ve made 5cm long (2.5") parts out of a polypropylene where the toolmaker was happy to make the tool with 0.2 draft. When I say happy, I mean he considered there to be wiggle room in there and so was happy to just make it with so little draft from the get go. I was pleased with the resulting parts.