I have had it with automobile/truck commercials. Other than the disclaimer that they are performed by professional drivers, on a closed course, they are total fantasy, with utter disregard for what the consumer really needs to know.

The Ford Edge is my current nominee for the first annual Total Unadulterated Automotive Bullshit Award.

Would anyone care to nominate another candidate?

Of course, I reserve the right to change my mind at any moment, and without prior notification.

Saab with their “Born from Jets” crap. Being started by aircraft engineers doesn’t mean it has anything to do with jets. Furthermore, it couldn’t be more cheesy. Wait, it’s GM’s fault.

Remember the MB one a few years ago with the guys flying around the grand canyon and then they morphed into SLK’s racing down the road? What was that.

Agreed most are junk.

The only decent car commercial that comes to mind was this one for BMW.

I remember seeing and really thinking “WOW”. So simple and effective too, playing off your perception and expectations, and totally different than the usual. Plus the “reveal” at the end is well timed and unexpected.

Not that realistic in that everyone will use their car this way, but gets across a simple point, effectively.

That was a really good one.

I really like this Honda one, Diego wrote a good blog entry about it over at Metacool. An example of Tangible Brand Mantras, similar in a way to the BMW ad above: 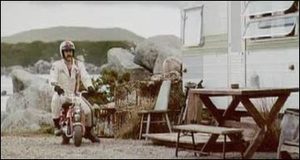 A while back I wrote about BMW's initiative to build a "new" 1972 2002tii, a tangible brand mantra, from original parts. This is a very pure form of brand building which comes from a position of strength: if you got...

I think it’s filmed in NZ too…

Never saw that one, pretty hilarious.

Honda Europe has had some of the coolest car ads I’ve ever seen. The Cog is so famous that Wikipedia has an entry. Weird. 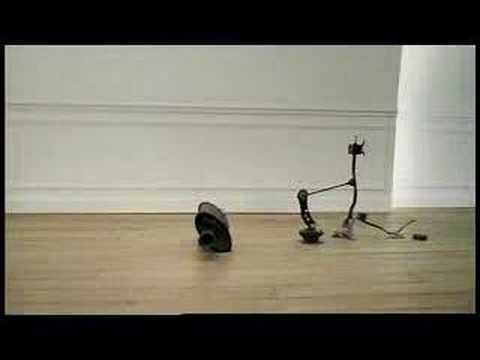 it’s pretty much impossible to drive a vehicle on a beach. And if you could get your (new) vehicle down to the waterfront, I think you’d either be a fool, arrogant show off, or be calling for a tow truck to get your (new) vehicle out of the sand and water when high tide gets you and salt water invades places it wasn’t meant to.

Agreed most are junk.

The only decent car commercial that comes to mind was this one for BMW.

Which ever company that does BMW USA’s ad campaign really needs to get a hit in the face. It’s devaluing the brand.

Some of the best BMW ads come from other parts of the world. I have a few clips, one of which advertises the 3-series’ (E46) navigation system and used a blind’s guide dog as a comparasion.

Here are the links:

Which ever company that does BMW USA’s ad campaign really needs to get a hit in the face. It’s devaluing the brand…

what makes you say that?

what makes you say that?

First of all, I think all they are saying is “BMW is great” without really emphasizing why or what really makes a BMW a BMW. It like they ASSUMED that BMW’s image has already been communicated to the mass public and they are just here to keep the adv presence on the media.

Check out those videos I’ve linked and you will see the comparasion. Each of them successfully portrayed a distinctive feature of BMW cars while sending out the same brand image through different ways. None of which blantly says “BMW is great”. They do it by using different literary devices.

Are you serious? Those ads do nothing for me.

To me, a car ad talking about features and benefits is the problem. Thats where all those driving on beach with “220 hp, ABS, fuel injected…” voiceover ads come from.

And close cousin to the car dealership ads with some budget car driving around and a “low 4.9 APR, with $100 cash back on a new 0.5L Dodge Neon with power windows…” voiceover.

In my opinion, the BMW ads you speak about

“BMW is great” without really emphasizing why or what really makes a BMW a BMW. It like they ASSUMED that BMW’s image has already been communicated to the mass public and they are just here to keep the adv presence on the media

are really all about great branding. Half of the success of the BMW and other luxury brands is the cache that they present, and aura that they have making them feel special.

A BMW owner or someone in the market for a BMW will likely know what makes the car special. For those just below the $ line in looking at one, keeping the mystery adds to the brand image, and makes some excitement to reach for/attain in the future.

And acting as though the brand image is “assured” is not a bad strategy either. If you can look and present yourself like the winner, its that much easier to take that position. People easily follow assumptions and suggestions as they dont want to feel out of the loop.

If you have to explain why a BMW is a BMW in features, specs, etc. you are playing the wrong game and comparing in purely quantitative terms. This is one things that Asian luxury cars (and US cars) dont/have not understood in comparison to Euro cars. A Lexus may have more gizmos and features than a BMW, but its still a Toyota.

And really, you are telling me the rocket car commercial doesnt communicate a pretty clear “fast” message to you in a new, creative way?

hmmmm … those are all very cute adds… “cute” doesn’t seem to really connect with “the ultimate driving machine”.

I mentioned "Each of them successfully portrayed a distinctive feature of BMW cars while sending out the same brand image through different ways. "

The BMW commercials in the US doesn’t suggest “ultimate driving machine” other than the slogan at the end of it. Maybe the current X5 commercial talks about that, but I doubt it’s made by the US side.

Earlier on, they had one for the 5 series about a guy panting hard after driving it home. I find it cheesy and doesn’t fit the BMW image. Maybe it was too American and too un-German. So I guess my problem with it is, where’s the Germaness of BMW?

Under comparasion, I think Audi has a more distinctive ad campagn. I just wish they would TDI everything

do they have the audi slogan Vorsprung der Teknik at the end of all the audi commercials there in the US?

I love that line. ‘Progress through technology’. and gives a good hint at the heritage. Alhtough I can imagine for some the German link wouldnt a positive msg…

I was thinking about this last night…aren’t all commercials selling a fantasy? Whether its driving on the edge of a building, or drinking [insert favorite beer here] and suddenly Kate Walsh appears in front of you, naked, wanting to do all sorts of naughty things to you (or is that just my fantasy?).

The Apple vs. PC commrercials sell a fantasy that the only people using PCs are accountants and programmers. I sure as hell don’t turn one dimensional, blue and start dancing around wearing funky clothing when I turn on my iPod. Blue Man Group doesn’t pop out of my computer playing the drums splattering me with blue paint when I turn on my Intel based PC.

The transformer commercial was filmed in Vancouver.

A period ad for the Citroen DS, an exercise in true 1960s French surrealist presentation: - YouTube