A press release but still interesting. Anyone worked on big one-off projects like this?

“Nathan Burke, D+I Project Manager, headed up the high profile project for D+I “Numerous technical challenges were overcome by using lightweight hi tech materials to configure and house the extensive equipment James Cameron needed during his dive – including some space for a banana and muesli bar” he adds.

Working with Ron Allum’s team of the Acheron Project, Design + Industry designed, developed and built many mock ups and prototypes to simulate the cockpit layout. Working directly with James Cameron the cockpit layout was optimized within the restricted space for maximum safety, minimal weight, relative comfort and ease of use for the limited time the submarine had when at the base of the Mariana Trench. The extreme pressures meant the entire cockpit design had to shrink when he reached the tremendous depths and expand during accent. The Australian designers engineered the solution using leading edge materials and design tools to deal with the technical challenges that were presented, including complete fire proofing, condensation management and complex control assemblies. Using highly skilled Australian manufacturers the final version was produced in record time to achieve the success we have seen this week.”

Thanks for posting this sanj.

I was not fully aware the Cameron was the sole occupant of this vessel… I now have a lot more respect for the guy’s technical abilities. Nice to see a “hollywood” type spending his money of something other than expensive homes, cars, and personal bizjets. And knowing there is an ID link to the project is cool… . wouldn’t we love to hear how that connection was lined up?

But “Kawasaki Green” being identified by the reporter as “Cameron’s description of the color” doesn’t say much about the reporter’s awareness of things “mechanical”; there’s only about a bazillion Kawasaki owners. 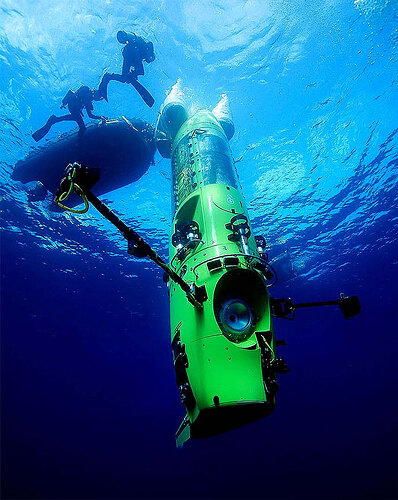 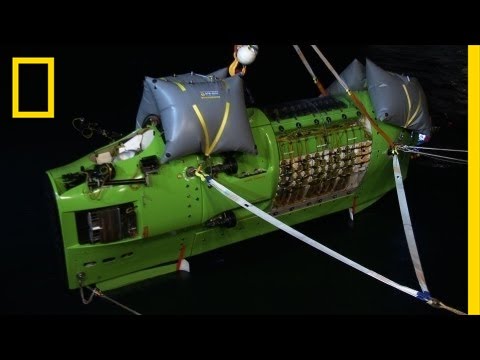 This is one of those times where I recognize real courage and humanity. Truly inspiring.

I was pretty impressed after reading this list of ways he could have perished.

Even though the Mariana Trench is cold, it’s surrounded hydrothermal vents—fissures in the Earth’s surface from which geothermally heated water bursts, unannounced. Thing is, that water is incredibly hot—700°C to be precise. That’s hot enough to melt the submarine’s view port. Then Cameron would have had water issuing into his craft, driven by 15,750 psi of pressure. Game over.

Five Ways James Cameron Could Have Died on His Mission to the Bottom of the...

Over the weekend, James Cameron successfully made it to the the bottom of the Mariana Trench—the deepest point on Earth. Bad. Ass.

Was also reading another article that mentioned the whole sub shrank 3 inches at the bottom. That blew my mind.

I Was also reading another article that mentioned the whole sub shrank 3 inches at the bottom. That blew my mind.

I can only imagine that as a film director, all the tension filled scenes from submarine movies that were going through his head, especially as the sub creaks and groans as it goes deeper and deeper- I think it’s “Ice Station Zebra” when they have to go deeper than the pursuing sub, and the clothes line gets slacker and slacker and droops towards the floor.