Audi won 24hr Le Mans, and I think it wins for most bad a$$ looking car too. 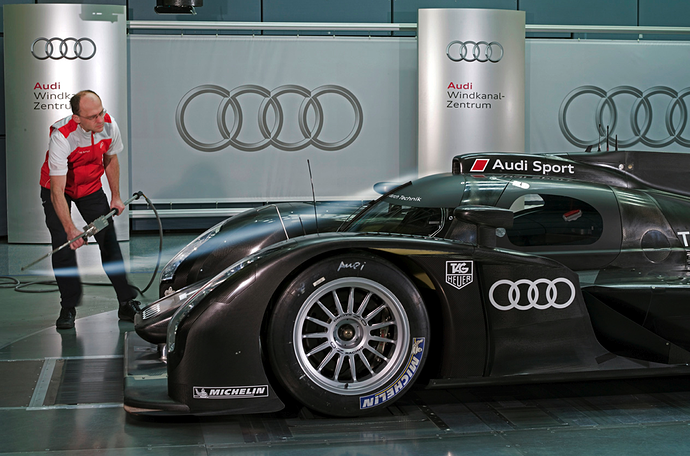 And they crashed 2 out if three! Awesome car though.

And they crashed 2 out if three! Awesome car though.

I blame Ferrari for those.

Hah, spectacular crashes none the less. Wonder if they would have gotten as much PR if they’d take 1,2,3rd place on the podium.

Digging the red bits… . and the little “finger” that reaches out to stabilize the mid span of the wing. Lockheed SR-71 influences abound. 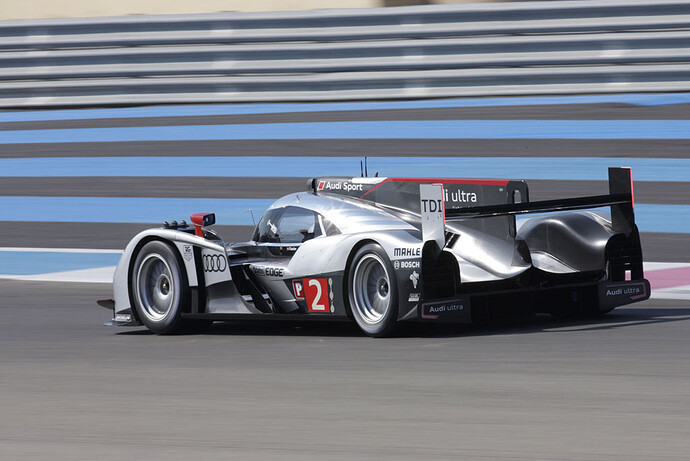 Lew: Le Mans followers have been joking about the “big honking fin” for the last year. It’s mandatory in the prototype classes to try and avoid the cars getting airborn (ie, FAIL this weekend).

The support in the middle is driven by regs too. The series reduced the width of the wing (that’s why it doesn’t go to the outer edge of the fenders). That forced the engineers to use every inch of wing as efficiently as possible, moving the supports from below to hanging above.

Nice video of the Audi team at this years 24 Le Mans. 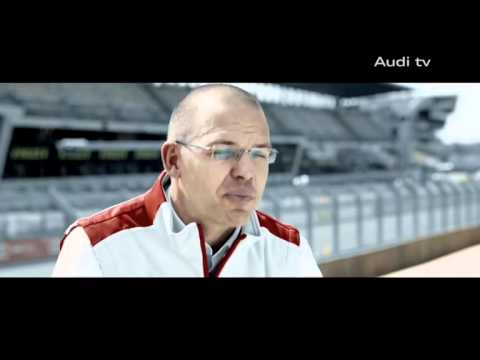 It is the successor to the audi accessories R15 TDI. Like its predecessor, the R18 uses a TDI turbocharged diesel engine but with a reduced capacity of 3.7 litres and in a V6 configuration.

Audi also put out Truth in 24 II, an excellent account of last years 24 Hours of Le Mans. I was streaming onboard with Mike Rockenfeller’s Audi when he crashed, it was a weird feeling and luckily he walked away.

Couldn’t have put it better.