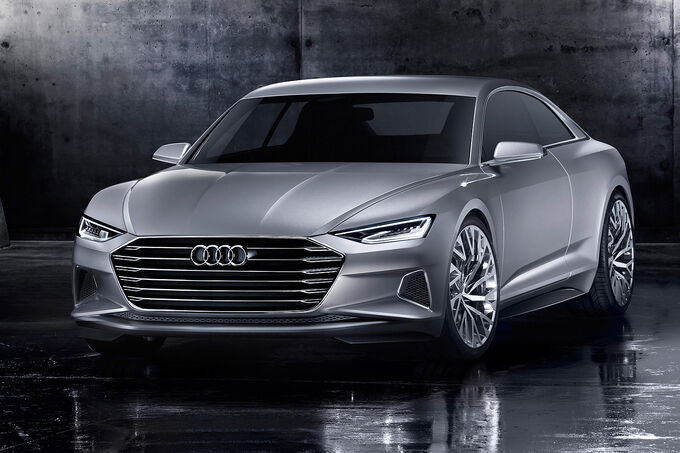 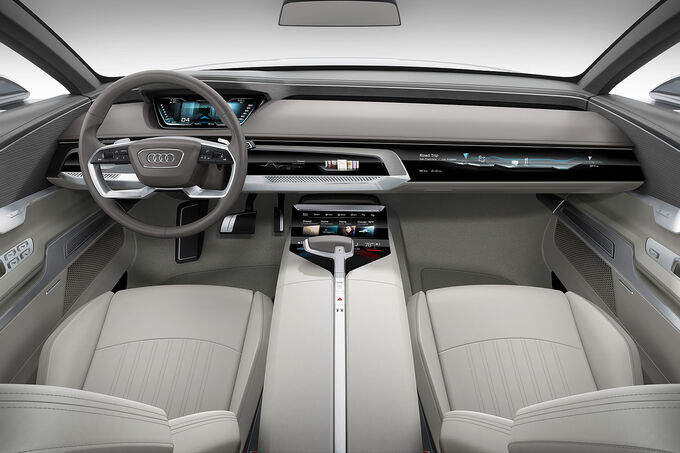 Am I the only one, who doesn’t get where this is going? 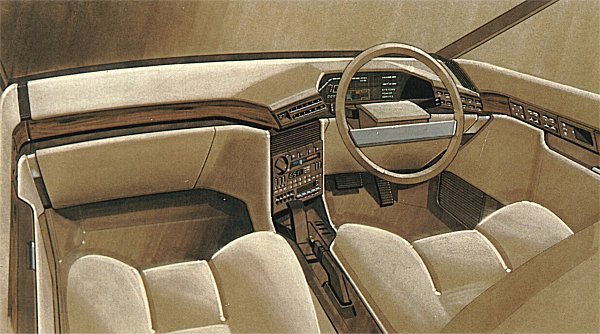 If this is the “new design language”, well it mixes some french and english themes, and not the most
successful either. It is from the 80ies. Flying butresses outside and slab surfaces on the interior…
Perhaps it should be called the “Epilogue”?

I mean this Volvo interior looks like some thought and polishing went into it:

Audi names their concepts after '80s movies too. hehe.

Like most Audis, it’s not bad. I actually think it looks like a new Ford concept, but not as refined. That would worry me if I was at Audi.

In the future, all cars will have big hexagonal grills.

I think it’s a nice looking car. Perhaps a bit anonymous, but Audi hasn’t been overtly flashy in many years.

I feel like Audi is more focused on pushing technology (automation, diesel hybrids, etc) than styling.

Agree. Not revolutionary - more of a tightening up of existing language (as on the Mk3 TT). I’m not emotionally moved by this concept. However the size probably doesn’t come through in photos - this is an ‘A9’, like a Mercedes S-class coupe in proportion.

I like the lower corner ‘wings’ on the bumper. I don’t like the full-width LED spanning the tail lights…who did that first, Chrysler? And Audi still does the best body cut lines in the industry.

This link has a video which helps in understanding the details. VW Vortex - Volkswagen Forum

Just looked at the gallery at Autoblog.

The lights remind me of the Saab 9-5, may she rest in peace. 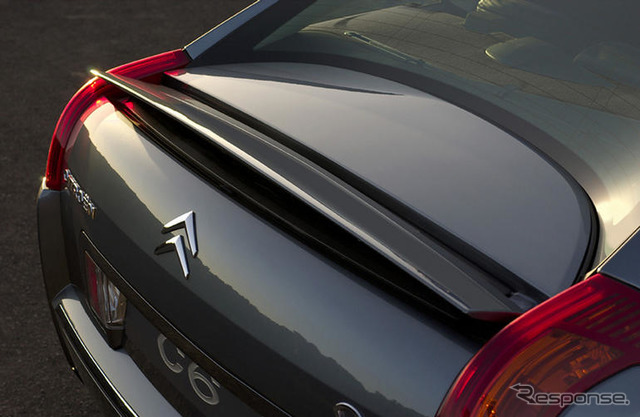 It’s weird how they’ve grabbed these recently dead design details and cobbled them together into 1 concept car. I still think Ford should sue. I know other people have used the trapezoidal grille, but this front end is really Ford Fusion with smaller filets on the leading edges.

I’m going to check it out on Sunday. I bet it looks great in person. It is very subtle. On a side note, I was next to a new Mustang on the road on this mooring (a 5.0) and I thought it looked great, the butt is a little big, but other than that, really hot. I could drive that… I’d have to check out the interior, driving dynamics, fit and finish, phone connectivity of course, but the exterior I could definitely rock. I might need to switch up brands with my next ride, there are too many Audis in SoCal.

This is what’s going on with that rear window - sort of a sheet of metal overlapping the glass, with a buttress-shape on the sides.

There’s too many of everything in SoCal!

There are so many Audis in Shanghai too. Well, Audi AX L. Get one of those in SoCal = blend in AND be unique and exotic

“Hanging on in quiet desperation/ is the English Way”

This Ford owner completely supports the proposed migration to the Blue Oval. Especially if its a GT350.

There are too many Subarus in Seattle. Then Audis.

To quote Werner Herzog:
“Los Angeles is the city with the most substance in the United States – cultural substance. There is a competition between New York and Los Angeles, but New York only consumes culture and borrows it from Europe. Things get done in Los Angeles.”

Back on topic: does anyone on this board know enough about automotive sheet metal manufacturing to comment on the feasibility of some of the Audi Prologue surfaces, primarily the extremely sharp corners, for example at the inner corners of the headlamps?

And, will there be door handles?

Back on topic: does anyone on this board know enough about automotive sheet metal manufacturing to comment on the feasibility of some of the Audi Prologue surfaces, primarily the extremely sharp corners, for example at the inner corners of the headlamps?

And, will there be door handles?

I’m guessing those shapes would be easier to form in stamped aluminum, and Audi has a history of it, but I know little about sheet metal stamping as well

I quite like it when things wander off topic. One person says something you think is a bit stupid, you respond with something even more stupid, and before you know it you’ve exposed yourself as an anxiety ridden , automotive snob on a mini-world stage.

I got nothing against The oval though as we Britons have had a long love affair with Ford. Up until around 20 years ago Ford and General motors (Vauxhall UK) used to cut a decent slice of this large premium saloon market. Now they don’t even enter a horse.
Back on topic - I’m seeing a tauter surface with even crispier edges theme , not unlike the recent Golf and Passat iterations.

New design language is OK. In full agreement that grille shape is on everything these days, but to fair, Audi really did do it first back in the old Auto Union days with the oversize grille on the race cars.

overall, seems cohesive and tight, and I’m sure will be nice in person. Interesting details like the flying buttress rear C panel could be neat. Always like those on the old Jags (80’s XJ, I think). Hood bulge to me seems out of place. Lines don’t match up to anything else, and would a look cleaner and more sculptural with a smooth hood. Looks like someone stuck on a Ford hood

What I wish however, was that Audi moved in a different direction than every other brand and went more to the restrained side of things, rather than the aggressive side. It’s unfortunate that all of the German bands have lost that Teutonic minimal, classy approach…BMW has more vents stuck on the side of every car now than Buick. Mercedes are looking like spaceships, and Now the “sleeper” restraint of Transporter-type Audi (after the classic BMW 750iL, that is), is going all wings and scoops.

Maybe it’s just me, but I wish someone would make a car these days that is pretty, or classy. Everything is more “Grrrrrrr” than “mmmmmm”. Look back on some of the best designs of the past 50s, 60s, (nothing good came from the 70s), 80s. There were some sexy cars that didn’t look like they would punch you in the face.

What I wish however, was that Audi moved in a different direction than every other brand

I’d tend to agree with this, as a whole. Once the Koreans started blending aspects of the Germans with the budget decisions of the Japanese, it seemed all of the brands began subscribing more to the zeitgeist of what is currently en vogue. This is not an exploratory stake into the future anywhere near the lines of Bangle’s original coupe study. I do somewhat miss the days of the Ronin cars - big sleeper S8’s and such - and liked the cars of the first dot-com boom, the E55s and the M5s from the mid to late 90’s, slab-sided, low, mean, somewhat anonymous, and insanely powerful for their time.

Just read that Marc Lichte’s previous claim to “fame” was the VW Mk5 GTI, which is not a high point of the lineage. (The head that rolled after that VW period was Murak Gunat’s, but Lichte was the designer.)

I’m with RK and SlippyFish on this one.

It looks like they’ve jumped on the internationalist ‘who can scream loudest’ bandwagon with the aggressive, snarling, ‘get the phuck out of my way’ styling.

Perhaps it says something about the shift from Euro/US marketing in the ’80’s to the new world order of lucrative nouveau riche geographies.

Richard: We should start up a car company. I completely agree with you. When everyone goes right, it’s worth at least seeing what happens when you go left. Lots of screaming design today, not a lot of soft talking.

I think VW is maybe the subtlest of design today, but they lost the touch of proportion they had 15 years ago. I have to say, the BMW 5 series has grown on me. For the luxury car market, it’s pretty subtle.

Having said that, all this overly designed stuff makes it a lot easier to keep my desire for a new car damped down.

In the future, all cars will have big hexagonal grills.

I think they’ll have no grilles at all.