Audi & Amazon get together

No, you can’t order your new Audi in a parcel, now!

BUT, you can order your new parcels into your (new-ish) Audi!

I love the clever thought behind this: Regularly the following happens here:

This new delivery would save him and me around 30 Minutes a week!

Me thinks, this is one of the clever gadgets that the newest generation of HUF
car security systems and keys do allow. Hats off to them.
http://www.huf-group.com/home.html
It could really be a driver for me to update the Avant, next to more “powarrr” and
Google maps on the nav… 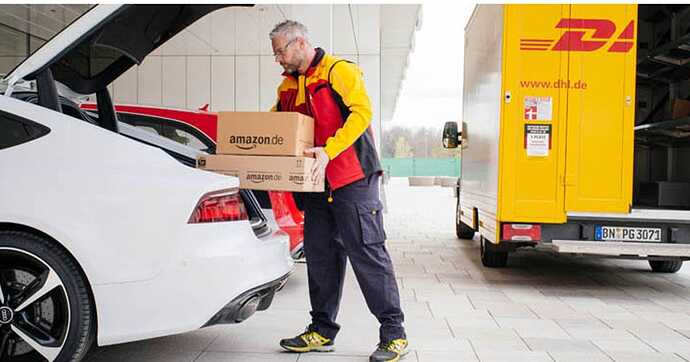 The e-commerce firm is set to bring its well-known brown delivery boxes to the trunks of customers' cars -- but only in a German test program.

I had an Amazon delivery stolen from my doorstep last week. But the joke was on the thieves, the item was only worth a couple of bucks.

That’s a great idea. I’d like that for delivery of personal stuff to the office too. Just tell him to leave it in the trunk. Hats off to Amazon!

I’d be happier if they just let you track the delivery truck along a planned route.