you have to live in Europe to enter, but it is tally open, no theme.

yep it burst my bubbles too last week!

In any case where ASICS Europe B.V. adopts a
design, project, idea etc. identical or similar to any
presented work in whole or in part, ASICS Europe
B.V. will have no accountability to the entrant
concerned.<<

How exactly is that a risk to an aspiring designer? There are designers now working professionally who are where they are partly because they exposed their work to the public. I’m one of them.

Relax. That kind of paranoia could hold you back.

Had some time, did some drawings and entered.

First shoes I designed in my life.

Not in the Finals
Did not want to brack in the other First Shoe design (Asics ) thread so I just added them here.
Also my first shoe design, Inspired by this (very active)part of the core77 forum.
Yo pointed me to the forum from the “Frontline group” on coroflot.

Had a lot of fun doing them. 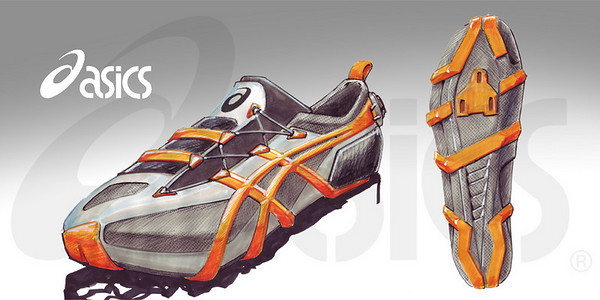 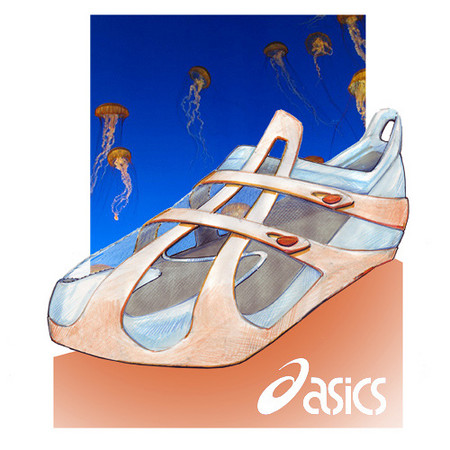 Winners of the cometition are now visible on the site.
1st a sandal no wow for me

Really liking those beach football ones! Never seen anything like that before and I hate kicking barefoot! lol

I think the advertising campaign won it for those sandals. Made me laugh. Though I prefer the 4Beach ones.

hey, any idea of checking out the competition results?
im in australia and unfortunately was unable to enter, but keen on seeing what ideas and concepts were out there. btw the beach volleyball shoes rock!
thanks, john

Thanks 4 your comment The_Boogey_Man.
This is Marcial, the designer of the concept. I was inspired in my self expirience playing and looking soccer players on the GironaÂ´s Beach (Mediterranean), Spain.

I agree with the result of the jury… the 1rst is maybe nearest from the initial contest brief. ItÂ´s the difference between attach a picture or didÂ´nt in your presentation


An aside…I saw my first beach soccer game this past weekend. There was a tourney going on at Jericho Beach in Vancouver. That is a really, really, really cool sport.

ip wirelessly - Good point. Definite chaff alert! lol. Though I still like the concept, maybe switching about with the materials could make a comfy fit. Beach soccer is cool, but knackering with the running and all the quick turns in the sand!

Good to see you posting on here Ahn, nice work. You a footwear designer/student? Would be good to see some more stuff of yours.

i would be curious to see the feet of people who regularly play beach soccer. Over time, it seems, the tops of your feet would naturally toughen up from playing barefoot. IP makes a great point about the blister problems that a shoe like this may present, but its still a really cool idea. I could see it being a really successful product if testing layed the blister fears to rest.

the winning concept is a really nice design with even better marketing. im just imagining all of the idiots walking around with asic tan lines on their feet and matching tan lines on their faces from sunglasses, maybe even a farmers tan or a beater tan too.

Nice work on the beach soccer idea, i am with JP W on the rubbing issue especially when sand gets in there as well.

I would also look at the toe box area with the part that comes under the foot, it may be uncomfortable where it is now when flexing. just flex your foot whilst sitting at your screen and you should see what i mean. Like the overall concept and think you could really work some great graphic directions for this, much like the Nike Presto did (one logistic but tons of different roll outs)

I loved the 2nd place, sleek, cool and very innovative.

A little ironic that the first place was a sandal and that
the words from the jury was:
â€The winning design combined simplicity with style in an optimal way.
The Jury liked the idea of using the Asics logo stripes as the
ultimate element, resulting in a clean and puristic lookâ€

Did something quite similar - it was a concept with an outer shell and a removeable sockliner for washing and color change. You guys like it? Comments?

YES! I like it very much maurice79
Extremely good looking and above all very clean design.
Dont know what you did with your tags but I’ll insert the picture for you