Article about cans on the home page?????

So I was reading the article on the home page about cans and how they are an obsolite form of packaging and would eventually go away. It went on to have this rediculous quote

Sometimes I’ll be drinking a can of beer and am interrupted by a phone call requiring me to go somewhere, or sometimes I just don’t want to finish a whole can of beer. In those instances, what’s left undrank usualy goes down the drain, as an open tallboy of Asahi doesn’t last too long in the 'fridge.

Is this supposed to be a serious article? I will agree that the paint can is not very user friendly but I have never thought that the aluminum can was going to phase out. If anything it should be considered more as it can be recycled many more times than plastic and paper, it provides a great deal of strength, and can be shaped in many different ways. Just take a look at the grocery store and see how many food items are packaged in a can. Hell they have a whole aisle for it!!

I wanted to put this up here mostly to say, I usual love the content on the front page, but his is one ridiculous article. 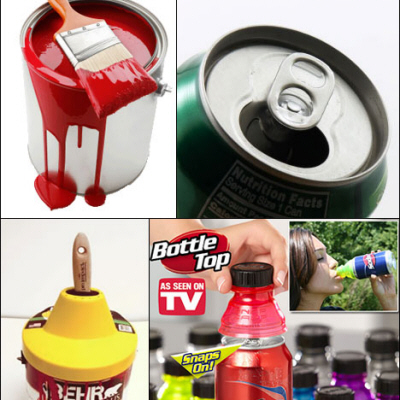 The can-don't attitude: Are metal cans not a ridiculously outdated packaging...

The other day I opened a fresh can of paint with a screwdriver, as I always do, and when I was done with the job (but not through all of the paint) I closed it back up with a hammer, like I always do. But because I wasn't paying attention,...

He hates these cans!! 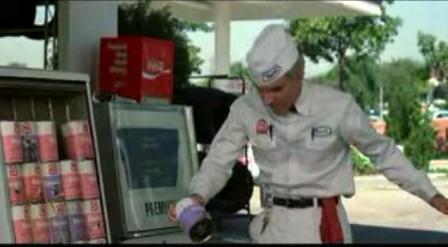 Yeah, I thought this was a little strange, however I can see his point with the paint can. But, who can’t drink a beer while they’re on the phone? Especially an Asahi tallboy? Blasphemy. I like can packaging. Remember back when Painter software came in a paint can? Nice work way back in the day for software surrounded by boxes.

But, who can’t drink a beer while they’re on the phone? Especially an Asahi tallboy? Blasphemy.

I thought it was some kind of weird North American phenomenon where someone would open a can of beer and NOT drink it. Quite bizarre.

The paint can thing though, he has a good point but there are brands out there that are sold in plastic tubs with re-sealing lids. I’m guessing though that the costs of an injection molded plastic tub would be greater than that of a steel can… please correct me if I’m wrong. So if you’re Benjamin Moore knocking out millions and millions of cans a year you probably want to keep the packaging overhead to a minimum.

I did a paint project once, it was a test project working with some guy… it never really panned out but I learnt a lot.
The rim around the top of a paint can is called a ‘chime’. Pro painters typically store their cans upside down so there is no danger of air getting into the can and drying out the paint over a long period of time. Never wipe the access paint from your brush into the chime… it ruins the seal and when you’re cleaning your brush… use hair conditioner

Concept has been around for years. First sold in Europe, but recently came to the states. 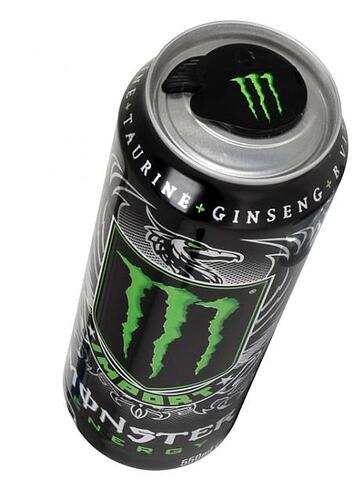 I heard an inventor talking about cans on a recent podcast. The reality is that the technology is so mature and so much capital has been invested, that it will take years for cans to fall out of favor. Just look up coke cans on youtube to see what I mean. The process is so efficient, the material is so incredibly thin. It’s an amazing example the efficiency of modern production.

I think the front page post was just complaining about the user interaction with cans, which can be disappointing.

Saw this on gizmodo… 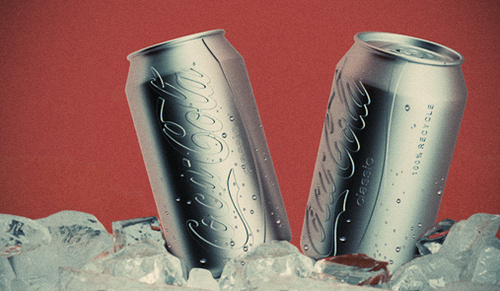 Those paint-less cans are hot!

I really like them too, but I think it’s a mockup… Do you think that kind of can is possible?

Coors made a can w/ dimensional mountains about 10 years ago. I’d think its certainly possible these days.

It looks great, but Coke’s brands are too dependent on colors, specifically red. Maybe if they could slap a shrink wrap sleeve on it, but I don’t know that this can be done on aluminum cans.

I saw this a while back. I am not really sure how this is done. Cans are drawn from a round blank kind of like extrusion, so I don’t really get how they would do this. Now with round holiday tins that is different because the embossing is done as a flat sheet and wrapped around a base.

I was thinking along the same thing Justin - that they were drawn and maybe spun out into the shape, but I don’t know much about it. Nowadays, it seems like anything is possible if you want it bad enough

like mgnt8 said above, color does seem important for Coke, though the bare cans are really nice. Would like a red or black anodization be more eco/recycle-friendly than painting? Maybe they could chrome out the raised portions for more contrast if they really needed it to grab more attention

I’m sure somewhere in there, there’s room to add some dimension. Maybe hydro-forming?

Saw this on gizmodo…

Holy crap, I don’t drink soda… but now I want to!

Another way to do this with out embossing would be to do it trough printing effects. They could keep the same colors and feel a color pallet. Still could cool.

I think the emboss detail is done as a secondary process with a expanadable/collapsible core and its not very cost effective…although sweet!