Curious what you guys think, here’s a link to the story. 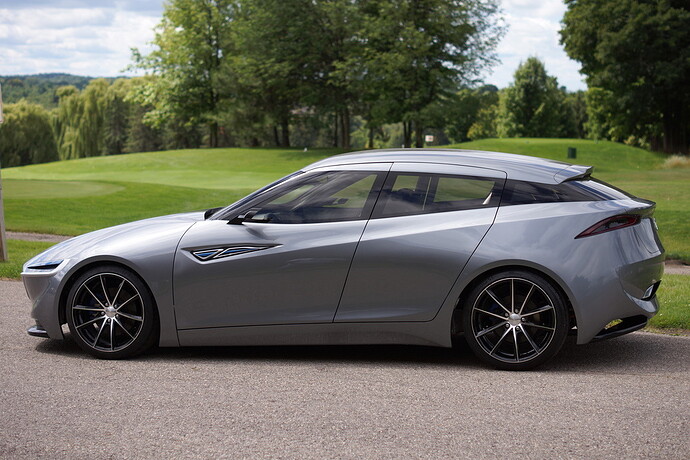 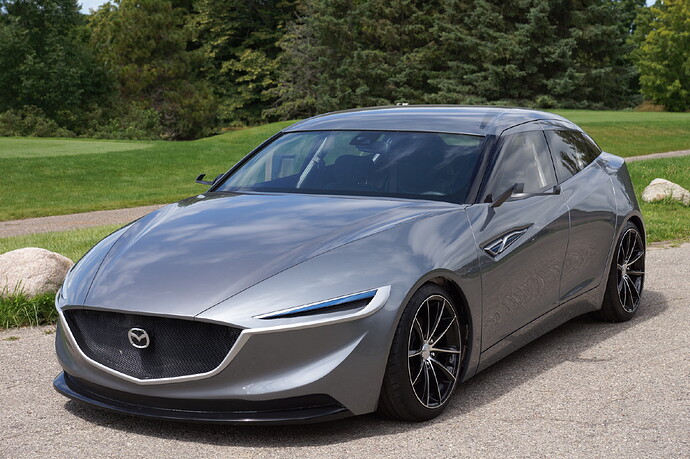 They seem to be photoshopped cg images over an existing wheelbase? (The rear 3quarter + video made me see they weren’t photoshopped)

Its not my cup of tea, there are a lot of elements screaming for attention but they don’t adhere. The window graphic is totally ignoring the outline of the car and the shutlines of the doors. The rear three quarter is not that bad, but still I would expect more from ACCD with that lower windowline wobling. The surfacing around the airvent near the a-pillar has a negative effect on the reflections and balance in volume of the car.

But I don’t see why this is Mazda except for the copied features. This doesn’t move me…

However, considering it actually drives and the students had their first experience in creating a car from sketch to operational prototype is of course a very usefull exercise!

Looks sort of bloated and disgusting. Has a taste of the BMW flame surface to it, too. Nothing revolutionary here.

To me it looks like a morph of Ferrari FF, Alfa Brera, and Volvo v40. All OK looking cars, but all already a couple years old. An ACCD concept study should’ve been more forward looking. 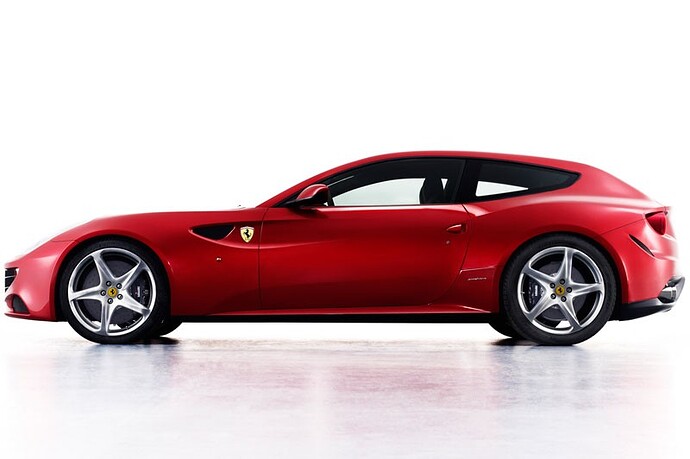 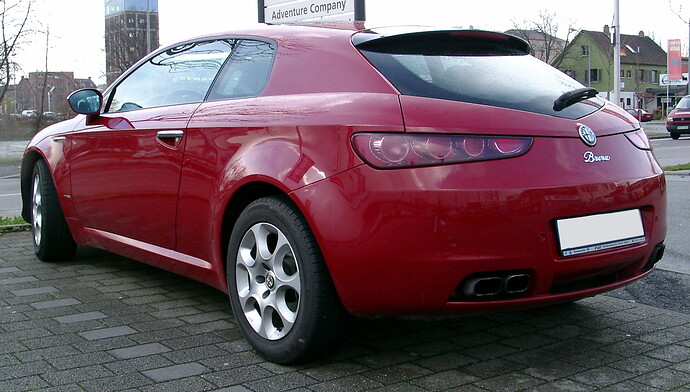 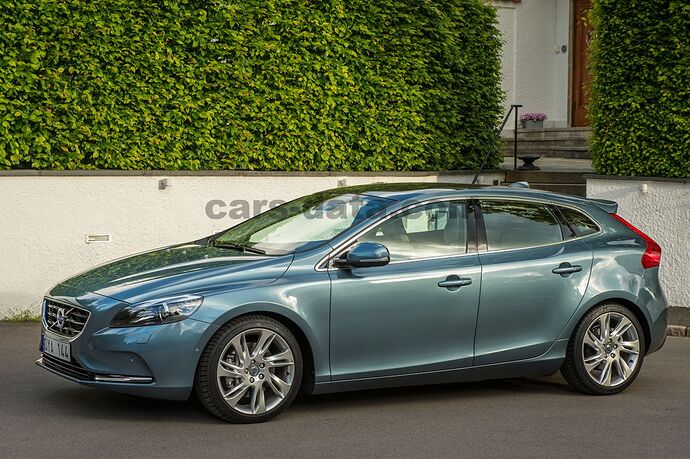 They did a BMW last year.

Looks pretty good to me. Nothing revolutionary but nicer than that i3 we’ve been harping about.

Sad.
If ACCD Transportation Design is no longer visually or sculpturally superior, then what does the programme have to offer?

Beyond the aforementioned fact that it is not a forward-looking design at all, a big part of the problem are the wheels and the stance. Students are always sketching with imaginary 40 and 50 inch wheels. But now we see what that sketch really looks like with wheel sizes that are closer to production. Awful. I think some students, faculty, or young professionals believe accurate wheel size is something minor in a design proposal that can be tweaked later – but this depressing prototype makes the point quite clearly that wheel size is FUNDA-FUKING-MENTAL to a design. Should be factored in earlier rather than later.

Having said that, I’m sure it was a great and rare experience for all involved to take something to full-size. Hopefully they’ve learned some lessons and would do it better next time. (With this in their portfolio, however, they may never get a next time.)

This was designed for millennials, and since I am not a millennial, I can’t comment. Other than of course millennials are the least likely to purchase a car, why would you target them?

But I am a fan of the hatchback. I had a Honda Civic SI hatch and currently have a Mazda3 hatch. Love them both. Primarily because they are a small workhorse. Open that hatch and you can haul just about anything a pickup can without the size and horrible gas mileage. The size itself creates proportions for a potentially a great aesthetic.

This car seems to be a sports-car styling stuck onto the functionality of the hatch. It doesn’t work for me, but again, maybe it works for a millennial.

And I know skeuomorphics are out, but I still would like to know how to open the doors. Call be old fashion. Or an old grumpy bastard.

Tough crowd! If I had someone apply to me with this work in their portfolio I would find it pretty impressive. Don’t forget they were collaborating with an engineering school and an automaker. It is a good example of student form language getting tempered (beaten) into reality. A good experience to have, one we usually have to teach on the job. Is the car mind blowing, no, but as a portfolio piece it is very good.

Yo has a point. I still don’t have anything near this in my portfolio hehe. It would be interesting to see a video with the students that worked on it and how they balanced the engineering and design.

It would look better with some 30" wheels though.

I’m not a transportation guy, but I think it’s got a nice looking front end. kind of a sporty jaguar thing going on. I’m not sure -what’s going on with the rear, but the thing that jumps out at me the most about this are the side-view window line looking like a zoro mask and all the blacked out area of the glass. Is that a common thing?

Everyone’s a critic if you ask, especially when it comes to cars.

For an actual physical collaboration project and not just a scale clay and some fancy renderings it’s nicely done. I tried doing a transportation collaboration project with real engineers in college and it was so painfully difficult that they kicked us off the project after 1 semester with our “Crazy design ideas”.

It would look better with some 30" wheels though.

While I’m not a great fan of the exterior lines (especially the DLO and high rearquarter panel), I can forgive the chubby overall proportions, considering it’s a car that fits 6.

I saw the 6 seater description, having owned a bench seat 6 seater in my life time I can say it’s not a great benefit on modern cars, especially when 3 row/7seat vehicles have started to shrink into tiny CUV/MPV footprints.

Plus the person in the middle front seat usually is an obstacle to someone trying to drive. And they go where my coffee needs to go!

Nice job, I wish I could do a car this nice as a professional, let alone in school!

I agree that the proportions feel more upscale than Mazda. The lamps and surfacing feel like they’re taking themselves a bit too seriously for Mazda. Mazda is a bit more playful and friendly a la the kid whispering ‘zoom zoom!’ =)

A good semi-real world project as far as discipline melting but the result isn’t very inspiring if the ID is to be critiqued - the faux side vent that everyone seems to now HAVE to have whether real or not doesn’t even emanate from the quarter panel, which is where it should start as it is meant to be an aerodynamic and/or cooling feature for engine bay / underside airflow (and the engineering implications of having it emanate from the door make this solution 10x more complicated and costly…but engineering was involved?) - and although that vent spits into a tensed crease style line, they destroyed its effectiveness by pulling out the lower rear quarter to seat the wide rear track - it might have become more effective had they not forced that style line over the rear wheel - maybe let it dissolve like this disco volante (similar problem, different solution); - YouTube.

In my opinion, the current CX5 and CX7 SAVs are near perfect implementations of the latest Mazda brand language.