Arnell fired from The Arnell Group!!!!

Interesting article. Peter Arnell was fired by his own firm. Ha! 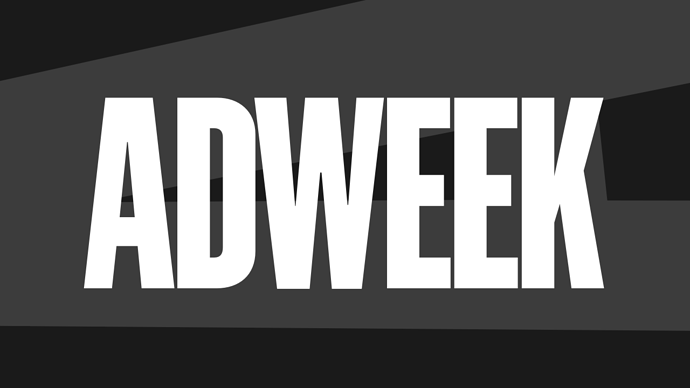 Was Peter Arnell laid off from his namesake agency as a cost-cutting move?

News that Arnell had parted ways with the Omnicom shop broke with the emergence of a lawsuit last week. The Manhattan agency, now led by Arnell’s wife, Sara, is also giving up its posh harbor views at 7 World Trade Center to move to an Omnicom building on Varick Street in SoHo as part of an agency downsizing. It appears that, as part of the physical shift, Arnell—who famously bought an $18.3 million Katonah estate from music honcho Tommy Mottola around the time the ad exec sold his shop to Omnicom—was deemed a luxury the agency could no longer afford.

Sara Arnell, a principal at the shop, has been named CEO and replaces her husband, who was fired on Feb. 2. Arnell recently sued the agency his wife now runs, in a complaint that also names Omnicom. The agency founder accuses the shop of trying to keep an eclectic array of vintage glasses and other collectibles that were presumably part of the initial sale to Omnicom along with acquisitions he later made on the company’s dime.

It’s not clear who at the agency or at Omnicom fired Arnell or what involvement Sara Arnell had in that decision. Arnell’s agency lists nearly 200 marketers on its Web site. In reality, it is down to about six clients, insiders say.

A former assistant editor at Vanity Fair, Sara Arnell married her husband in 1988 and has held agency titles like chief strategy officer. She did not return calls for comment. Peter Arnell could not be reached, and Omnicom declined to comment.

Assuming the Arnells are still a couple, the agency founder’s litigious response to his dismissal must make for interesting conversation at the family’s opulent dinner table. In Peter Arnell’s suit, filed two weeks ago in Manhattan Supreme Court, he leaves open the possibility of future litigation, as he questions “whether (his) termination was lawful.”

Arnell’s ego and self-promotion overshadow some of his agency’s well-received early hits for clients like DKNY, Samsung and Banana Republic. His most recent misses have attracted an almost gleeful response from critics. Many said his 2009 redesign of Tropicana orange juice cartons made a prominent consumer brand look like a generic store product. The new packaging was quickly dropped by corporate parent PepsiCo. In 2008, as acting chief of innovation at Chrysler, Arnell said he was taking his “rightful place as an industrial designer” when he created an electric vehicle called the Peapod, which he named after its creator, Peter Eric Arnell. The end result was dismissed as a tricked-out golf cart unable to go faster than 25 miles per hour.

If Arnell has been losing clients, that exodus may have been helped by the agency founder’s curious approach to damage control in the wake of the very public Tropicana debacle. His response: “So what the hell—I got paid a lot of money.” In the same 2009 Newsweek interview, he went on to describe his redesigned but much-maligned Pepsi logo as “bullshit.”

Arnell’s elitist tastes and snobbery have seemed ill-suited to a business of consumer populism. A leaked memo of his to PepsiCo invoking Pythagoras, Euclid and Leonardo da Vinci has become the stuff of industry farce.

That level of pretension may have its roots in the postmodern offices of architect Peter Graves. Arnell, whose academic credentials stop after graduation from Brooklyn Technical High School, talked his way into an internship with Graves, and he met Princeton architecture student Ted Bickford there. The two collaborated on books about architects and artists and created the ad agency Arnell/Bickford in 1980. Around that time, Dawn Mello, then the fashion director of Bergdorf Goodman, asked them to create ads for the high-end retailer. The agency subsequently came into prominence when Donna Karan launched her DKNY clothing line, and Arnell’s shop produced the designer’s Manhattan skyline logo.

Wow I thought I would have gotten at least one response.

I never met Peter Arnell personally but having been active in the New York design scene, you can’t throw a bagel with hitting somebody who has something unflattering to say about their experiences with him.

Wow, I had never seen that ‘peapod’ car before. Ouch!

Karma indeed. Seems like he isn’t falling too hard though.

And I always thought this was a Bob Marley quote, lol…

*
As I don’t know him personally Arnell still is an Idol for me in “customer satisfaction”
and “percieved value”.

Wish I was “capable” of doing the same.

And I always thought this was a Bob Marley quote, lol…

*
As I don’t know him personally Arnell still is an Idol for me in “customer satisfaction”
and “percieved value”.

Wish I was “capable” of doing the same.

Carefull that you don’t blur the line. Are you an Idol of Arnell or of the company he was a figure head for… I have first hand experience were the person who gets all the glory and credit literally does very little. Instead it is a team of devoted people who support and make the company great…

Not sure how i missed that brick

still working on my first coffee…

Not to derail the conversation here, but this is why the internet needs a sarcasm font.

What is the real kicker here is that his “wife” (I think it is his ex-wife) is now the new CEO. How do you think those conversations went down? Just go to show that there is only so many bridges you can burn before you get burned yourself.

Use to have a boss, who would send out shitty emails, and when people would get mad he would just say Oh I was just joking you took it the wrong way.

But there was only one way to take them… i use to tell my students never Joke or be sarcastic in emails in the business setting cause some one is always going to take it the wrong way. but a dedicated font would take that problem away… I wonder what sarcasm looks like from a visual interpretation.

a dedicated font would take that problem away…

You can hate them if you want to, but this is precisely where emoticons are actually made relevant.

Arnell: I hope that I can build a small fortune and then get s***canned so that I can go and enjoy it.

Thats what happens when you think you are gods gift to design. Maybe it humbled him a bit but I doubt it.

Thats what happens when you think you are gods gift to design. Maybe it humbled him a bit but I doubt it.

Where does one draw the line between self confidence and arrogance ?
How do you know inside yourself ?

In late 2007 we were designing products for a client who proudly proclaimed a new Home Depot in-house product (designed by the Arnell Group directly for THD) the best thing he’d seen and wanted us to follow suit with products like it (it FAILED at retail).

I remember reading an article on Peter Arnell a few years ago (Inc or Entrepreneur, can’t remember) and walking away unimpressed with the man but impressed with his ability to sell himself to the clientele he’d been able to rope. No one would argue that having a list like PepsiCo, DKNY, Chrysler, Tropicana, etc as clients could be bad for business but the way he dismissed criticism, went out of his way to mock others’ opinions and always placed himself ahead of the client made me wonder how much time he had left before it would blow up in front of him. Making matters worse was a hero topic of the article, the PEApod - it was painfully obvious by the description, background story, images and scale model that he had no idea why cars are designed the way they are and why that contraption would be a FAIL before it ever reached fruition.

Obviously, someone at Omnicom became the biggest move of his chess match, providing his firm (and obviously for the most part, himself) quite an overpriced buyout (kudos to Arnell) - and now by downsizing their offices & staff, firing the namesake and trying to balance the P&L, they’re coming down off the cloud that doesn’t look so cushion-y after all.