Well, I finally abandoned my trusty old Motorola flip phone and stepped over to the dark side with an iPhone4.

The problem I now face (aside from deciphering how to use the infernal device) is the hostile environment that I work in (dad always said I could destroy an anvil with a rubber mallet… ). The flip phone was well-suited to this environment, but I’m going to need an armored cover for the iPhone preferably one that covers the front as well, and not too many designerly nooks and crannies to harbor grit and grime, etc.

Any likely candidates spring to mind?

To give you an indication of the situation, this happened on the second day I owned this phone.

Spendy, but so is replacing the phone.

The Otterboxes are as close as you’ll get to that level pf protection, but it adds a lot of mass obviously.

The Taktik cases are also pretty burly and include a secondary piece of Gorilla glass for protection, but the power button is super poorly designed (which doesn’t make sense since everything else was so nicely done) and that’s enough alone to drive me slightly crazy.

There are some leather type cases that cover the front of the phone, but I don’t know how much protection that will actually give you.

Trade it for a Sonim?

The Sonim XP3400 ARMOR is a professional grade CDMA phone combining ultra-rugged features with the speed and reliability of 3G.Backed by Sonim’s industry-leading 3 year comprehensive warranty, the XP3400 ARMOR is a power tool of communication for workers who do the tough jobs for the rest of us every day.

Based on feedback from over 500,000 customers working the toughest jobs on Earth, the Sonim XP3400 ARMOR is engineered to meet the Sonim Rugged Performance Standards (RPS), a test that goes beyond MIL-SPEC ruggedness. Completely dust-proof, water-submersible (down to 6.5 feet for 1 hour), the Sonim XP3400 ARMOR is drop-tested up to 6.5ft on concrete and equipped with a 1.5mm thick scratch and shock resistant Corning® Gorilla® Glass lens on the 2” high resolution display. The Sonim XP3400 ARMOR provides a reliable lifeline for people in harsh working conditions such as farmers tilling their crops, utility workers fixing a downed power line, or firefighters battling a raging inferno.

Couple more options for you, but I can’t vouch for any of them… 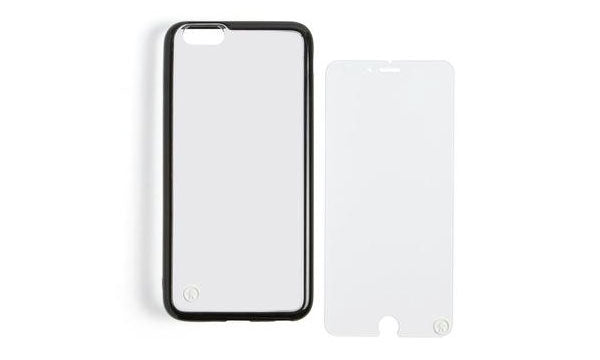 Yowie Armour provides the greatest, most durable protection for your Samsung Galaxy S7 or S6 phone. Paired with our glass screen protector, your phone will be safe from scratches and drops. With our Yowie Armour technology, you don’t need to regret...

Need I mention the Taktik from Scott Wilson, probably old news by now. I use one and love it, it’s very tough.

We actually design them for the military and decided to launch a kickstarter for the civilian market. We will see how it goes. The Special forces and Seals beat the hell out of them. Ruggedized/Wearable iPhone 5 Case & Mounts for Active Users by Juggernaut Defense — Kickstarter

Lifeproof - very good cases, well tested. The cases are nowhere near as big as some of the other brands. They’re slim because of good engineering and testing.