Are designers more creative when happy or sad?

- Picasso had his blue period after the death of a friend. Do you think you produce you best work during a certain mood, or is design, unlike other creative practices, non mood specific because it focuses more on problem solving rather than artistic output?

Bipolar Disorder and the Creative Genius

Researchers at Harvard University set up a study to assess the degree of original thinking to perform creative tasks. They were going to rate creativity in a sample of manic-depressive patients. Their results showed that manic-depressives have a greater percentage of creativity than the controls. (5) There have been biographical studies of earlier generations of artists and writers which show that they have 18 times the rate of suicide (as compared to the general population), 8-10 times the rate of unipolar depression, and 10-20 times the rate of bipolar depression. (5) The additive results of these studies provide ample evidence that there is a link between bipolar disorder and creative genius. The question now is not whether or not there exists a connection between the two, but why it exists.

Also: Portrait of the Artist as a Manic-Depressive

Weisberg’s finding: While the quantity of Schumann’s compositions swelled during his manic years, the average quality of his efforts didn’t change. When mania struck, Schumann wrote more great pieces–but he also churned out more ordinary ones.

As I think creativity stems from expertise and mastery of your trade, I don’t think it matters. As a design professional it shouldn’t matter if you are sad or happy, you should still be able to use your design process to do your job.

So to answer your question, I think design is different from art because you aren’t trying to express yourself, you are trying to distill insights from research of the targeted demographic and express the companies brand message to the customers via features, ergonomics, usability, aesthetics, material choices, forms etc.

But do I think work suffers in any field if your mental state is less than optimal, absolutely, that would be the same for engineers, lawyers, business people etc.

Without question I work much better happy. I think we probably all do.

I don’t get much accomplished when feeling down.

Depression and sadness are two different things. Depression is turning all the emotions towards the self. That’s why perfectionists are often depressives. Because the emotions that in a healthy person are balanced between the outside world and the self are almost entirely turned self-critical.

Having said all that, there seems to be a balance. Check this video out: 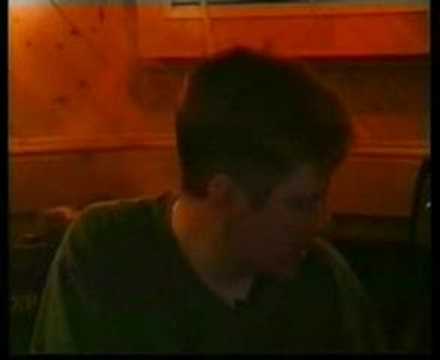 I had a psycho (last throwing) boss at one company I worked for, who would call you into his office and tell you how useless you were (and possibly throw lasts) - I did some of my best work there but also was very unhappy.

I don’t know about happy or sad but I think I still perform best when under pressure.

I tend to work best happy, but what makes me happy might not be usual. I’m happy when I’m in tough spot, juggling a lot of different things, and feel like I have something to prove… as Shoenista said, I think it is the pressure. I thrive on it, and I know how to create it for myself (like making an artificial deadline to get my book done, or when I took a holiday in the mountains last Christmas I tried to to do 5 good sketches a day, stuff like that, it works for me)

This post is going to be a little scatter brained so please bear with me.

For creative individuals I don’t think it really matters in general if we are happy or sad, we still look for creative solutions to a given task. With that said, the quality and quantity of creativity can vary greatly depending on our moods at any given point. Josh stated it pretty well, when in a manic state you will get a higher quantity of ideas. While not all of the ideas will be good just being in a manic state will allow you to produce concepts at a rapid state without stopping the creative flow by introducing the negatives of “this can’t work” “this is a bad idea”, etc… When in a manic state it’s easier to get the ideas out of you. Being in a depressed state makes it easier to sift through these ideas to pick out the better ones because you will start to look at the negative of side of things. You can judge the manic ideas and get to the meat of them to figure out which way to proceed. By introducing the negative (depressed) side you can bring things back to reality and produce a better product.

I think there are some other factors that play into the equations of happy (quantity) vs sad (quality). These factors include: confidence, IQ, personality, skill, knowledge, environment. A lot of these variables also play into the type of situation you are in… group work vs solo work.

Here is a little about me: Leader/Loner personality, high IQ, A.D.D., can get easily depressed.

I have found what works best for me is probably way different from other people. My ideal work day is to come in at noon and have the group work and meetings and leave at 2-3 in the afternoon and then comeback and work from 8pm to 2-4 am. By having a split work day I can get the social/manic part of my day done with early and then leave to take care of everyday life stuff. While I’m taking care of other things I will still be sifting through the discussions from earlier. Then once I am back at work in the evening I can be by myself and get stuff taken care of without any distractions.

With this type of work day I am able to get in and get the creativity flowing and then comeback to later to refine these ideas to produce better concepts.

Ross: thanks for being so open. It’s great to hear that you have the freedom to work in that way (split days).

I’m kind of a slow burner. I have total confidence in my abilities, so I don’t get discouraged easily. However, I need deadlines (real or artificial) to get the best. Weirdly enough, the single biggest problem I’ve had with employers is getting deadlines. Strange.

The only reason I can work this way is since I am doing freelance work while looking for a full-time position. But it’s a nice way to do things.

I think deadlines are essential in driving creative solutions. Without them you can live in fairytale land and never brings things back to reality. I’ve had similar issues with employers in the past. The last job I worked at the bosses had deadlines but they would never tell us until the last minute. That created many problems and hostilely when it is an easily avoidable situation. Communication is essential when working in a team and unfortunately the leaders continually failed to pass on vital information.

I have a similar personality Ross and have developed a modified version of this to work in a more organized work environment. I tend to get to work early (I’m a morning person). Most designers not being morning people, this gives me a few hours to work in solitude and develop ideas. When everyone starts coming in I take a break and grab coffee with folks and take that opportunity to socialize some of the work I did that morning, then meeting time and we get to hash things out, review, and brainstorm. Then I go home early, toss the brainstormed ideas around the back of my head for the evening and get in early to do some more work… it works for me.

Without question I work much better happy. I think we probably all do.

I don’t get much accomplished when feeling down.

I completely agree. Also the mood of the group effects the out come as well. A high energy group where everyone is excited and positive results in much better results.

I have a similar personality Ross and have developed a modified version of this to work in a more organized work environment. I tend to get to work early (I’m a morning person). Most designers not being morning people, this gives me a few hours to work in solitude and develop ideas. When everyone starts coming in I take a break and grab coffee with folks and take that opportunity to socialize some of the work I did that morning, then meeting time and we get to hash things out, review, and brainstorm. Then I go home early, toss the brainstormed ideas around the back of my head for the evening and get in early to do some more work… it works for me.

You definitely fit much better in the corporate world by being a morning person.

It’s a huge plus being able to have both solitude and times of social interaction while at work. I love having my alone time to concentrate on getting my ideas down and develop them some before showing other people and getting their feedback. Being a night owl I tend to do the alone time late at night. It would be so much easier if I could switch that to the mornings.

BTW… congrats on the move to Frog!