I’m looking for a technique to apply a Logo and some text to aluminum with a Type 2 anodizing and achieve a durable black-ish finish (think Apple on… Apple Products). I have dabbled a bit with laser etching on stainless steel. I believe that the same process is simply going to remove the anodize exposing the aluminum underneath resulting in a silver logo and text. Anybody have any connections for this type of work?

Correct laser etching will expose the silver underneath.

If the laser etched sections are left un-anodized they will turn white with aluminum oxide.

Search laser marking rather than laser etching or engraving.

You can double-anodize, meaning anodize, etch, then anodize again with a different color. The second anodizing will only affect the etched area. Not sure if you can do black for the second round, though.

There’s a few order of operations you should be able to take.

You can laser each which will also change the surface texture compared to the surrounding surface and then anodize, or anodize->etch>anodize. 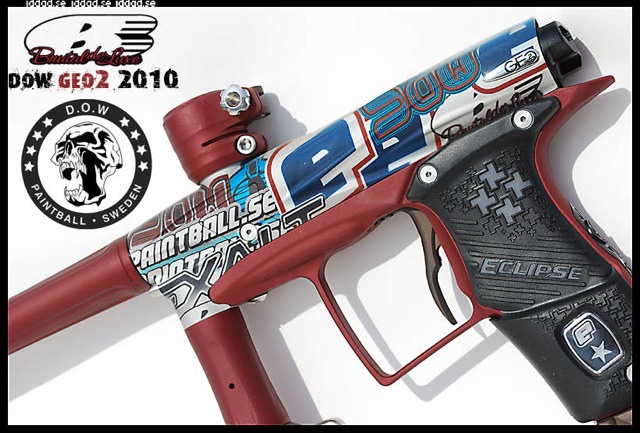 This is something that we get done on our paintball markers each season, aluminium. I have no clue how they do it (partly why i post it, maybe someone is educated on the process.)

Decently crisp lines, eventhough the surface is matte, to save time and money in the production process. I think they can do it on gloss finishes as well.

I never considered double anodizing. That’s an awesome idea, and something that will work for a project I’m currently struggling with. Thanks knowledge base! You guys rule!

The paintball gun might be a dye sub process (used on a lot of iPhone cases now) but it may also just be a hydro graphics water transfer.

What does the seam look like - that may be more telling but hydro graphics is pretty popular in that kind of business - that’s where a lot of those leaf-camouflage type patterns come from in hunting goods.

The paintball gun might be a dye sub process (used on a lot of iPhone cases now) but it may also just be a hydro graphics water transfer.

What does the seam look like - that may be more telling but hydro graphics is pretty popular in that kind of business - that’s where a lot of those leaf-camouflage type patterns come from in hunting goods.

The white was what made me think not dye-sub process. Also the crispness in the grooves. The randomish graphic pointed toward hydrographics. The proof on this would be seeing two items next to each other and seeing if the graphic were substantially different. The Swedish website slowed me way down in this quick search.

Nxakt/Cyberdemon: I’m pretty sure it’s not hydrographics, we get 12 identical each year, and i have to send them illustratorfiles with bleedmarks etc. The graphics is applied on both sides, and fades at the radii on top of the gun, so its atleast some kind of 2D application.

Sorry if my old webpage threw you off 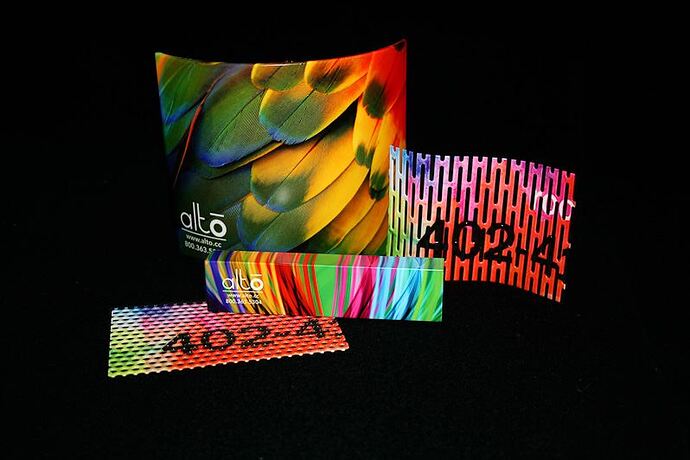 Correct laser etching will expose the silver underneath.

My anodizing shop tells me that the preferred method is to mask the part during the dye baths if you want a second color. They might be old school, but they also mentioned that they had never heard of anodizing a part, laser etching it, then re-anodizing it. Apparently the etch bath they use prior to anodizing will ruin the previous anodization. It would also be VERY difficult to run a current through an already anodized part because the anodized layer is non-conductive.

That said, to laser etch anodized aluminum and end up with a black mark, Thermark would seem to be a good choice. basically, it is a paint or tape that you put over your part prior to laser etching. The result is a permanent black mark on your part wherever the laser hits. Thermark is Now Ferro-a Leader in Laser Marking Technology

I laser etch regularly at work. Most often on hard anodized surfaces and but some not. I use a Panasonic Fiber and Co2 type laser. I have yet to experience an oxidation afterwards. I have some etching that have been done over 5 years ago. I think your going to have a tough time getting the marked surface a dark color. You can achieve a dark mark on stainless, but that is achieved by going slowly and heating up the surface. I have experimented with paint markers and using the laser to control the shapes. Its not a good solution for high volume.