Apple TV- What do we think?

Has anyone here tried out Apple TV or own it? Do you think it is worth buying over other TV devices/applications/displays etc.?

Would be nice if you could get Hulu Plus content as well… but that’s a direct competitor of iTunes. And it costs less.

The best feature is the ability to stream media over the air, but people have had huge problems with it actually being anywhere near reliable. Everyone I know who’s bought one has stopped using it due to the flakiness of it staying connected.

“Smart” TV devices still need some time (or the rumored next gen Apple TV) before they’ll be anything useful. Content services are all still very disjointed, and an Xbox or Playstation probably provide the most bang for buck in terms of content:dollar value.

How does it compare to one of the Roku player models? I was actually just looking into ditching cable for a set top media station, and never actually considered Apple TV until this thread popped up.

what exactly can apple tv give you? outside of paying for subscriptions to mlb etc…?

I have the last generation and like it a lot, mostly because it wirelessly plays nice with iTunes. I haven’t had any problems with it staying connected. The library is pretty solid, we mostly use it for epic TV series type stuff. Of course there’s some content overlap with cable On-Demand and slightly with Netflix on demand which I’ll probably cancel.

The roku seems comparable, but just doesn’t jive as nicely with my iphones, ipad, itunes running laptop. X-Box 360 and PS were not even a consideration. I think it depends mostly on what you want to watch and if you have a computer near your TV.

What does it ‘give’ you? Short answer is nothing.

But, what it can do for you is quite cool. I’ve got the most recent version (the 2nd gen - 720p) and it’s connected to my system, which includes a TiVo as well.

I bought it as a bit of an experiment, and like it quite a bit.

I was curious to see if I could use it and remove myself from Comcast/TiVo, but haven’t gone ‘all in’ yet. I could try to do OTA digital signal for all local tv, and use AppleTV for specific shows (The Walking Dead or the like) but I would pay too much compared to having 2 cable cards and a paid-for TiVo.

Now, this may become moot if Apple ever makes their own HDTV, in which case, the AppleTV will be embedded, but, until that time (and about $1500 in cash) I’m happy with my AppleTV.

Per Cyberdemon’s ‘flakiness’ comment, I’ve never had a problem with mine since I got it last year. Rock-solid connectivity, and strong signal strength.

….Apple ever makes their own HDTV……

As there is gap between User’s expectations vs media experience.
(TV, DVD, Sound system, XBOX, Kinect-powered…etc altogether & their visual representation together.)

Ivision…… available only in WHITE. 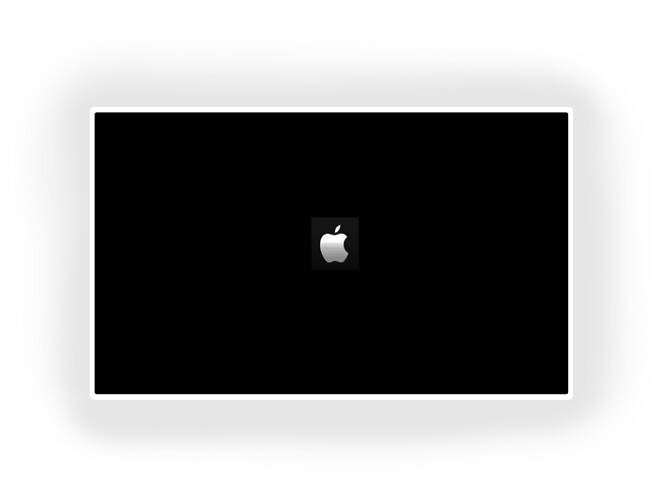 I looked around & tried the ROKU, APPLEtv and boxee-box - the ROKU seemed to be the best deal.

So, our household killed cable, hooked up the massive antenna that was installed in the attic when our house was built (was for FM stereo reception but acts as a great digital signal antenna as well) to receive over the air free stuff and then put a ROKU on our most-watched TV. We pay $8 a month for HULU+ and $8 a month for NETFLIX, that’s it.

The kids always find more than enough to watch, my wife and I have gotten used to watching new network TV shows a day or so later than everyone else and I’ve figured out how to get my NFL football Sunday days & night, Monday night and even Thursday night.

The last two TVs we’ve bought were internet connected (and one is wireless too!) so those don’t need a ROKU - so the market for those devices will soon dwindle. At $50, the basic ROKU seems worth it.

$16 a month plus our already required internet cost and no complaints here.

Scott! Thanks for the reply. That’s exactly what I’ve been looking for! For what I pay in a month for cable, I can cut my bill to $16. Nice. So long Comcast!!

But… how do you see NFL games on Mondays and Thursdays? (PM me if you feel the need…)

i don’t know about appe t.v., i’ve never used it, but i am interested in what the users of it are saying. the roku and wd live boxes are convenient. i use a popcorn hour with a single 4tb drive inside to store a lot of movies and series (a lot of long blurays, like bond movies, starwars, seinfeld, only fools and horses etc). it’s about the same price as an apple t.v., it’s open source (linux) and has really nice free apps and gui’s for movies, bbciplayer, built in t.v. recorder and all the other usual cable and streaming network media stuff.

Hmmmm…I wonder if the Roku set-up will work in Canada. I am pretty sure Hulu+ doesn’t. Damn you CRTC!

It’s not the CRTC’s fault. It the shows/networks have limited distribution licenses for content based on geography. Sucks indeed. Even netflix here has nothing like the amount/quality of content in the US. I was looking into it, but it’s mostly crap.

It’s not the CRTC’s fault. It the shows/networks have limited distribution licenses for content based on geography. Sucks indeed. Even netflix here has nothing like the amount/quality of content in the US. I was looking into it, but it’s mostly crap.

I prefer blaming the CRTC. In Canada it is always the Government’s fault.

I just blame everything on bell and Rogers.

To those wondering about Canada, I believe the Roku will work but Hulu+ won’t and NETFLIX has different content. Of course, all that can be fixed with a US-sourced IP workaround - but I wouldn’t know anything about that (a relative lives in Montreal and knows the ins and outs of it all).